James Howard Kunstler : ‘Economic Recovery’ and a Poverty of Imagination 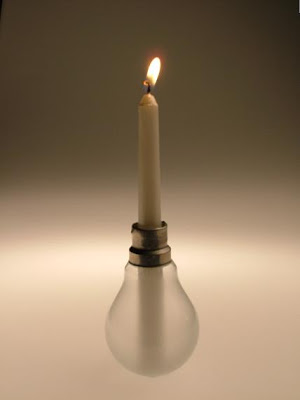 James Howard Kunstler has a comprehensive and blistering view of the current crusade to stimulate the economy; he thinks it won’t work and that it’s based on obsolete and wrongheaded assumptions. He believes a basic change in attitude is required; and that we must swerve sharply from consumerism and “growth” in the direction of sustainability, genuine energy independence and a more manageable sense of scale.

Kunstler, however, fails to mention that among the dead is free market capitalism. Capitalism famously requires growth to survive. The future will require sustainability, not growth. That is inconsistent with capitalism. Hence, the objective conditions of the future will demand socialist organization. The alternative is societal disintegration and real class war.

‘The big question before the nation is: do we try to re-start the whole smoking, creaking hopeless, futureless machine? Or do we start behaving differently?’

Venturing out each day into this land of strip malls, freeways, office parks, and McHousing pods, one can’t help but be impressed at how America looks the same as it did a few years ago, while seemingly overnight we have become another country. All the old mechanisms that enabled our way of life are broken, especially endless revolving credit, at every level, from household to business to the banks to the US Treasury.

Peak energy has combined with the diminishing returns of over-investments in complexity to pull the “kill switch” on our vaunted “way of life” — the set of arrangements that we won’t apologize for or negotiate. So, the big question before the nation is: do we try to re-start the whole smoking, creaking hopeless, futureless machine? Or do we start behaving differently?

The attempted re-start of revolving debt consumerism is an exercise in futility. We’ve reached the limit of being able to create additional debt at any level without causing further damage, additional distortions, and new perversities of economy (and of society, too). We can’t raise credit card ceilings for people with no ability make monthly payments. We can’t promote more mortgages for people with no income. We can’t crank up a home-building industry with our massive inventory of unsold, and over-priced houses built in the wrong places. We can’t ramp back up the blue light special shopping fiesta. We can’t return to the heyday of Happy Motoring, no matter how many bridges we fix or how many additional ring highways we build around our already-overblown and over-sprawled metroplexes. Mostly, we can’t return to the now-complete “growth” cycle of “economic expansion.” We’re done with all that. History is done with our doing that, for now.

So far — after two weeks in office — the Obama team seems bent on a campaign to sustain the unsustainable at all costs, to attempt to do all the impossible things listed above. Mr. Obama is not the only one, of course, who is invoking the quest for renewed “growth.” This is a tragic error in collective thinking. What we really face is a comprehensive contraction in our activities, especially the scale of our activities, and the pressing need to readjust the systems of everyday life to a level of decreased complexity.

For instance, the myth that we can become “energy independent and yet remain car-dependent is absurd. In terms of liquid fuels, we’re simply trapped. We import two-thirds of the oil we use and there is absolutely no chance that drill-drill-drilling (or any other scheme) will change that. The public and our leaders can not face the reality of this. The great wish for “alternative” liquid fuels (bio fuels, algae excreta) will never be anything more than a wish at the scales required, and the parallel wish to keep all our cars running by other means — hydrogen fuel cells, electric motors — is equally idle and foolish. We cannot face the mandate of reality, which is to do everything possible to make our living places walkable, and connect them with public transit. The stimulus bills in congress clearly illustrate our failure to understand the situation.

The attempt to restart “consumerism” will be equally disappointing. It was a manifestation of the short peak energy decades of history, and now that we’re past peak energy, it’s over. That seventy percent of the economy is over, especially the part that allowed people to buy stuff with no money. From now on people will have to buy stuff with money they earn and save, and they will be buying a lot less stuff. For a while, a lot of stuff will circulate through the yard sales and Craigslist, and some resourceful people will get busy fixing broken stuff that still has value. But the other infrastructure of shopping is toast, especially the malls, the strip malls, the real estate investment trusts that own it all, many of the banks that lent money to the REITs, the chain-stores and chain eateries, of course, and, alas, the non-chain mom-and-pop boutiques in these highway-oriented venues.

Washington is evidently seized by panic right now. I don’t know anyone who works in the White House, but I must suppose that they have learned in two weeks that these systems are absolutely tanking, that the previous way of life that everybody was so set on not apologizing for has reached the end of the line. We seem to be learning a new and interesting lesson: that even a team that promises change is actually petrified of too much change, especially change that they can’t really control.

The argument about “change” during the election was sufficiently vague that no one was really challenged to articulate a future that wasn’t, materially, more-of-the-same. I suppose the Obama team may have thought they would only administer it differently than the Bush team — but basically life in the USA would continue being about all those trips to the mall, and the cubicle jobs to support that, and the family safaris to visit Grandma in Lansing, and the vacations at Sea World, and Skipper’s $20,000 college loan, and Dad’s yearly junket to Las Vegas, and refinancing the house, and rolling over this loan and that loan… and that has all led to a very dead end in a dark place.

If this nation wants to survive without an intense political convulsion, there’s a lot we can do, but none of it is being voiced in any corner of Washington at this time. We have to get off of petro-agriculture and grow our food locally, at a smaller scale, with more people working on it and fewer machines. This is an enormous project, which implies change in everything from property allocation to farming methods to new social relations. But if we don’t focus on it right away, a lot of Americans will end up starving, and rather soon. We have to rebuild the railroad system in the US, and electrify it, and make it every bit as good as the system we once had that was the envy of the world. If we don’t get started on this right away, we’re screwed. We will have tremendous trouble moving people and goods around this continent-sized nation. We have to reactivate our small towns and cities because the metroplexes are going to fail at their current scale of operation. We have to prepare for manufacturing at a much smaller (and local) scale than the scale represented by General Motors.

The political theater of the moment in Washington is not focused on any of this, but on the illusion that we can find new ways of keeping the old ways going. Many observers have noted lately how passive the American public is in the face of their dreadful accelerating losses. It’s a tragic mistake to tell them that they can have it all back again. We’ll see a striking illustration of “phase change” as the public mood goes from cow-like incomprehension to grizzly bear-like rage. Not only will they discover the impossibility of getting back to where they were, but they will see the panicked actions of Washington drive what remains of our capital resources down a rat hole.

A consensus is firming up on each side of the “stimulus” question, largely along party lines — simply those who are for it and those who are against it, mostly by degrees. Nobody in either party — including supposed independents such as Bernie Sanders or John McCain, not to mention President Obama — has a position for directing public resources and effort at any of the things I mentioned above: future food security, future travel-and-transport security, or the future security of livable, walkable dwelling places based on local networks of economic interdependency. This striking poverty of imagination may lead to change that will tear the nation to pieces.