For those of you who think Massachusetts is that silly small liberal New England state, our criminal justice issues are no picnic. 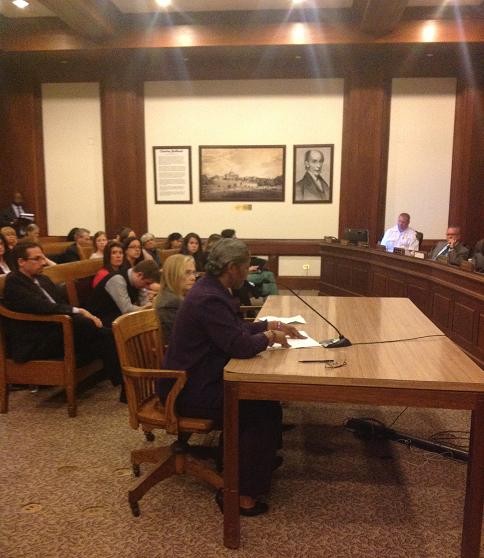 BOSTON — This past March, the Dallas Observer reported that it took more than a year and two special sessions to do it, but last July, the Texas legislature finally provided a constitutional option for punishing teen murderers, stating that a mandatory sentence of life without the possibility of parole is unconstitutional.

On Wednesday, May 14, while many in Massachusetts were preparing for hockey playoffs, or celebrating graduations from college, or merely enjoying the first breaths of spring, tragedy was front and center at the Massachusetts State House, circling around that same issue: how to handle juvenile life without parole in order to be in compliance with statutes, both federally and state-wide.

Advocates, victims, elected representatives and officials came to the State House to testify about what to do with juveniles who commit homicide — although this is relatively rare in Massachusetts, only 20 over the past 30 years said forensic child psychologist Richard Barnum in his written testimony. In Texas, 17 prisoners can now be sentenced to life with parole eligibility, those who received sentences between 2005 and 2012. However, with new crimes, Texas judges also have the option to sentence them to life without parole — it just cannot be a fait accompli.

In Texas, 17 prisoners can now be sentenced to life with parole eligibility.

It is so awful to lose a loved one to murder that the outcry at the State House was understandable. Families who have experienced such losses often speak eloquently. One woman said, “I dread Mother’s Day, a reminder of the day my mother was killed,” and another, “There is no parole from my loss.”

But Massachusetts is in for some difficult years of litigation if it follows the path of Senate Minority Leader Bruce Tarr who filed a bill setting a minimum of 35 years before any juvenile convicted of first-degree murder would be eligible for parole. This bill is in response to legislation passed this year in Massachusetts that went further than the U.S. court: it ended the practice of life without parole for juveniles (JLWOP). Texas is actually going with 40 years before parole eligibility. But they did not pass such legislation ending JLWOP.

Politics has spread wild across the state with victims of families harmed signing a petition to try and get the governor to hear their pain over the new JLWOP ruling. Tarr’s bill, S2008, plays to this, and would set almost impossible standards for our Parole Board to consider such a youth rehabilitated — a potential minefield since the current Parole Board’s release rate has taken a nose dive, some would say, in response to public pressure.

In Tarr’s bill, the Board gets no direction to consider factors such as what a prisoner has achieved behind bars, one of the most important principles in determining if someone is ready to be released on parole. The bill is overly harsh.

So why would the Massachusetts bill get the state into trouble? Let’s go with legal issues first. In 2012 the U.S. Supreme Court ruled that across the country, juvenile life without parole could no longer be a mandatory sentence for youth convicted of first-degree murder, and declared that science had shown us that juveniles were different from adults. Such knowledge needed to be considered at sentencing.

In 2013, Massachusetts went further, and as Barbara Kaban, Director of Juvenile Appeals at CPCS, said in her testimony, the Massachusetts Supreme Judicial Court (SJC) “determined that any death-in-prison sentence for a juvenile is disproportionate punishment in violation of the Massachusetts constitutional prohibition against cruel or unusual punishment.” Such juveniles need to have a meaningful chance at rehabilitation. Bravo to Massachusetts for taking this step.

If we do not put a stop to the idea of 35 years before parole, Massachusetts could face what Connecticut is facing.

Tarr’s bill, however, gained momentum after a grisly murder in Essex last year, and it aims to consider families, he said in his testimony before the Judiciary Committee. But if we do not put a stop to the idea of 35 years before parole, Massachusetts could face what Connecticut is facing.

A former Justice of Connecticut’s top court, David M. Borden, wrote in an op-ed that his state had on the books a bill that would put it in compliance with the U.S. Supreme Court decisions. The House had passed it in full. He warned that without its passage in the Senate, they’d have “years of expensive and unpredictable litigation” and uncertainty for victims. The Senate let it die without a vote.

Many of those in Massachusetts who submitted written testimony against Tarr’s bill cited that endless litigation over legal issues was a definite possibility because S2008 and another bill equally problematic, H.1426, do not seem to honor the spirit of the U.S. Supreme Court decision.

That list of written testimony against these bills was long, and included heavy-hitters such as attorney Bryan Stevenson, who represented the young people in the now-famous 2012 U.S. Supreme Court case I mention above, Miller v. Alabama. It included testimony from a number of youth-centered organizations that have experience with kids and have seen them grow and change; it included a former prisoner who had transformed his life, medical specialists, a former head of the Parole Board, judges, lawyers and youth advocates, as well as CPCS.

Most impressive was Tina Chery. Chery’s son, Louis D. Brown was murdered in 1994, and since that time, she has dedicated her life to helping address community violence. 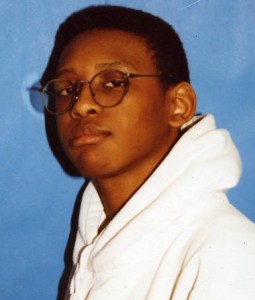 Chery said that there are always two families to consider, the family of the one who was killed and the one whose child wielded the weapon. She said that families preparing to send a loved one to prison find themselves in a similar situation to the families of victims, but rarely receive the help they need to prevent future crimes. “Juveniles must be given meaningful opportunity to change,” she concluded, “and 35 years is not a meaningful opportunity.”

To that end, Tarr’s bill seems based on the idea that juveniles cannot change. Texas, are you really OK with 40 years before parole eligibility for a juvenile?

Joshua Rovner, State Advocacy Associate at the Washington, D.C.-based Sentencing Project, in a telephone interview, said “A good bill gives an opportunity for individualizing cases and gives a Parole Board the opportunity to show rehabilitation. Opportunity for parole is not release.”

Massachusetts should not have a knee-jerk reaction to this incredibly important subject.

Massachusetts should not have a knee-jerk reaction to this incredibly important subject (see the MA case of the most recent improper response during the Cinelli crisis). All too often states make law based on our emotional reactions to tragedy. We should not make law based on emotion rather than on science.

While the D.A. of Essex County and the president of the Massachusetts District Attorneys Association, Jonathan Blodgett, was one of the first to testify, he came armed with fury from the recent tragic killing in his county. While the horror his community felt at teacher Colleen Ritzker’s murder was justified, some of his claims were not. He said that brain science is an “evolving science…a very slippery slope.” But certainly, this sounded like the dispute over climate change, and scientists who have spent their lives studying the brain would sharply disagree with Blodgett.

For years we have known that juveniles are not adults developmentally, emotionally, and psychologically. Researchers such as clinical scientist Antoinette Kavanaugh say adolescent development based on neuroscience shows that kids are different from adults. She insists that techniques like Functional Magnetic Resonance Imagining that are used in brain research are not “new” or “evolving.” The evidence is there and not going away. 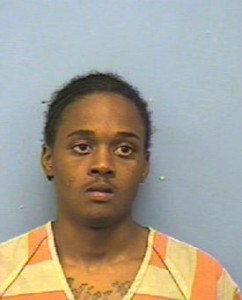 So how do we get out of this mess? We might take our lead from other states that are using this as an opportunity to think more deeply about juvenile justice and not react precipitously. Rovner pointed out that 28 states including Massachusetts were affected by the Miller ruling; eight states plus D.C. had previously banned juvenile life without parole (JLWP) before the Supreme Court ruling, and interestingly this includes Montana, Kansas, and Texas—i.e. not a blue/red division; 14 states had allowed JLWP. But not all used it, including New York, Maine, and Rhode Island.

Rovner said it is also not uncommon for states to seek retroactivity so that those already serving first-degree sentences can come up for parole hearings — Massachusetts has 63 such cases. Texas, Illinois, Nebraska, Iowa, and Mississippi all have sought relief for prisoners already sentenced, i.e. retroactivity.

West Virginia has a law that we might turn to for guidance.

West Virginia has a law that we might turn to for guidance. When a sentence is issued to a juvenile convicted of life, the Court must consider what are called the “Kagan factors,” based on what Supreme Court Justice Elena Kagan said during the famed Miller v Alabama hearing:

And in West Virginia, prisoners sentenced as youth are allowed meaningful chance at rehabilitation and parole eligibility after 15 years.

The Massachusetts State House News Service reported that Gov. Deval Patrick had filed his own bill with a 20-year minimum before parole consideration. This is better than 35 years but it still seems to play into the idea that children are similar to adults.

Bob Gittens, a former prosecutor, Department of Youth Services commissioner, and Parole Board chair under Gov. Michael Dukakis, testified at the hearing that he fears for an “institutionalization” of children who go into adult prisons, making it more difficult for them to change, and he believes that our parole policy should not be “a one size fits all.” He is concerned about juveniles serving 20 or 25 years. “Sooner than later” was his advice.

Gail Garinger, the child advocate for the Commonwealth and a former juvenile judge left the Judiciary Committee with four factors to consider as they deliberated on how to proceed:

Striking the right balance is difficult but Garinger said she thinks 15 years is the right balance to start seeking parole. She also urged that first degree murder jurisdiction for juveniles be returned to the juvenile court.

And certainly, that’s another important story.

An earlier version of this article was published at Truthout.

[Jean Trounstine is an author/editor of five published books and many articles, professor at Middlesex Community College in Massachusetts, and a prison activist. For 10 years, she worked at Framingham Women’s Prison and directed eight plays, publishing Shakespeare Behind Bars: The Power of Drama in a Women’s Prison about that work. She blogs for Boston Magazine and takes apart the criminal justice system brick by brick at jeantrounstine.com where she blogs weekly at “Justice with Jean,” and is a regular contributor to The Rag Blog.]