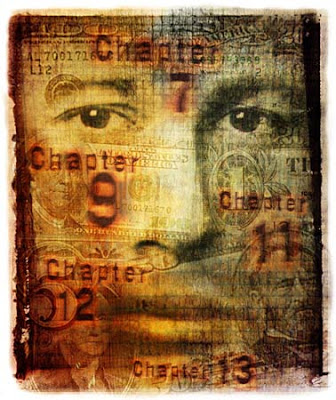 Has anyone else noted the irony that Joe Biden is the Senator who led the “bi-partisan” charge for “banktruptcy reform”? You know, the law that’s now wiping out the people losing their homes, who Obama has been claiming all week he’s in favor of helping?

There’s a reason why every Hollywood contract I ever signed says that the site for legal remedies if I want to go after the bastards for their thieving is the State of Delaware and that the applicable law will be the Corporation Laws of the State of Delaware. Trust me, that reason is not because of the fact that Delaware believes in helping the little guy in a fight over corporate injustice.

This decision is actually a bit harder to swallow than the FISA business, since this is (theoretically) a “pro-people” campaign, as opposed to John McCain’s “pro-corporation” campaign.