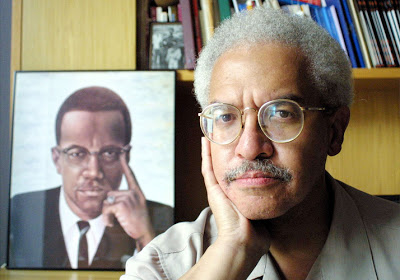 Renowned African-American scholar, Dr. Manning Marable, 60, died April 1 of complications from pneumonia, three days before the publication of his long-awaited biography of Malcolm X, a book he had been working on for the last 15 years.

Marable was founding director of the Department of African American Studies at Columbia University. Since 2002 he had directed Columbia’s Center for Contemporary Black History.

According to National Public Radio, Malcolm X: A Life of Reinvention, “introduces new information that could reshape the widely accepted narrative” of Malcolm’s life.

In hindsight, this is embarrassing to admit, but here goes. When I first met Manning Marable in 1996, at age 26, I was nervous. Partly I was on edge because I was trying to make a big decision: Should I pursue a Ph.D. in African-American history at either Rutgers or Michigan, where I’d been offered full funding? Or, should I go to Columbia (my first choice), with no money upfront, but with some vague possibility of securing a teaching fellowship down the line?

Months before, Manning had already written me to say that if I were admitted to Columbia, he’d be keen to take me on as one of his graduate students. (That was a thrill unto itself!) Nevertheless, I couldn’t help but wonder (and this is the embarrassing part): did he know I was white? And if so, would he have any doubts about my commitment to Black Studies, or my intellectual authority to work in the field?

Keep in mind, by then I’d read virtually all of Manning’s major works, including the earlier, more polemical stuff, like How Capitalism Underdeveloped Black America, where he declared, “Progressive white Americans must succeed in overturning their own racism.”

No problem there, I chuckled. I’d long made a point of challenging racism in others, and I’ve always tried (to the best of my ability) never to tolerate it in myself. But then, he added this:

“Nothing short of a commitment to racial equality and Black freedom such as that exhibited by the militant white abolitionist John Brown will be sufficient.”

There was only one way to gauge Manning’s attitude, and that was to show up at his office. I made the haul all the way from mid-Michigan to New York City in my Chevy pickup truck. At that point in my life, I’d never been anywhere near an Ivy League campus. My first memory of the area around Columbia comes from driving up and down Broadway, Amsterdam Avenue, and perhaps a dozen cross streets in-between, again and again, trying to find a parking space.

As soon as I met Manning, though, all of my anxiety melted away. As anyone who knew him would agree, one of his most striking qualities was his affability. And although I probably would not have said this in print while he was still alive, the plain fact is, he really did look a lot like a teddy bear.

One thing I remember from that day is how vigorously he stressed the fact that he saw himself as both a scholar, and an activist. For him, the two vocations were inseparable. What’s more, he wanted me to know that when he became the founding director of the Institute for Research in African American Studies (IRAAS) a few years earlier, he’d envisioned it as fundamentally a community resource.

To this end, he had a remarkable capacity for making time for virtually anyone who wanted something from him, even including the conspiratorial-minded guy with the rusty stains on his shirt (or was it blood?) who would occasionally show up unannounced at Manning’s door, asking to bend his ear.

Then there was this other fellow: he was never around, except for on the periodic occasions when the Institute would lay out a very nice buffet in honor of some distinguished guest speaker, in which case he would always be there, first in line, testing the capacity of his Styrofoam plates with enormous mounds of chicken wings, mini-quiches, cocktail shrimp, and whatever else. (Okay, I’ll confess: I once watched as Manning observed this guy from the corner of the room in silent disbelief, before finally sighing and rolling his eyes.)

Manning also seemed like one of the hardest workers in all of academia. In the mid-to-late 1990s, you might recall, a contingent of “black public intellectuals” was suddenly gaining more exposure than they’d probably ever dreamed of. After a long period during which black scholars were more likely to toil away in obscurity, with their contributions being slighted or overlooked, now at least a few of them — through a combination of intelligence, charisma, and moxie — seemed to be everywhere.

And while some celebrated the new visibility of people like Henry Louis Gates, Jr., Cornel West, and Michael Eric Dyson, others sensed a certain entrepreneurialism in their approach. Sure, they could all talk a very good game, people used to grouse. Hell, put them in range of a microphone, and they’ll talk about anything! But when it came to scholarship, what did they actually do?

That was never quite my own view, but regardless: nobody ever credibly said such a thing about Manning. True, he made TV appearances and gave paid lectures (oh, how he must have loved Black History Month). But he was also an author of god-knows-how-many books and articles, the great bulk of which showcased his immersion in fields as diverse as history, sociology, political science, economics, and even literature.

His new, nearly 600 page opus, Malcolm X: A Life of Reinvention, is already being celebrated as an exhaustively researched tome, one that will completely upend our understanding of that fabled leader.

What an incredible exercise in self-restraint it must have been to keep plugging away on that biography for 15-odd years, all the while sitting on so many explosive revelations. I remember him excitedly making a few vague allusions to the discoveries he was making, way back in the day. Now we all know just what he was onto..

The past few days, I’ve been sad about the fact that I didn’t stay in better touch with Manning in recent years, though I can take some solace from the fact that about six weeks ago, I sent him a warmly inscribed copy of my first monograph. I have so many fond memories from the three-year period that I worked for him, but I’ll always treasure that first meeting the best. After listening to my concerns, putting me at ease, and making me laugh, he said something I did not expect: “I might be able to help you out.”

Five months later, I’d relocated to Manhattan, and I was meeting a considerable portion of my grad school expenses by working as his research assistant. (We collaborated on two books.) Without him, I’m not sure I’d have mustered the courage to go to Columbia, something that later turned out — without question — to be one of the great blessings of my life.

And yet whenever I tried to thank Manning for anything — whether for helping to pay for my education, or for buying me a sandwich (as he sometimes did), I always got the same response. He’d shrug, smile impishly, and say, “Hey, what do you expect? I’m a socialist!”

[John McMillian is Assistant Professor of history at Georgia State University. His most recent book is Smoking Typewriters: The Sixties Underground Press and the Rise of Alternative Media in America (Oxford, 2011).] A version of this article was published at The Atlantic.] 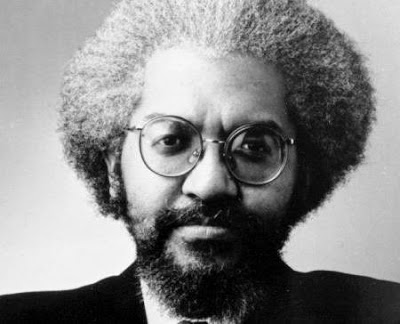