Jonah Raskin :
BOOKS | ‘There may not be answers’ 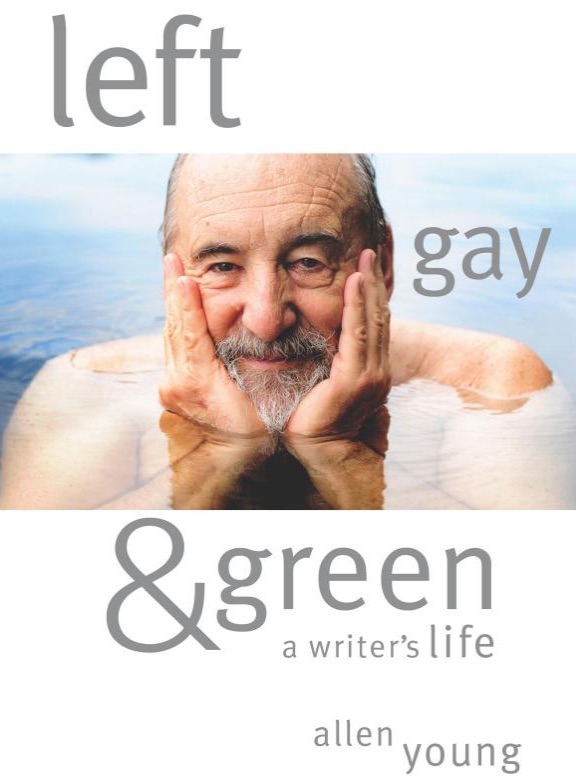 “Rejection of marginalization is certainly not the same as assimilation.” — Allen Young

Allen Young begins his autobiography in March 1970, with a march on the streets of Manhattan that was sponsored by the Gay Liberation Front (GLF) and the Gay Activists Alliance (GAA). It’s a good time and place to begin. After all, as Young himself explains he was “a pioneering gay activist” and New York was at that time, the place where he lived, worked, marched, and protested.

His identity as a gay man is at the heart of this book, though it also explores his life and times in the radical movements of the 1960s and early 1970s, and his experiences in rural, western Massachusetts on Butterworth Farm.

Young also portrays his parents who were, he says, members of the American Communist Party at a time when millions of U.S. citizens moved into and out of the CP because they were against racism and segregation and the exploitation of the working class.

His portrait of his sister Diane, who became one of his best friends, is brilliant.

I have known Young since about 1960 when we were both at Columbia College.

I have known Young since about 1960 when we were both at Columbia College, the undergraduate men’s division of Columbia University. I have remained friends with him for nearly 60 years. In 1967, he urged me to join Students for a Democratic Society (SDS). I did that. He also recruited me to write for Liberation News Service (LNS) and that I also did.

Like Young, I was the son of CP members. Like him, I became a part of the New Left, and like him I have remained more or less true to my Sixties’ past, though perhaps less dogmatic than I once was.

In the preface to this book, Young writes, “You don’t have to read every word.” He also writes that he hopes that readers will have a shock of recognition and say, “I remember that moment, too.”

Indeed, there are many moments in this book that, stirred by memories and led me to identify with the author, though I never did participate directly in the gay liberation movement.

I have been what Young often describes as “straight” though I have told him that I don’t care for that label, or indeed for any labels.

He reflects about his identity as a radical, a homosexual, and an environmentalist.

In the Afterword in which he offers his reflections about his identity as a radical, a homosexual, and an environmentalist he says, “At a time when many people are rejecting labels altogether, I affirm my continued comfort with these categories.”

But about midway through the book he also says, I can’t think of any label I’m entirely comfortable with.” 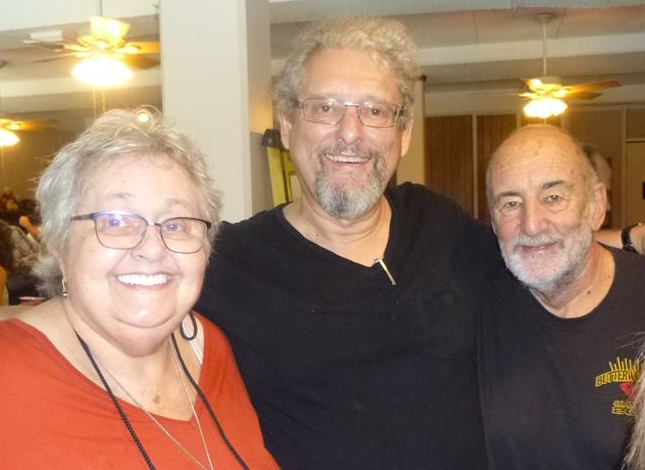 Young is his own person. He has carved out his own path in life and he has hewed to it. In a chapter titled “On Being A Jew” he writes that while he “cares about many things… being Jewish… does not seem to rank very high.”

Still, he ends the chapter with the sentence, “I am a Jew.”

From my perspective, the most valuable, important and emotionally moving parts of the book are about Young’s identity as a gay man, his participation in the gay liberation movement, and his role as a writer on gay themes.

He explores his conflicts about being gay and his attempts to deny that identity.

That’s because the author explores in depth his own feelings, ideas and experiences, including his conflicts about being gay and his attempts to deny that identity, as well as his unsuccessful efforts to force himself to become a heterosexual, get married and have a family.

At the end of the book, he writes that he was finally able to free himself from the “repression imposed” on him “by the outside world.” There are lots of examples of that repression throughout the book itself.

Young also writes about the ways that he internalized the society’s view of homosexuality and homosexuals.

Indeed, he felt guilty about being gay, “compartmentalized” much of his life, kept secrets and remained largely in the closet for decades, though while he lived in Brazil in the 1960s he “came out” more than ever before. It was a long slow process of liberation.

Thus, he writes, “I was frequently uncomfortable as a closeted gay man, increasingly self-confident in my sexuality, but convinced that I needed to keep it secret.”

Young explores his own internal conflicts, and is candid enough to describe his thoughts about taking his own life.

Candor is a keynote of the whole book. There are also sections in which the author provides useful analysis, as for example when he talks about “gay assimilation” and explains that, “Rejection of marginalization is certainly not the same as assimilation.”

There doesn’t seem to be any aspect of his life that he doesn’t make public.

One has to read or skim and hunt for places where Young offers long lists of people he has known and worked with, including the LNSers and the author and teacher, Karla Jay, with whom he collaborated on two important books, Lavender Culture and The Gay Report.

The section about the publication of The Gay Report offers insights into the ways that major New York publishers handle books that don’t conform to mainstream values and ideas. “The Gay Report is a good book that should have been a best-seller, but it wasn’t,” Young writes, seemingly without bitterness.

I realize that some readers will especially enjoy the sections of this book about the New Left and LNS in particular.

Young aims to set the record straight about LNS history. While Ray Mungo and Marshall Bloom were riding around Washington, D.C. in a hearse, and checking out the scene after Martin Luther King’s assassination in 1968, Young says that he was “back in the office putting out an LNS packet pretty much” on his own.

Perhaps so. But was he really alone in the office? One wonders.

He comments about the underground press and ‘the myth of objective journalism.’

There are useful comments about the production of the packets, the role of the underground press, and about “the myth of objective journalism,” but as Young himself points out there are already at least half-a-dozen books about LNS, including Mungo’s Famous Long Ago, which he calls “entertaining but self-serving.”

I am also not sure that the New Left was “just another branch of the repressive anti-gay society,” as Young calls it. I know there was homophobia in SDS, but I also remember that in some SDS and New Left circles there was more understanding of the oppression of gay people than in the society as a whole.

After all, Young came out of the closet to me, and to my then wife, Eleanor, both of us SDS members. We accepted him for who he was.

About mid-way through his autobiography, he writes, “I am now on the side of those who admit there may not be answers.”

I lean toward that side, though I also think there are some answers to some questions, including an end to police violence and shootings in schools.

To those who want to explore and think about the protest movements of the past, I recommend Left, Gay & Green: A Writer’s Life. I’m glad that Young has written it. I hope that my comments will persuade readers to dive into the book. I also hope that it finds the wide audience it deserves, whether you’re gay or green or left or don’t care for labels of any kind.

[Jonah Raskin is a frequent contributor to The Rag Blog and the author of For the Hell of It: The Life and Times of Abbie Hoffman and American Scream: Allen Ginsberg’s “Howl” and the Making of the Beat Generation.]

2 Responses to Jonah Raskin :
BOOKS | ‘There may not be answers’