He was a man with a deep moral consciousness who followed the dictates of his heart and his head no matter where they took him. 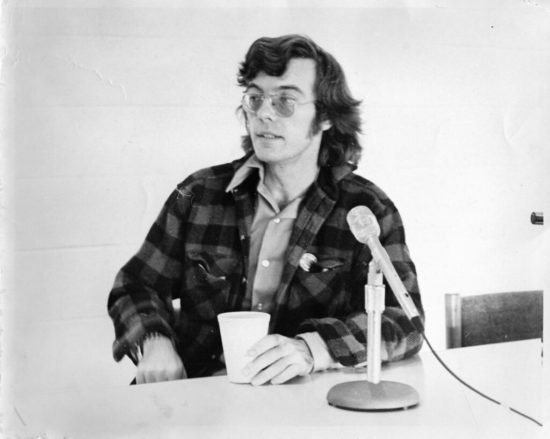 SONOMA COUNTY, Calif. — Rennie Davis sometimes seemed like the all-American boy who lived in the house next door that came with a lawn and a picket fence. In some ways he fit the stereotype.

Unlike Abbie, Jerry, and Tom, Rennie’s roots were patrician. Born in Michigan and raised in Virginia, he belonged to a 4-H Club as a boy. His father worked in President Truman’s administration as chief of staff for the Council of Economic Advisers.

I remember him as boyish, with a certain naivete.

Still, the more one looked, the less all-American he appeared to be. Something was going on beneath the surface that even he didn’t recognize. The Vietnamese did.

After Rennie’s death on February 2, 2021, Bui Van Nghi, the secretary general of the Vietnam-U.S. Society, wrote, “We will always remember Rennie’s goodwill, affection and contribution to Vietnam as one of the most known peace activist/leaders and organizers of peace-loving and student/youth forces/movements in the U. S. during the American War in Vietnam.”

Bui added, “Rennie Davis will never be forgotten and he will forever be in our hearts and minds.”

Rennie was a man with a deep moral consciousness who aimed to follow the dictates of his heart and his head no matter where they might take him.

Did he take a wrong turn? I am not here to judge him. We shared too much history as anti-war activists, especially during Mayday in 1971 for me to sit back and take him to task for what he did or didn’t do.

The first time I met Rennie was in the early 1960s, before the advent of SDS.

The first time I met Rennie was in the early 1960s, before the advent of SDS, when he was at Oberlin and I was at Columbia. Along with our contemporaries, we wanted to bring activism to college campuses.

The last time I saw Rennie was in 2015 in Berkeley, when he appeared on a panel with Judy Gumbo and Frank Joyce in the public library. The topic: Vietnam. It was the 40th anniversary of the end of “the American War,” as the Vietnamese call it.

After all, they had also fought against the Chinese, the Japanese, and the French. Listening to Rennie, and watching him, too, I felt that he was two different people: the passionate anti-war activist; and the starry-eyed spiritualist and follower of the Guru Maharaji Ji.

“My name is Rennie Davis,” he began, as though he need not say more. He paused for a moment and went on: “At the beginning of the 1960s, millions of young people were about to come together to change the world, though they didn’t know it. We’re about to do it again.”

He added ominously, ‘We’re headed for a perfect storm…’

He added ominously, “We’re headed for a perfect storm, politically, environmentally, economically. Events like the drought will drive citizens from their regular lives. They will leave society and transform everything.”

Davis was “right on,” to borrow a Sixties cliche. The world was and still is headed for a perfect storm, politically, environmentally and economically. But it wasn’t so much climate change and the drought, but rather police brutality, sexism, patriarchal power and the corruptions of the Trump White House that brought millions of citizens, old and young, into the streets to call for democracy and social and economic justice.

Moreover, citizens didn’t abandon their lives and turn their backs on society, as Rennie would have liked. All through the pandemic, they (or should I say we) have aimed to keep jobs, homes, and attachments to our families. At the same time, we have gone into the streets of America to protest, as we have rarely done since the Sixties.

The danger of prophecy is that the future rarely turns out the ways that prophets predict, though it usually turns out as dark as anyone imagines. (See Huxley’s Brave New World, Orwell’s 1984, and dozens of dystopian novels that have appeared over the past half-century.)

By the time that Rennie hooked up with his teenage guru, the 1960s were over.

By the time that Rennie hooked up with his teenage guru, the Maharaji Ji, the 1960s were over and antiwar protests were mostly a thing of the past, though the war didn’t formally end until 1975.

Sixties folk scattered: Abbie became a cocaine smuggler, was arrested and went underground where he turned into an environmentalist. Jerry Rubin joined the self-help movement, went to Wall Street to make money and recreated himself as a Yuppie. Tom Hayden went into electoral politics in California, married Jane Fonda and rediscovered his Irish roots.

Rennie was the primary organizer of Millenium ’73, the massive three-day event at Houston’s Astrodome at which the Guru Marahaj Ji revealed his vision to usher in a new era of peace. That week, Rennie debated satirist and original Yippie Paul Krassner on KPFT, Houston’s Pacifica radio station. Thorne Dreyer wrote about it all in Texas Monthly in January 1974.

The fact that Rennie changed wasn’t unusual. But turning to an Indian guru and claiming that he had seen “the light” seemed at the time more radical than anything Abbie, Jerry and Tom did.

Rennie’s path seemed to come out of nowhere and
to lead nowhere.

There was a certain logic to Abbie’s smuggling, Jerry’s adventures in pop psychology, and Tom’s role as a California politician. Rennie’s path seemed to come out of nowhere and to lead nowhere, except into a wilderness with few followers.

I worked with Rennie in the months and weeks leading up to Mayday 1971, when tens of thousands of Americans flocked to the streets of Washington, D.C. I was among them. Our slogan was, “If the government won’t stop the war, we’ll stop the government.” To the best of my recollection, Rennie was, more than anyone else, the author of the slogan. He meant it, too.

After he joined his guru, he held a press conference in New York. I attended and listened attentively as he tried to explain his turn toward spirituality in terms of science. When one meditated and entered into another state of mind, he said, the human brain released a chemical and one saw God. I found that concept intriguing, but I didn’t buy it.

Later that year I wrote a novel titled The Animal Kingdom whose main character was based on Rennie. It was never published, though I never forgot the novel or Rennie. So, when I heard he would be speaking in Berkeley with Yippie Judy Gumbo and with Frank Joyce, a long time director of public relations for the United Auto Workers (UAW), I knew I had to go. I wasn’t sorry I did.

A New Age was dawning, he told his listeners.

Wearing a purple shirt, his white hair drawn behind his head in a ponytail, Davis stood at the podium, looked straight at the audience and spoke without notes. A New Age was dawning, he told his listeners, many of whom were veterans of the anti-war movement. They were joined by a contingent of 20 or so Vietnamese-Americans, all of them women and all of them first-year students at the University of California at Berkeley, enrolled in an Asian-American studies class.

When their teacher informed them that millions of Americans had protested the war in Vietnam, they were shocked and impressed. Davis seemed to speak directly to them, especially when he explained that he had reached out to, and met with, refugees from Vietnam who had fled from communism and their own country and settled in Orange County, California.

In the question-and-answer period that followed the formal presentations, Davis explained that when he traveled in Vietnam he was treated like a hero.

“I’m a democrat with a small d,” he added, lest anyone mistake him for a communist. He added, “This is an opportune time to work with the Vietnamese because the White House wants to wean Hanoi from China and to persuade the government to become our ally.”

With his heart and soul, he was still linked to Vietnam.

With his heart and soul, he was still linked to Vietnam.

Frank Joyce and Judy Gumbo were less messianic than Rennie, though no less passionate. Joyce wore a Detroit Tigers sweatshirt. “I’m from Motor City,” he told the audience. “We know about paradigm shifts.” Of the anti-war movement, he added, “We were naïve. We didn’t learn the lessons of McCarthyism.”

Judy Gumbo listened attentively to Joyce and Davis. When it was her turn to speak she described her visits to Vietnam in 1970 and again in 2013 when she observed what she called a “developing socialist-orientated market economy.” Wearing hippie garb and a jacket from her most recent trip to Vietnam, she said, “We fought for independence for Vietnam, and if the Vietnamese want to choose socialism that’s up to them.”

She looked at the audience and raised her voice a tad. “The message that we brought back from the Vietnamese on our recent trip was ‘thank you for helping to halt the war,’” she said. Gumbo added, “A Vietnamese man told me something I really remember. ‘Go slow, so you don’t fall down.’”

All through “the American War,” Rennie went slow and steady, never fell down and never carried a gun or fired a shot. He was poorly served by Aaron Sorkin’s film The Trial of the Chicago 7. Not surprisingly, he didn’t like the way he was portrayed: as a nerd. Rennie Davis deserved much better than that. I remember him as a courageous anti-war activist.

[Jonah Raskin, a regular contributor to The Rag Blog, is the author of For the Hell of It: The Life and Times of Abbie Hoffman, recently translated into French and published in France under the title, Pour le plaisir de faire la révolution, and of American Scream: Allen Ginsberg’s ‘Howl’ and the Making of the Beat Generation.]