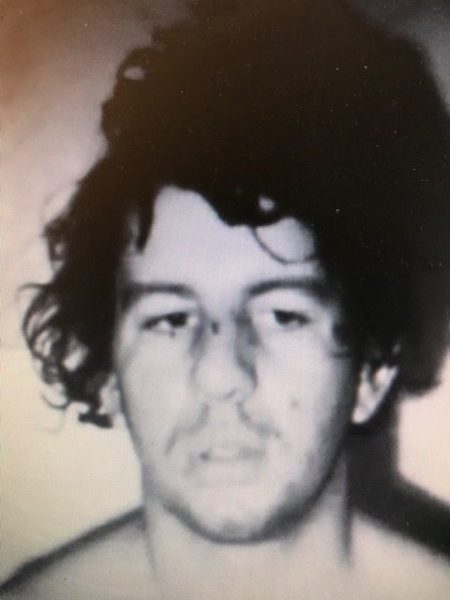 The author after being assaulted by NYPD cops, 1969. Photo: Pacific Street Films / CounterPunch

I know your eyes are glued to the circus in D.C. and the slaughter that’s taking place in Afghanistan and half-a-dozen other places in a world that’s on fire. I’m paying close attention, too. I’m also paying attention to my strangely electrifying memories of the night I was arrested and beaten by a dozen or so New York City cops until I was black and black, my skull cracked open and bones broken.

There have been worse beating since then, but at the time the ACLU said it was the worst beating in NYC history. Fifty years later, some of my bones haven’t healed; several fingers are crooked and a near-constant reminder of the occasion when my pal, Robert Reilly, and I were detained for hours in two precincts in Manhattan and worked over, so to speak, at the behest of John Finnegan, known informally as “Captain Jack,” the head of the infamous Red Squad, which was the subject, decades ago, of a documentary by Joel Sucher (of Pacific Street Films).

Sucher tracked Finnegan to Hawaii, where he had retired and then turned the tables on the man whose job it was to keep track of protesters and tell cops who to beat. Finnegan, who always looked impeccably Ivy League, fingered me and Reilly and other demonstrators who were in the streets of midtown Manhattan on the night of December 9, 1969, and ready for bloodshed.

We were armed with rocks, bottles, and clubs.

There were more than 3,000 of us armed with rocks, bottles, and clubs. We were protesting two things: the assassinations of two Chicago Black Panthers, Mark Clark and Fred Hampton, five days earlier while they were asleep; and the fact that Nixon was in the Waldorf Astoria where he received the National Football Foundation’s Gold Medal.

Nixon delivered a speech, which I read days later, in which he said he believed “in telling the truth about football and everything” and that “our great assets are not our military strength or our economic wealth, but that America’s young people produce the kind of men that we have in American football today.”

By the time that December 1969, rolled along, I had been protesting for a decade, on the campus of Columbia, where I was a student, and on the streets of New York, which I knew almost as well as I knew the campus. I was arrested and jailed twice by December 1969. Over the course of the 1960s, I protested against segregation and for integration, against nuclear testing and for peace, against the House Un-American Activities Committee and against the Vietnam War. There were a lot of reasons to protest.

She mocked the Buddhist monk after
he set fire to himself.

On one occasion in 1963, I protested, all by myself, the arrival on the Columbia campus of the notorious Madame Nhu, known from 1955 to 1963 as “the First Lady of Vietnam.” What especially irked me was that she mocked the Buddhist monk, Thich Quang Duc, after he set fire to himself on a Saigon street to protest the persecution of Buddhists by the regime of Ngo Dinh Diem. Madam Nhu labeled Thich Quang Duc’s self-immolation a “barbecue” and stated, “Let them burn and we shall clap our hands.” I struck the window of the limousine in which she was seated and watched her flinch.

By 1969, I had signed petitions, sent telegrams, written letters to several presidents, marched in front of the White House, and joined picket lines in Manhattan. On December 9, I wanted to do something I had never done before: put my body on the line (wasn’t that what Mario Savio suggested we do?) and damage property as a way to make a statement that words on the page seemed inadequate to convey.

After I was arrested and beaten and charged with criminal anarchy and attempted murder of a police officer, a college friend came to visit me in my apartment. “You were crazy to do what you did,” he told me. Perhaps I was.

‘Trashing’ had become a frequent
form of protest.

To smash six huge plate glass windows at Saks Fifth Ave, the posh department store, took a certain degree of madness, though smashing windows, or “trashing” as it was known, had become a frequent form of protest and even a way of life by the end of the decade, at least for protesters known as “militants.”

Mick Jagger and The Rolling Stones had popularized the idea of rioting when they sang, “Everywhere I hear the sound of marching, charging feet / the time is right for fighting in the street.” A few years later, Nick Lowe would sing, “I love the sound of breaking glass / I need the noises of destruction.”

Those apocalyptic songs didn’t cause me to trash. I can’t blame Jagger and Lowe. I had plenty of pent-up motives, some personal and some overtly political, without their lyrics to goad me. Still, their hit songs reflected my own feelings and the collective experience that was expressed in the streets of Los Angeles, New York, and Chicago where the Weathermen staged their “Days of Rage.” With the Yippies, the Up Against the Wall Motherfuckers, and other left-wing groups, it was cool to trash.

I started the evening’s festivities by
hurling a few rocks.

I started the evening’s festivities on December 9 by hurling a few rocks, which I had brought with me for the occasion. I aimed them at the window outside the office of TAP, the Portuguese Airline, which cracked and then shattered into a thousand pieces. A kid with an aerosol can spray painted the words “off the pig” on the wall of a near-by building.

Mounted cops drove their horses into the crowd, and, though we retreated briefly, we also regrouped. Christmas lights twinkled in the darkness. I made my way from Fifth Avenue to 50th Street, admired St. Patrick’s Cathedral and then looked with a kind of longing at the seductive windows at Saks Fifth Avenue.

I picked up a club that happened to be lying in the street and held it in my hand. Suddenly, a window cracked and a mannequin in an evening gown collapsed. Someone shouted, “The pigs are coming.” No matter, I thought. After I heard the lovely sounds of breaking glass, I wanted to hear them again. I smashed a total of six windows and ran east toward Madison Avenue.

I raised my hands over my head
to protect myself.

Several men, one of them wearing a tie-dyed shirt, and fringe jacket, came toward me. I barreled my way ahead, but they began to club me. I raised my hands over my head to protect myself, and then fell to the sidewalk. One of the men had a gun. Another wore a badge. I looked down and saw that I was handcuffed, and so was Bob Reilly, a 40-year old New York high school teacher, who had tried to protect me, and who was rewarded by being beaten and arrested.

At some point we were both taken to Roosevelt Hospital. My battered head took about 18 or so stitches. I thought the worst was over and so did Bob’s wife, Barbara, my mother-in-law, Annie Stein, and my dear friend, Dana Biberman, who stood outside the entrance to the hospital and watched as we were taken away in a squad car.

That night and well into the next morning, the police moved us from one precinct to another. At the 18th, an ACLU lawyer named Paul Chevigny, who specialized in cases of police brutality, tried to talk to us and was prevented from doing so. At about midnight, we were taken to the 17th, pushed down a flight of stairs and careened off the walls.

Two cops, one Irish and the other Italian, both Vietnam veterans and the ringleaders of the beating, moved Reilly and me quickly past the desk sergeant and hurled us into a back room, where a dozen or so men took turns kicking, hitting, and verbally abusing us while we were handcuffed, facing the wall so we couldn’t see anyone clearly, or know when a blow was coming. It didn’t help matters that my glasses were removed and crushed. One cop who had been watching the assault, approached me and said, “You’re getting off easy. They ought to kill you.”

I lost track of time and felt like I was losing consciousness. “Don’t fall down, Reilly told me. “If you do they’ll kick you in your face and your balls.” I forced myself to stay awake. One cop held my outstretched hand and said, “Wanna see a neat trick?” He struck a match and placed it under the palm of my left hand. Yeah, it hurt. It was a neat trick. Another cop filled a bucket with cold water and emptied it over my head.

Then we were taken in a squad car to the 4th Precinct, along with a hippie kid who rapped nonstop about his commune on the Lower East Side and how he felt about Nixon and the War in Vietnam. “You sound like a Communist,” one of the cops said. The hippie kid brazenly replied, “I don’t want no government and no cops in my country.”

The Village Voice published my
photo on page one.

In court the next day bail was set at $30,000. My father and my mother-in-law put up $3,000 cash. Reilly and I walked. The Village Voice published my photo on page one, along with a story by Jack Newfield that provided me with a degree of notoriety. The New York Times ran a story that said, “2 Arrested at Anti-Nixon Protest Say They Were Beaten by Police.”

A few days after the beating, a photographer from Youth Against War and Fascism, a boisterous Marxist-Leninist organization, took pictures of my battered and bruised body, and gave them to Chevigy at the ACLU. His office was burgled and the photos robbed. Nothing else was taken.

I remember that when I returned to my apartment the day after the beating, I looked into the bathroom mirror and didn’t recognize myself. My hair was matted and bloody, my skin blue and purple and one eye was partially closed. I swallowed a couple of Demerol and went to bed. The next morning when a longtime friend came to console me, I pretended that nothing bad had really happened. I opened a volume with Che’s essays and read aloud, “Whenever death may surprise us, let it be welcome, provided that our battle cry has reached a receptive ear, and another hand has reached out to take up our weapons.”

The decade of the 1960s was ending and the Sixties were busy being born. I was never arrested again, though I went into the streets to protest for another decade or so. I learned to act clandestinely, and when I needed to, to run very fast from the cops and elude capture and a beating.