Paul became what he called an ‘underground abortion referral service.’ 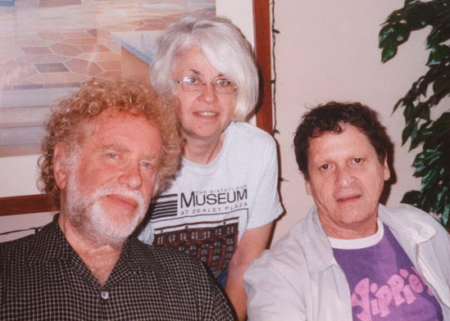 [Paul Krassner, legendary social satirist, editor of The Realist, and a founder of the Yippies, died July 21, 2019, in Desert Hot Springs, California, at the age of 87.]

I first met Paul at Anita and Abbie Hoffman’s apartment on St. Mark’s Place in April or May of 1968. I ingested Paul’s honey in Lincoln Park right before Yippies were gassed and beaten protesting the Vietnam War at the Democratic Convention in Chicago, and I was there for Paul’s abbreviated testimony at the Chicago Conspiracy Trial in 1969. Paul, my husband Stew, and I remained friends from then on, through Stew’s death in 2006 until today.

Of all the memories I have of Paul, perhaps the most vivid is of a conversation we had about 1962 — before he and I ever met. Paul told me how he helped women obtain abortions. He had written an article in The Realist about a sympathetic physician in Ashland, Pennsylvania, who provided abortion care to women. Abortion was illegal at the time. Paul did not publish the physician’s name.

After Paul’s article appeared, desperate women began to telephone him.

After Paul’s article appeared, desperate women began to telephone him, and he became what he called an “underground abortion referral service.” This physician was arrested; Paul continued referring women to other physicans; Paul himself was subpoenaed but refused to testify; Gerry Lefcourt defended him and ultimately Paul’s subpoena was dropped. Despite both of us being Yippies, in my opinion, helping women find abortion care when it was illegal was the most humane thing Paul ever did.

Paul also appreciated words. Since I wasn’t present at the founding party, Paul insisted I call him a founder of the Yippies but call myself a Yippie original. At first I protested (of course) but I quickly recognized that Paul was right. I now proudly call myself an original Yippie in everything I say or write.

[Judy Gumbo Albert was an “original Yippie” and Paul Krassner was a founder of the Youth International Party. Other Yippie originals included Abbie and Anita Hoffman, Jerry Rubin and Nancy Kurshan, and Judy’s late husband, Stew Albert. Judy has a Ph.D. in sociology and spent the majority of her professional career as an award-winning fundraiser for Planned Parenthood. Her website is Yippie Girl.]