Brandon Bryant, who spent six years as a drone sensor operator, has stepped forward out of guilt and concern about the killing of American citizens. 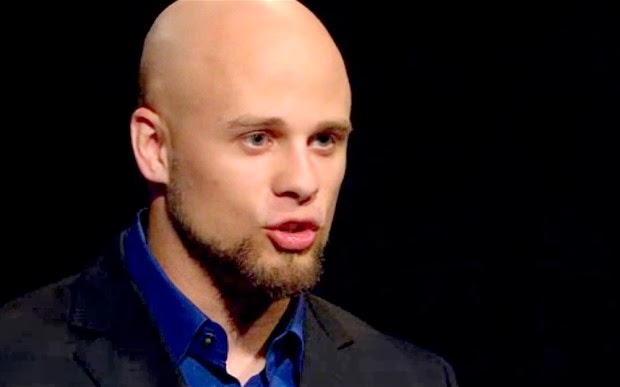 This past week, thanks to Edward Snowden and other whistleblowers, whose disclosures have been reported by Jeremy Scahill and Glenn Greenwald, we have learned some of the truth about America’s use of drones to kill our perceived enemies, even when they are U.S. citizens.

Deploying drones is not necessarily (and apparently seldom) based on human intelligence, but is grounded in technological confirmations that the person we target for assassination may be where we think he (or maybe she) is. A common source of confirmation is often a cell phone signal that our government associates with the target, or the trackable SIM card of the cell phone.

The National Security Agency (NSA) provides its metadata about cell phone use to the Central Intelligence Agency (CIA) and the Joint Special Operations Command (JSOC). That metadata may reveal calls made from one phone to many others, but the content of the communications involved is not known. Problems with this system arise because some individuals use multiple SIM cards (16 in one case) and may lend the phone to a family member or friend.

We cannot know before the drone attack what human beings are in harm’s way.

Because we have no human intelligence showing who is at the location of the targeted phone, we cannot know before the drone attack what human beings are in harm’s way, or even if the target is with his phone.

Consequently, many civilian casualties result from our use of drones. At least 273 civilians in Yemen, Pakistan, and Somalia have been killed in drone strikes in the first five years of the Obama presidency according to conservatively-gathered information provided by the Bureau of Investigative Journalism, an independent not-for-profit organization established in 2010 in the UK. In 2012, at least 16 Afghan civilians were killed by U.S. drone strikes according to CBS News.

The President gives the CIA or the U.S. military a 60-day authorization to hunt down and kill those we want to kill. During that 60-day period, the target may be tracked by his phone, the SIM card, or by imagery intelligence (IMINT), described by Scahill as “a satellite image of an individual that they think to be this suspected terrorist.” The drone assassination guidelines do not require that there be human confirmation that the technology tracked is in the possession of the person targeted.

A little-known aspect of drone technology is that drones can carry with them a device that acts as a cell phone tower, allowing the drone to home in easily on the targeted cell phone. In addition, each of these drones, while out targeting a suspected terrorist, is able to gather data of all other cellphones being used in that area of the world, information that is then used by the NSA to further of its data-gathering.

Scahill and Greenwald have another source, other than the information obtained through Snowden, that has confirmed that the government uses this process in its drone assassination program. That source is a whistleblower who has worked directly for the JSOC. But President Obama has described the drone program in a way sharply different from that of Scahill, Greenwald, and their sources:

And before any strike is taken, there must be near certainty that no civilians will be killed or injured — the highest standard we can set. Yes, the conflict with al-Qaeda, like all armed conflict, invites tragedy. But by narrowly targeting our action against those who want to kill us and not the people they hide among, we are choosing the course of action least likely to result in the loss of innocent life.

Such explanations are belied by the large number of people killed in targeted drone attacks who are attending weddings and funerals, or are in such public locations as cafes and shopping areas. According to Scahill’s and Greenwald’s reporting, the NSA teams who do the tracking have a motto, “We track ’em, you whack ’em,” that suggests a callous disregard for human life.

It was this callousness that caused yet another participant in the drone program to step forward to help expose how this program operates.

It was this callousness that caused yet another participant in the drone program to step forward to help expose how this program operates. Brandon Bryant spent six years as a drone sensor operator. According to Scahill and Greenwald, writing at their website TheIntercept.org, Bryant was motivated to speak out because of the guilt and concern he felt about the killing of the American citizens Anwar al-Awlaki and Samir Khan, followed two weeks later by the killing of al-Awlaki’s 16-year old son Abdulrahman al Awlaki, also an American citizen who had run away from home to find his father, whom he hadn’t seen for three years.

Some of Bryant’s comments about the drone program and his role in it are worth considering. The following, written by Scahill and Greenwald, includes quotes from Bryant:

(Bryant) says that his efforts to alert his superiors to the problems were brushed off. “The system continues to work because, like most things in the military, the people who use it trust it unconditionally.”

When he would raise objections about intelligence that was “rushed” or “inaccurate” or “outright wrong,” he adds, “the most common response I would get was ‘JSOC wouldn’t spend millions and millions of dollars, and man hours, to go after someone if they weren’t certain that they were the right person.’ There is a saying at the NSA: ‘SIGINT never lies.’ It may be true that SIGINT never lies, but it’s subject to human error.” [SIGINT is the acronym for signals intelligence — intelligence-gathering by interception of signals.]

The government’s assassination program is actually constructed, he adds, to avoid self-correction. “They make rushed decisions and are often wrong in their assessments. They jump to conclusions and there is no going back to correct mistakes.” Because there is an ever-increasing demand for more targets to be added to the kill list, he says, the mentality is “just keep feeding the beast.”

…Last October, Bryant appeared before a panel of experts at the United Nations — including the UN’s special rapporteur on human rights and counterterrorism, Ben Emmerson, who is currently conducting an investigation into civilians killed by drone strikes….  Bryant called for “independent investigations” into the Obama administration’s drone program. “At the end of our pledge of allegiance, we say ‘with liberty and justice for all,’ ” he told the panel. “I believe that should be applied to not only American citizens, but everyone that we interact with as well, to put them on an equal level and to treat them with respect.”

Unlike those who oversee the drone program, Bryant also took personal responsibility for his actions in the killing of Awlaki. “I was a drone operator for six years, active duty for six years in the U.S. Air Force, and I was party to the violations of constitutional rights of an American citizen who should have been tried under a jury,” he said. “And because I violated that constitutional right, I became an enemy of the American people.”

Bryant later told The Intercept, “I had to get out because we were told that the president wanted Awlaki dead. And I wanted him dead. I was told that he was a traitor to our country…. I didn’t really understand that our Constitution covers people, American citizens, who have betrayed our country. They still deserve a trial.”… “I don’t think there’s any day that goes by when I don’t think about those two, to be honest,” Bryant says. “The kid doesn’t seem like someone who would be a suicide bomber or want to die or something like that. He honestly seems like a kid who missed his dad and went there to go see his dad.”

The direction of the US world-wide war against terrorism was anticipated by the Indian writer Arundhati Roy, author of the award-winning The God of Small Things and numerous essays on politics, when she wrote of the attack on Iraq in 2001:

The bombing of Afghanistan is not revenge for New York and Washington. It is yet another act of terror against the people of the world. . . . When he announced the air strikes, President George Bush said: “We’re a peaceful nation.” America’s favourite ambassador, Tony Blair, (who also holds the portfolio of prime minister of the UK), echoed him: “We’re a peaceful people.” So now we know. Pigs are horses. Girls are boys. War is peace.

When fighting against terrorism, it seems that no policy or action can be wrong from the American perspective.

When fighting against terrorism, it seems that no policy or action can be wrong from the American perspective. Yet, few Americans acknowledge that the U.S. has committed acts around the globe since World War II that would be classified as “terrorism” if we applied our own standards to our conduct.

Before we accused the Taliban and Saddam Hussein of supporting terrorism and worse, they were our allies and received vast sums of financial support from the U.S. But Roy recognized the horrors of the Taliban before we started treating them as pariahs: “Now, as adults and rulers, the Taliban beat, stone, rape and brutalise women, they don’t seem to know what else to do with them.”

Roy sees the terror committed against the U.S. as morally equivalent to our response to it. And Roy blames the inherent nature of American capitalism, which dominates our politics, as the culprit that led to our own terrorism through our war on terror:

In America, the arms industry, the oil industry, the major media networks, and, indeed, US foreign policy, are all controlled by the same business combines.

If we care about the rest of the world’s people, we must try to understand the opinions of others in the world when we evaluate the impact of American foreign policy on those others. Partly because of the American meme about being exceptional and “a shining city on a hill” for the rest of the world to emulate, we have developed a myopic view of how others see what we do.

It’s as though the writer of Matthew 7:3 had the U.S. in mind when he wrote: “Why do you see the speck in your brother’s eye but fail to notice the beam in your own eye?” (International Standard Version).

So long as the American public views this country as superior to the rest of the world, its politicians will be able to act in accord with that grandiose vision. But I would suggest that it is a mirage, not a vision of reality.

Perhaps we should have followed Thomas Jefferson’s idea that we should recreate ourselves as a nation every generation. Whether that would affect our basic character, we will never know. But it would provide a periodic opportunity for bold self-reflection, something that we as a people seem incapable of at present.