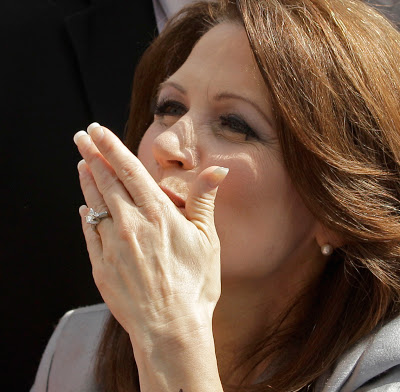 Rep. Michele Bachmann, R-Minn., blows a kiss to a supporter after her formal announcement that she will seek the 2012 Republican presidential nomination, Monday, June 27, 2011, in Waterloo, Iowa. Photo by Charlie Riedel / AP.
(And a few of my own…)
Michele Bachmann’s revelations