Legacy of the Neocons : Understanding our Economic Fix 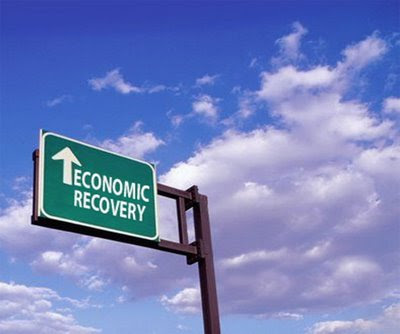 Understanding our economic fix:
The role of neocon economics in damaging the economy and creating unemployment

If Republicans can blame economic problems on Democratic spending, they will have a leg up in their efforts to launch another attack on entitlements. By next year, our debt will be larger and could be a major political issue. Democrats need to explain how it got so large and to tie some of it to recent military adventures.

There are signs that the Obama administration is “open to reform” as a means of reigning in debt. That term has the same meaning as the IMF’s favorite term, “structural adjustment,” which means making the little guy pay for the mistakes of others farther up the food chain. We may have to swallow some entitlement reduction, but it should not take place without an end to the Bush tax cuts and the institution of excess profits taxes on the energy industry and on any firm’s transactions in hedge funds and derivatives.

Last week, Texas Representative Kevin Brady released the latest Republican trial balloon — a clever attempt to capitalize on growing middle class rage that government is helping irresponsible bankers while unemployment continues to rise. He blamed it all on Timothy Geithner and demanded that the Secretary of the Treasury resign. Geithner correctly reminded Brady that the economy was bad due to Republican policies.

If the GOP can combine economic populism with their patented right-wing populism, they could turn 2010 from a good Republican election year into a fantastic one. Democrats had better start educating the public by explaining how neoconservative economic policies landed us in this mess. Yes, they need to don some sack cloth and ashes because some of them followed the Republican lead.

Dimensions of the problem

Neoconservative economic policies did so much harm to our economy and financial system, that it would be foolish to expect a healthy recovery anytime soon. New York University economist Nouriel Roubini, who predicted the collapse of our economy, is now saying the worst is yet to come. There will be still more unemployment, and many of the lost jobs will not return.

Randy Zisler, a leading real estate expert, warns that there will be “a crisis of unprecedented proportions” in commercial real estate next year. Federal Reserve Chairman Ben Bernanke took the unusual step of saying that economic recovery is bound to be slow and unspectacular because the banks are doing very little lending and there are serious ongoing problems in the real estate sector. Unemployment would persist.

All of this was to be expected. In 2008, we came very close to a depression, and the financial system was very close to an Armageddon. In the last 12 months, the FDIC has taken over 150 banks, and the Treasury loaned TARP money to 690 financial institutions, 27 of which then had to be seized or faced seizure by federal regulators.

Given these facts, the Obama administration deserves high marks in dealing with the economy. The situation it inherited was so grim that there was widespread speculation that the United States might still face a decade long slump similar to what happened in Japan. But even the conservative Economist is now saying we have dodged that bullet. But it adds that “recovery will be a longer slog than many expect.”

The Great Recession turned out to be the kind of downturn that is marked by extraordinarily high unemployment. Employment is a lagging indicator of recovery, but in this sort of recession it lags a very long time. Of course, the delay in reclaiming jobs means that what recovery there will be is not likely to be strong. Larry Summers covered this sort of recession in his Ph.D. dissertation. Obama knows this, and has not gone to great pains to explain why recovery will be slow and, for a time, relatively jobless.

The stimulus program and the stress tests did help to restore confidence and preserved many jobs. It pulled us back from the precipice of a depression, but it is unlikely Obama will be given credit for this. In the short term, the Republicans will probably be successful in blaming Obama for a jobless recovery.

As soon as Obama took office, he had what a close advisor called his “holy shit” moment. His advisors told him the economy was on the verge of sliding far lower and that the financial system was badly damaged. Larry Summers, his senior economic advisor, had long ago proven that the old idea that unemployment usually lasts only three or four months for an individual was dead wrong.

Obama is being very cautions in claiming that the recession is over. The recent upward movement on Wall Street does not reflect a return to health. The averages are going up because low U.S. interest rates and a weak dollar have encouraged people to borrow dollars to speculate in assets and commodities. The current speculative bubble cannot last, and it is not a good development for the world economy.

It is more likely that last quarter’s GDP growth was a fluke and that we may have a few more bad quarters. There was very little increase in industrial production. More than 90% of the growth came from stimulus, much of it from the one-shot cash for clunkers. Some of the increased consumer spending came from a sharp dip in the savings rate. However sales are still slow. Some of the recently reported improvements in earnings came from one-time economies and laying people off.

The economy is a bit like a car battery that has seen better days. In this case, two cells are badly damaged: housing and manufacturing are weak. It will take years for housing values to reach former levels, and continual foreclosures and resales at lower prices will have a negative impact on new home starts. More people are facing foreclosure now than last year. There is about $3 trillion in outstanding mortgages, and $1.4 trillion will come due for maturation in the next four years. Zisler thinks that up to $750 million of that will be in defaults.

We also know that a healthy housing market requires a sound financial system, and our financial system is very fragile, having barely escaped destruction. Recently, an economic observer noted that the fact that so many people are not paying on mortgages might, in the short term, be good because they are spending the money on goods and services. We do not need that kind of optimism. There is some good news. Randy Zisler thinks some improvement in housing values might begin in 2011.

Recently, the manufacturing sector showed a 9% gain in productivity. That was because industries were doing more with fewer workers. Gains at that level cannot be sustained. The GDP rose by 3.5%, but most of that did not have to do with manufacturing. There are few signs that the manufacturing sector will revive soon, and we note that General Motors, using federal funds, is exporting more jobs. Chrysler, also using federal funds, is bringing in more foreign made engines.

We probably cannot expect to get the manufacturing sector to improve beyond where it was two years ago. The long-term prospect is for exporting more jobs.

Robert Shiller of Yale noted that we spent far too little on the stimulus package. Gross national production was projected to have fallen two trillion short, and it was thought necessary to fill the gap with about $1.2 trillion. Given the velocity of money when invested in infrastructure and some other stimuli, the gap could be filled. Unfortunately, politics forced the Obama Administration to settle for less than $800 billion, and much of that was in tax cuts whose multiplier effect is far short of one. The drop in production and the decreased spending rates together added well above six million to the unemployment roles.

Republicans had played the politics of “No!” so well, that Obama could not go back to the well for a second stimulus. It was needed when it became clear that consumption would fall off by one trillion. That is a hole the administration could not fill.

Shiller identified a serious structural problem. Our economic system increases the wealth share of those at the top and diminishes that of almost everyone else. The root problem is that most American workers have not seen an increase in real wages in 20 years, and the ownership share of the vast majority has been declining. The problem is not moral, it is economic. With no increase in real wages, the middle class cannot increase its consumption so a consumer-driven revival is not possible.

Shiller has suggested that if the gap between rich and the rest of us is not narrowed in the next 30 years, there will be such great frustration, resentment, and disillusionment that the viability of our political system could be threatened. His Yale colleague Bruce Judson warns that our current economic problems could lead to the “penny auctions” and other leftist populist outbreaks that occurred in the Great Depression.

He enumerated the problems.

Leaving aside the social and moral implications of these facts, all of this indicates that the vast majority of Americans are not in a position to revive the economy through a new surge in spending. They lack the money, are maxed out on credit, and are worried about their long-term prospects. Economists tell us that the Great Depression was created by under-consumption. Even in terms of the ability to consume food, the data is shocking. The number of households facing food insecurity rose 31% from 2007 to 3008. That comes to 17 million families that are having trouble putting food on the table.

Businesses of most sorts have been having problems getting access to capital. One reason why bank money was and is not available to manufacturing firms is that banks expected to consistently enjoy 20% returns on credit cards and large returns on investments in exotic instruments. Caps should be placed on credit card rates, and excess profits taxes gradually phased in on profits from extraordinary returns earned through investments in hedge funds and the derivatives markets. This would apply to big manufacturers and oil companies that are now trading in derivatives and hedge funds. This problem underscores the fact that the problems of the economy and those of the financial system are intertwined.

Another stimulus package is needed, but President Obama cannot push for one because the Republicans, abetted by the mainstream media, have the voters so worried about the deficit and big government; they have also convinced many that the stimulus is not working. When the last of the stimulus money is spent in 2011, we can expect a 2% drop in the GDP because the stimulus is no longer present. The Democrats might consider a mini-stimulus comprised of elements the Republicans will find difficult to denounce. It would include:

In my next column I will examine the near destruction of the financial system.

9 Responses to Legacy of the Neocons : Understanding our Economic Fix