As far as I can tell the four public representatives were chosen not for their interest in supporting consumer protection, but because of their political connections to Governor Rick Perry. 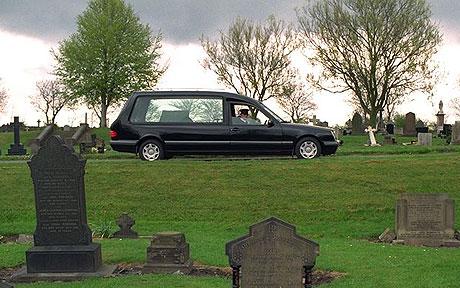 Funerals: Who’s standing up for the consumer?

AUSTIN — In the last year and a half, the seven members of the Texas Funeral Service Commission (TFSC) have shown their disdain for regulations that protect Texas families. Twice during this time, the combined Texas affiliates of the national Funeral Consumers Alliance, asked the TFSC to modify its funeral rules to better protect Texas families.

The Funeral Consumers Alliance of Texas (FCAT), serving the areas in and around Houston, San Antonio, Austin, and Dallas-Ft. Worth and working under the able leadership of Jim Bates from North Texas, presented rule-making petitions requesting certain rules changes.

FCAT and its members are all nonprofit, volunteer-run organizations that educate the public about funeral costs and consumer rights in dealing with funeral vendors and about end-of-life options; they provide a voice for Texas families when the Legislature is in session or studying funeral-related issues between regular sessions.

In March 2013, FCAT requested changes in four areas of the regulations that apply to funeral homes and funeral directors in Texas:

These rule changes would have helped families and health care institutions understand what rules apply to funerals in Texas.

These rule changes would have helped families and health care institutions understand what rules apply to funerals in Texas, clarified the rules about embalming and its cost, better informed all Texans about what happens to funeral vendors who violate the rules, and provided more online information to Texas families.

The TFSC replied that FCAT’s requests were too difficult to understand and rejected them without further consideration. At the meeting where the denial vote was summarily taken, former TFSC Executive Director Chet Robbins, now in the business of selling funeral products to licensees of the TFSC, spoke forcefully against the proposed rule changes, willfully distorting their purpose and effect.

After about12 months of consideration, FCAT filed a second rule-making petition, asking for only one rule revision that would have required that the cost of embalming be revealed in writing to the family or disposition agent before embalming is agreed to.

FCAT thought that this one matter would not be beyond the ken of the members of the TFSC to understand. Both the federal Funeral Rule and the rules of the TFSC allow a funeral director or representative of the funeral director to obtain permission to embalm at the time of “first call” (when the body of the deceased is picked up) without notice to the family of the cost of the embalming procedure. In its denial, the Commission said it would not provide state protections in excess of the federal regulations.

It is morally wrong, financially unjust, deceptive, and dishonest not to reveal such a large cost before the family agrees to embalming.

It is morally wrong, financially unjust, deceptive, and dishonest not to reveal to a family such a large cost before the family agrees to embalming. The correct way to do this is by presenting a general price list that shows the cost of embalming before the consumer gives permission for the procedure, or to provide this information in writing, perhaps on a card that could be carried easily by all funeral home employees, as well as by mortuary service employees who handle first calls for many licensees.

Hiding the cost of embalming from families is not in their interest, but is in the financial interest of the funeral industry, even though it may result in feelings of betrayal when the family learns the high cost that they unknowingly approved. That betrayal should be shared by both the funeral director involved and by the TFSC because of its failure to protect Texas families from a too-often abusive industry.

In Texas, no body must be specially cared for until 24 hours have passed since the death. In almost all cases, making a decision regarding embalming can wait for most of a day before the special care decision must be made. Special care includes either refrigeration, embalming, or encasement in an odor-proof and leak-proof container, if the body is not buried or cremated within 24 hours. And body donation to a medical training or research program is another alternative.

Allowing licensees to solicit a decision about embalming at the time of first call without providing the disposition agent with the cost of that service is unconscionable and deceitful by omission, and it violates ethical standards of funeral service, such as that requiring licensees to “strive to attain the highest degree of ethical and professional conduct using honesty, candor and respect” and to “be honest and trustworthy in the performance of all duties and work performed as a licensee and… avoid misrepresentation and deceit in any fashion, whether by acts of commission or omission.” See Rule 209.1, Texas Administrative Code. Emphasis added.

The failure to disclose the price of embalming at first call is, at the very least, an act of omission that results in misrepresentation and deceit. But, once again, the TFSC refused to even take testimony on the proposed rule change suggested by FCAT before it rejected the proposal.

Since April 2014, the TFSC has been working on a 100-plus page rule-making proposal of its own that it will soon publish in the Texas Register. It will not, however, address FCAT’s concerns about embalming or the other three issues that were proposed in FCAT’s original 2013 petition, which was only 10 pages in length.

All of this suggests that the seven members of the TFSC are serving the interests of the funeral industry, with not even a nod to consumers.

All of this suggests that the seven members of the TFSC (four who are general members of the public not connected to the industry and must “have consistently shown an interest in supporting consumer protection,” two who are licensed funeral directors and embalmers, and one who is a cemetarian), are serving entirely the interests of the funeral industry, with not even a nod to consumers.

As far as I can tell the four public representatives were chosen not for their interest in supporting consumer protection, but because of their political connections to Governor Rick Perry. I haven’t found any consumer protection work in the backgrounds of any of the four. They are Sue Evenwell, from Mt. Pleasant, who has been vice president of marketing for Technical Image Products and is a partner in Designin’ Women; Jonathan F. Scepanski, Chief Operating Officer at Apex Primary Care, Edinburg, Texas; Joyce Odom, a retired Delta Airlines flight attendant from San Antonio; and Jean L. Olinger of Wichita Falls, a retired nursing facility administrator at Childress Health Care Center.

Mr. Bates told the Commissioners at their public meeting in September that FCAT believes the Commission is geared mostly toward protecting business interests rather than the families who have a right to expect protection. There was no response to Bates’ comments from any of the Commissioners during or after the meeting. It seems fair to conclude that as far as they are concerned, the grieving families of Texas can go to hell.

[Rag Blog columnist Lamar W. Hankins has for over 20 years served as an advocate for families who have to deal with the funeral industry and previously has written about this subject for The Rag Blog. Hankins, a former San Marcos, Texas, city attorney, also blogs at Texas Freethought Journal.]