Much Work to Do to Bring Peace to the Middle East 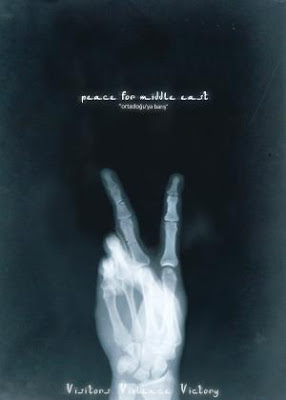 RAMALLAH, West Bank – Barack Obama has been elected U.S. President at a time when the number of extremists has risen dramatically since the U.S. invasion of Iraq in 2003, going by the resistance to Western forces in the region. The U.S.-led ‘war on terror’ has itself now become a threat to peace.

A combination of despotic Arab regimes propped up by the West, neo-colonialism, religious intolerance, educational stagnation, a clash of cultures and religious ideology, and a U.S. foreign policy biased in favour of Israel has further helped build this situation.

Given the possibility of an attack on Iran, the near future appears even more ominous. But all hope is not lost, according to both an Israeli and a Palestinian analyst.

“There is still a possibility for the relationship between the U.S. and the Middle East to be repaired, but it will require a quantum change in the attitude of the U.S. administration towards Arabs and Muslims if this is to occur,” Dr Ahmed Yousef, political advisor to Hamas leader Ismail Haniyeh told IPS from his office in Gaza city.

But Dr. Moshe Maoz, Israeli professor emeritus of Islamic and Middle Eastern studies at Jerusalem’s Hebrew University, and senior fellow at the Harry S. Truman Research Institute for the Advancement of Peace, told IPS that “significant self-reflection and hard work too has to be done by the Arab governments and extremist Islamic leaders themselves if there is to be any hope of a political breakthrough.”

Several years ago, following a peak of death and destruction in Iraq, the Middle East Policy Council (MEPC), a U.S. think-tank, held a conference which examined what went wrong between the West and the Muslim world, and why.

Milton Viorst, author of ‘Storm from the East’ and an expert on the region, said there is indeed a clash of civilisations here.

“I really do believe that we have two civilisations here which we have to understand, and I also believe that the war in Iraq is simply the latest eruption in a conflict that has lasted since the time of Prophet Muhammad nearly 1400 years ago. Neither the Christian nor the Muslim civilisation is necessarily superior, but both are profoundly different.”

The bloody massacres during the Christian Crusades since the first of them in the 11th century, led up to the confrontation with the Ottoman Empire that finally folded up in the early 20th century.

“Britain and France, the two great imperial powers, decided what they were going to do because the Ottoman Empire stood in the way of their conquest of the region. And when the Ottomans fell in World War I, the whole region was opened up once again to the Christian West,” said Viorst.

Shibley Telhami from the University of Maryland and a senior fellow at the Brookings Institute, says clashes of civilisations have occurred throughout history, and that this in itself does not explain the intra-civilisational clashes such as those between moderate and hard line Muslims in the Middle East.

“During the Second Lebanon War (with Israel in 2006) the majority of the Arab public was sympathetic to Hezbollah even though the Lebanese government is pro-Western,” said Shibley.

Dr. Anthony Cordesman from the Washington-based Centre for Strategic and International Studies, said “the struggle is religious, cultural, intellectual, political and ideological, not military nor driven by secular values. As such, the real war on terrorism can only be partially won within Islam and at a religious and ideological level.”

Many of the poor and disaffected in the Middle East are attracted to religious extremism as an answer to what they see as a limited future and a lack of personal hope.

Furthermore, many Arabs say the current U.S. strategy of military force is counterproductive if the desire is to win the hearts and minds of the majority of moderate Arabs and Muslims in the Arab street.

“There are too many memories of colonialism, and there is too much anger against U.S. ties to Israel for Western forces to succeed,” said Cordesman. “The United States needs to understand that it can only use its influence and its counter-terrorism and military capabilities if it changes its image in the Islamic world.”

“This is the core of the issue,” said Yousef. “Arabs and Muslims are fed up with America’s one-sided approach to the Israeli-Palestinian conflict. This has caused immense resentment and bitterness. If this conflict is resolved, then it will have a domino effect on peace in the rest of the region,” he told IPS.

Cordesman said efforts to change the U.S. image would require efforts to support genuine reform and not just pay lip service to it. Job creation, stabilisation of economies, respect for human rights and improving education would all be necessary.

Moaz told IPS that in order to truly defeat extremism and terrorism, it was also necessary for corrupt Arab governments to work towards establishing democracy and a more equitable distribution of wealth away from the ruling cronies and elite, as most Arabs were more concerned with day-to-day issues of survival above Western concerns for human rights.

But forcing democratic elections prematurely before these societies have established political systems which incorporate sound legal checks and balances to tackle political demagoguery would be counterproductive, he said.

“It is a catch-22 situation. How can free, democratic governments be established if the short-sightedness of the West is aimed at its own short-term geopolitical and economic interests which involve supporting despotic and dictatorial regimes as long as they are pro-Western.”

Shibley said the problem was that neither the unelected Arab governments nor their Western benefactors cared much about Arab public opinion and their needs as long as their own interests were being served.

But despite the bitterness towards the U.S. there still remains substantial goodwill. Yousef, who lived in the U.S. for years, said he had grown up with the Islamic movement in the sixties and seventies and that they had been great admirers of the U.S.

“We respected the technology and the traditions of democracy and human rights. We were all with America when it fought the Communists, alongside the Mujahideen, in Afghanistan.

“We don’t hate the ordinary American people and we have no sympathy whatsoever for the criminals who perpetrated 9/11. But these people are going to win even more support from extremist elements if the U.S. continues to be so partisan and to display what appears to be a clearly anti-Islamic and anti-Arab agenda.”