Vietnam was ‘the wrong war in the wrong place at the wrong time.’ 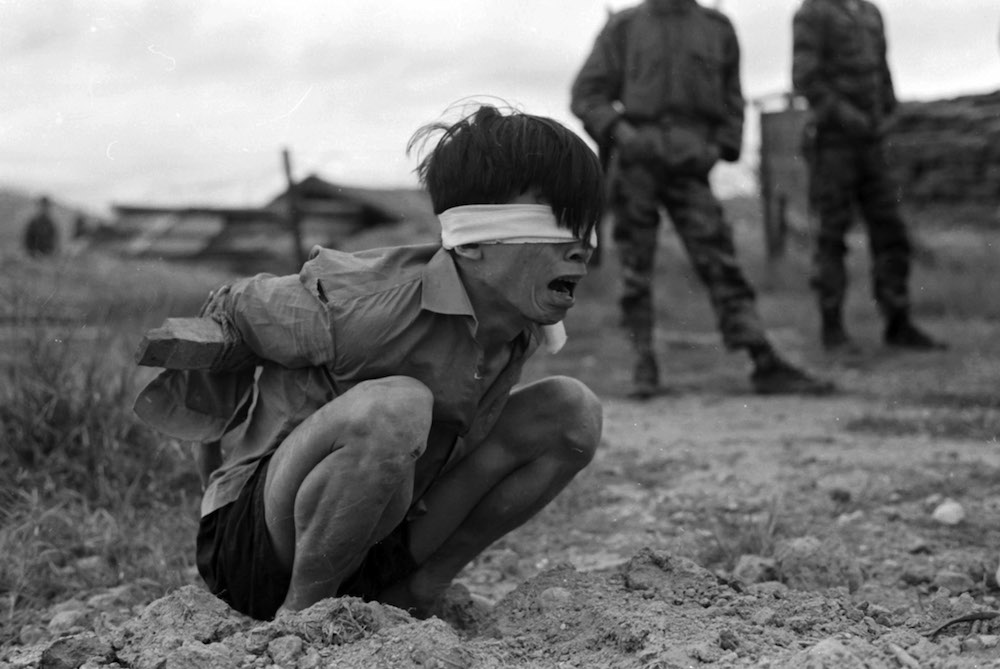 —Senator Wayne Morse, who with Senator Ernest Gruening, was one of only two senators who voted against the Gulf of Tonkin resolution, which gave the U.S. and President Lyndon B. Johnson a free hand to wage war.

More than half a million U.S. troops were sent to serve in what was in reality a civil war. B-52s dropped as many or more bombs on rural North Vietnam than they did on Nazi Germany. 58,209 American servicemen and women were killed, a disproportionate number of them conscripts, and 153,303 were wounded, many forever damaged in body and mind. Millions of Southeast Asians died or suffered grievous wounds.

The U.S. was defeated by a largely guerrilla force.

Historian Robert Schulzinger’s shrewd judgment in his book A Time for War: The United States and Vietnam, 1941-1975 cannot be easily dismissed: “Had all American leaders not thought that all international events were connected to the Cold War, there would have been no American war in Vietnam” And no Vietnam Memorial.

They quickly abandoned their colony, leaving the U.S. as its imperial successor.

The U.S. supported post-WWII France as it sought to retain its Southeast Asian colonies. That is, until 1954, when the French occupiers, having been badly defeated by the Germans and everyone else since the Napoleonic wars, were just as badly beaten by the North Vietnamese at Dien Bien Phu. They quickly abandoned their colony, leaving in their wake the U.S. as its imperial successor.

A conference at Geneva divided North and South Vietnam at the 17th parallel with a pledge by the conferees to hold elections. The southern ruling circles, many of whose leaders had served in the French army, and Eisenhower’s pugnacious Secretary of State, John Foster Dulles, balked at any election, leaving their erstwhile allies in the south to shape a viable government, which they never could.

Still, in May 1961, Vice-President Lyndon B. Johnson, as most American politicians who traveled to Saigon would do — that is, until the final American defeat in 1975 — chatted with U.S. Generals living in air-conditioned comfort, and then pontificated to the press and the nation that victory was just around the corner. Most Americans and the mass media agreed with him. For them, ignorant and indifferent, the war was justified.

LBJ also came away praising Ngo Dinh Diem, the American puppet, as the “Winston Churchill of Asia” though this ersatz version of Churchill would be assassinated in 1963 in a CIA-supported coup. By the time President John F. Kennedy was killed in November 1963, he had dispatched 16,000 U.S. military “advisors” to Vietnam and a few more to Laos.

After 1965 more and more American
troops poured in.

After 1965 more and more American troops poured in while, with very few exceptions virtually all VIPs, congressmen, and the Capital’s pro-war hawks saw to it that their draft-eligible sons avoided active military duty. During Dick Cheney’s 1989 confirmation hearings as Secretary of Defense, he was asked why he had requested five draft deferments, which kept him safely at home. “I had other priorities in the ‘60s than military service,” he answered. “I don’t regret the decision I made… Was it [the war] a noble cause? Yes, indeed, I think it was.”

In the Congress, political courage was rare. The post-World War II rise of anti-colonialism was drowned out by the obsessive and paranoid anti-Communism of every U.S. President and nearly every politician. Kennedy’s gift to his successors in the White House was Vietnam, where as early as 1963, the North had virtually won the war.

One year later the House of Representatives voted unanimously to approve the Tonkin Resolution, which allegedly resulted from two North Korean torpedo boat attacks against two U.S. destroyers near the North Vietnamese coast. Before too long this dubious incident — much like the sinking of the Maine in 1898 and the post- 9/11 fabrication about Saddam Hussein’s Iraq having weapons of mass destruction — was used by Johnson Administration hawks to urge on a somewhat reluctant president to what they avidly desired: a land war on the Asian mainland, against which many military experts had long warned. It was also used to persuade — and frighten — the American people that distant, insignificant, and rural North Vietnam posed a major threat to their country and the western world.

Even so, two Senatorial dissenters emerged: Wayne Morse of Oregon and Alaska’s brave and principled Ernest Gruening, who would always vote against spending for a war he detested. And in the White House circle, senior advisor and Under Secretary of State George Ball stood alone as he warned against going to war, accurately predicting that a disaster lay ahead, only to be overwhelmed by Johnson’s inner circle and the capital’s foreign policy “elite” panting for war.

Cheered on by most Americans and the media who had been schooled to believe that the Soviets were out to conquer all and only the U.S. stood in their way, the Domino Theory was dreamed up by American theorists (that all of Southeast Asia and more would fall if Hanoi wasn’t stopped; of course, no dominoes ever fell) and became the unquestioned mantra until 1967-68, when at last a growing and articulate anti-war movement began taking shape, especially after Johnson’s pro-war Republican presidential successor, Richard Nixon, and his principle advisor Henry Kissinger arrived.

By 1968, popular opposition to the war at home was widespread and it seemed as if the nation was undergoing a nervous breakdown, especially after the murders of Martin Luther King, Jr., and Robert Kennedy and later, in 1970, the killing of Kent State and Jackson State students. When the Vietnam Memorial was dedicated and became a sacred shrine to the dead, no one in political authority who had helped dream up this colossal bloodletting was ever held legally accountable, thereby insuring that few if any lessons would be learned in the decades ahead as we charged into Iraq and the Greater Middle East.

“Now I hate every Memorial Day, no matter which president presides over it,” wrote Philip D. Beidler, a Vietnam combat vet and lieutenant of armored cavalry and now a professor of English at the University of Alabama, in his unflinching book American Wars, American Peace:

I’m fed up with hearing speeches from people who don’t know any better, profaning the memory of people who most always, at least as I remember it in the decades since I came home, died scared and alone holding their wounds, or with piss and shit running down their legs, or with chunks of them blown off — or even drowned in an overturned tank.

Vietnam was, to paraphrase General Omar Bradley when he famously criticized America’s decision to go to war in Korea in 1950, “the wrong war in the wrong place at the wrong time.” It was yet another defeat after Korea, which however, granted more Americans in the years ahead the courage and independence of mind to publicly question whether there are limits to American military power. Should such an admirable skepticism ever take hold our children and grandchildren will never again be mere cannon fodder, playthings for homefront warriors.

5 Responses to Murray Polner :
The Vietnam War: An American crime