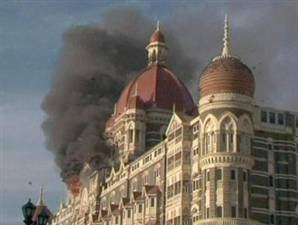 A new Presidential policy on religiously defined terrorism should act in three directions:

(1) Work to strengthen those in every religious community — beginning with those in American mosques and Muslim organizations — who oppose religious violence;

(2) Treat terrorism as a crime to be policed and punished, not through “war’ that breeds more terrorists by destroying civilian life;

(3) heal the political canker-sores (such as conflict over Kashmir and over Israel-Palestine) that have festered into motivations and excuses for terrorism.

Right now —- not waiting till January 20 —- President-elect Obama should start visiting mosques, speaking in mosques. It is shameful that he did not do so even once during the entire election campaign. At these mosques, he should praise those Muslim organizations —- by name , including the Islamic Society of North America, CAIR, and the Muslim Public Affairs Council -— for their forthright and vigorous public statements denouncing the Mumbai attacks, and others in the past. He should make clear that of course they were doing no more than is their responsibility, but it is especially incumbent on the American media to let the public know about these statements, and that he is mentioning them to aid in that process.

He should be clear that the serious adherents of ALL religions should be condemning the use of violence in the name of their own as well as other religions, and that this should be true when Christians, Jews, Muslims, Hindus, or Buddhists use violence in the name of their faith. He should praise the efforts at Jewish-Muslim inter-education by the Union for Reform Judaism and ISNA, and urge churches and mosques to pursue the same kind of efforts.

And he should urge the governments of India and Pakistan to undertake two joint projects:

(1) seeking out by means of criminal investigation and police work the perpetrators and planners of the Mumbai attack, explicitly refusing to criticize either government for the Mumbai attacks and refusing to define them as acts of “war” or responding to them through a “war” on terror: Mass murders they were, and should be prosecuted hat way, rather than creating more terrorists by bombing whole villages in retaliation.

(2) Agreeing to heal the poisonous canker of the Kashmir question by bringing the UN to negotiate toward and conduct a free and fair election by Kashmiris to decide their own future, including such choices as independence, demiitarized accession to Pakistan or India, and unconventional multinational status with representation in both national governments, etc.

No doubt some will complain that this is encouraging terrorism by responding to terrorist actions. In fact, it cuts the roots out of terrorism by providing a legitimate political process to achieve what the people want, not what the terrorists demand.

He should ask the leaders of American faith communities to convene a world conference on religious dialogue and action toward peacemaking and to put on the table the question of how each community separately and all together can address the bloody, violence–inciting streaks in their own texts and traditions.

Finally, Secretary of State-designate Clinton should announce that on January 20, the United States will begin work to convene a multinational conference to work out a comprehensive peace settlement in the broader Middle East that includes full peace agreements and security for Israel, a new and viable Palestinian state, all Arab states, Iran, and Afghanistan.

[Rabbi Arthur Waskow is director of The Shalom Center. ]