Jails in the state are endangering pregnant women and their fetuses, despite the state’s professed interest in ‘unborn babies.’ 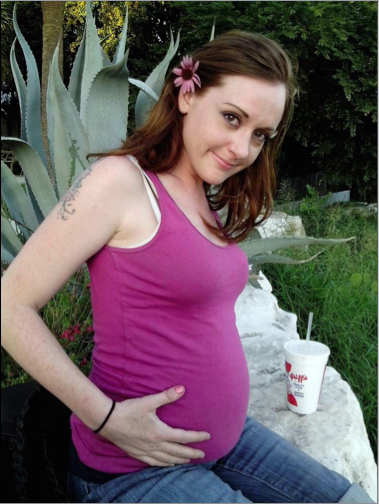 What’s going on in Texas? Jails in the state are endangering pregnant women and their fetuses, despite the state’s professed interest in “unborn babies.”

In May, a woman named Nicole Guerrero filed a lawsuit against the Wichita County Jail for ignoring her when she was in labor. Locked alone in a cell, Nicole gave birth on a mat on the floor to a premature baby who died.

In July, a woman named Jessica De Samito in the Guadalupe County Jail worried she might face a similar fate. Jail officials were noncommittal about giving Jessica the methadone she needs to keep from going into sudden withdrawal — a physically draining process that can lead to miscarriage or stillbirth.

Methadone maintenance is the standard of care for pregnant women who use opioids.

Methadone maintenance is the standard of care for pregnant women who use opioids; it is the medically responsible course of action. However, the jail has no written policy on methadone and would not make a commitment to providing Jessica with this treatment for the duration of her time in the jail, instead making decisions about the medication on a day-by-day basis.

Methadone treatment is available in the community, and in fact Jessica had begun a methadone program to protect her health and her pregnancy, but a positive drug test landed her in front of the parole board, which sent her to jail while mulling over what penalty to impose. Members of the board said it might take two or three weeks to decide.

Drugs and prison: The big picture

Jessica used drugs to deal with the acute stress and anxiety she suffered in the Navy. Post-traumatic stress disorder (PTSD) is all too common among people who serve in the military, and recent investigations have exposed the vast deficiencies in medical care for veterans. When Jessica became pregnant, she sought out appropriate treatment for her drug use.

Both Nicole and Jessica were jailed for drug-related charges. Their cases should prompt us to ask why so many women spend time behind bars for nonviolent drug offenses, when other types of sanctions are available and community-based treatment is so much more effective and less costly.

Their cases are also stark reminders that incarceration is by definition a health risk. Because people are literally deprived of their freedom, they have no way to get treatment the jail doesn’t provide or to reach an emergency room if they need to.

Given the high stakes, the World Health Organization’s Kyiv Declaration on Women’s Health in Prison argues for keeping pregnant women in the criminal justice system under community supervision:

To protect the health of the mother and of the newborn child, pregnancy should in principle be an obstacle to incarceration, both pre-trial and post-conviction, and pregnant women should not be imprisoned except for absolutely compelling reasons.

The one prison agency in the United States with an official policy favoring alternatives to incarceration for pregnant women breaks its own rules. That agency is ICE, Immigration and Customs Enforcement, which is not supposed to detain pregnant women unless they have broken a criminal law or pose a threat to public safety, but violates its own policy by holding pregnant women who do not meet those criteria.

One week after sending her to jail, the parole board allowed Jessica to go home on electronic monitoring, thanks to legal support from National Advocates for Pregnant Women, a petition drive by RH Reality Check, and a social media campaign, #JusticeforJessica.

Still under the board’s supervision, she is now able to access the methadone treatment she needs.

Still under the board’s supervision, she is now able to access the methadone treatment she needs. “I am so grateful for all of the people who took the time to reach out and help me. I’ve never felt so cared for and supported,” Jessica said.

While staying vigilant on Jessica’s behalf — to ensure that she has the medical care she needs until her baby is born in November — advocates face the task of bringing the hundreds of jails and parole boards throughout the state up to speed.

This is a problem that needs a statewide solution. The Texas Commission on Jail Standards should provide guidance on the appropriate treatment of pregnant women so that every jail can meet its obligation to provide medical care to people in its custody.

As part of that guidance, the Commission should recommend community supervision instead of jail.

This article was originally published at MomsRising.org and was cross-posted to The Rag Blog by the author.

[Rachel Roth is a writer, consultant, and advocate for reproductive justice, rights, and health. She lives in the Boston area and is the author of the book Making Women Pay: The Hidden Costs of Fetal Rights.]