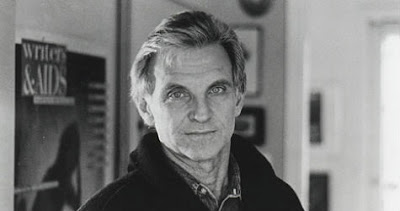 You can listen to the interview here.


Martin Duberman is Distinguished Professor Emeritus of History at the City University of New York (CUNY) Graduate School, where he founded and for a decade directed the Center for Lesbian and Gay Studies. The author of more than 20 books, Duberman has won a Bancroft Prize and been a finalist for both the National Book Award and the Pulitzer Prize. He lives in New York City.

Howard Zinn: A Life on the Left, is the first major biography of the late social activist and author of “A People’s History of the United States.” Zinn was a larger-than-life figure who stood at the center of the key social movements of the 20th century.

Duberman was the first scholar to gain access to Zinn’s personal papers after he died in 2010. Duberman provides a character study of an individual whose complex personal life was sometimes at odds with the change he effected.

Duberman was also the author of the dual biography, A Saving Remnant: The Radical Lives of Barbara Deming and David McReynolds, published in 2011 by The New Press. Duberman and McReynolds were our guests on Rag Radio on March 5, 2011.

Rag Radio features hour-long in-depth interviews and discussion about issues of progressive politics, culture, and history. It is broadcast live Fridays at 2 p.m. (CDT) on KOOP, 91.7-FM in Austin, and streamed live on the Internet, and is rebroadcast on WFTE-FM in Mt. Cobb and Scranton, PA., on Sunday mornings at 10 (EDT).

The show, which has aired since September 2009, is produced in association with The Rag Blog, a progressive internet newsmagazine, and the New Journalism Project, a Texas 501(c)(3) nonprofit corporation.

All Rag Radio shows are posted as podcasts and can be listened two at the Internet Archive.

Coming up on Rag Radio:
THIS FRIDAY, November 2, 2012: Jan Reid Author of Let The People In: The Life and Times of Ann Richards.”
November 9, 2012: Our Berlin correspondent David MacBryde reports on Germany and the Eurozone.
November 16, 2012: Singer-Songwriter Guy Forsyth.