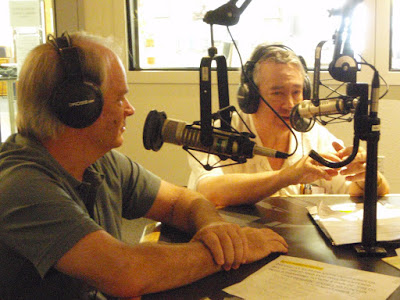 Smith is the author of The Politics of Deceit: Saving Freedom and Democracy from Extinction, writes regularly for The Huffington Post and FireDogLake, and created the popular DogCanyon website. Smith has appeared as a political analyst with Chris Matthews, Joe Scarborough, Brit Hume, and many others.

Peck Young, who worked for 30 years as one of Texas leading political campaign strategists, is Director of the Center for Public Policy and Political Studies at Austin Community College. He has worked as a consultant with Texas Governor Ann Richards and numerous other leading Texas political figures, and for the presidential campaigns of Michael Dukakis, Bill Bradley, and Bill Clinton/Al Gore.

Young has received many professional honors and has been a force in Austin politics, working for renewable energy and single-member City Council districts, and drafted the city’s first Ethics, Financial Disclosure, and Lobby Registration ordinances.

This podcast includes original politically-themed topical songs by Austin singer-songwriter and “eco-troubadour” Bill Oliver that were first performed on the August 31 program. KOOP underwriting announcements and fall membership drive fundraising pitches have been removed from the podcast.