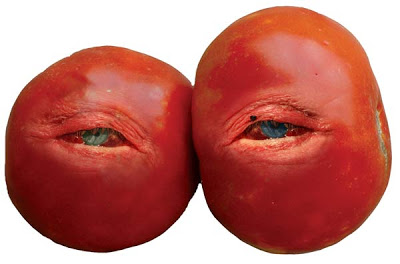 I wonder whether the writer knew that Obama has appointed Monsanto’s chief lobbyist and a corporate vice president to serve as the ‘food safety czar’ of the Food and Drug Administration.

Seemed reasonable enough. Senator Bernie Sanders authored an amendment to the farm bill which would give states the power to require that genetically modified foods be labeled.

Seventy-three Senators voted against it, including 28 Democrats.

On the websites there was shock at the news, with one writer wondering whether Obama knew about the most recent scientific evidence of the poisoning of cattle that had sucked up GMO feed.

I wonder whether the writer knew that Obama has appointed Monsanto’s chief lobbyist and a corporate vice president to serve as the “food safety czar” of the Food and Drug Administration.

You can keep the change this time, Barack.

Sanders introduced his amendment after his own state’s legislature backed down from requiring GMO labeling after a threat of a lawsuit by Monsanto.

Surveys repeatedly show overwhelming public support for GMO labeling. Maybe people really want to know what they’re eating. Monsanto (and Dow Chemical and a few others) don’t want you to know. You might get confused.

The threat of lawsuits is very real. Huge corporations use these threats to force local governments to back down anytime they try to enact policies the criminals oppose. Vermont didn’t want to incur the enormous expense of defending itself against a company with Monsanto’s spectacular financial resources.

I once served on a county commission whose job included reducing or ending county contracts with nuclear weapons contractors. The Nuclear Free Zone in Marin was one of several which explored the idea that grassroots work for peace could counter the arms industry’s ownership of national policy.

We recommended that Marin County cease doing business with Motorola for that reason. Lawyers for Motorola made it clear they’d sue us if we upheld the law. Against the 4-1 vote of the Commission, the county’s Board of Supervisors cracked. That’s how it works.

I’ve written about Monsanto before. Probably will write about it again. If you’re looking for corporate evil in its most malevolent form, it’s hard to beat Monsanto. The Senate vote is really no surprise. The surprise, I guess, is that more than 20 Senators had the stones to stand against it. Probably gonna cost ‘em.

America is no longer a democratic country. This is not really news to most people. There are some who would say that’s been true for nearly 50 years and I won’t argue. But lately it’s in our faces every day and that’s hard to ignore.

Saw a video on fracking called “The Sky Is Pink,” which featured former Democratic Governor Ed Rendell (D-PA) who is now pimping for an oil and gas company, paid a lot of money to lie about the dangers of this stupid practice.

Meanwhile, the governor of New York, Andrew Cuomo, whose dad was an honorable man, is apparently backing the fracking of his state, despite the demonstrable fact that this will poison the water and probably kill a lot of people — there are statistical spikes in breast cancer wherever fracking is concentrated.

These guys are Democrats. They’re the guys we’re supposed to support with our time and money and votes because they’re the last line of defense against the swinish Republicans who would do terrible things if we let them.

My own state has a GMO labeling initiative on the November ballot. It will pass because despite the big money propaganda campaign — including the wholesale purchasing of mass media and television “commentators” —  most people know liars when it’s this bloody obvious.

The real question is, will California cave in to Monsanto when the lawyers come around with their threats? Because somebody sure as hell had better refuse to.