Steve Russell :
Half of an NSA intercept 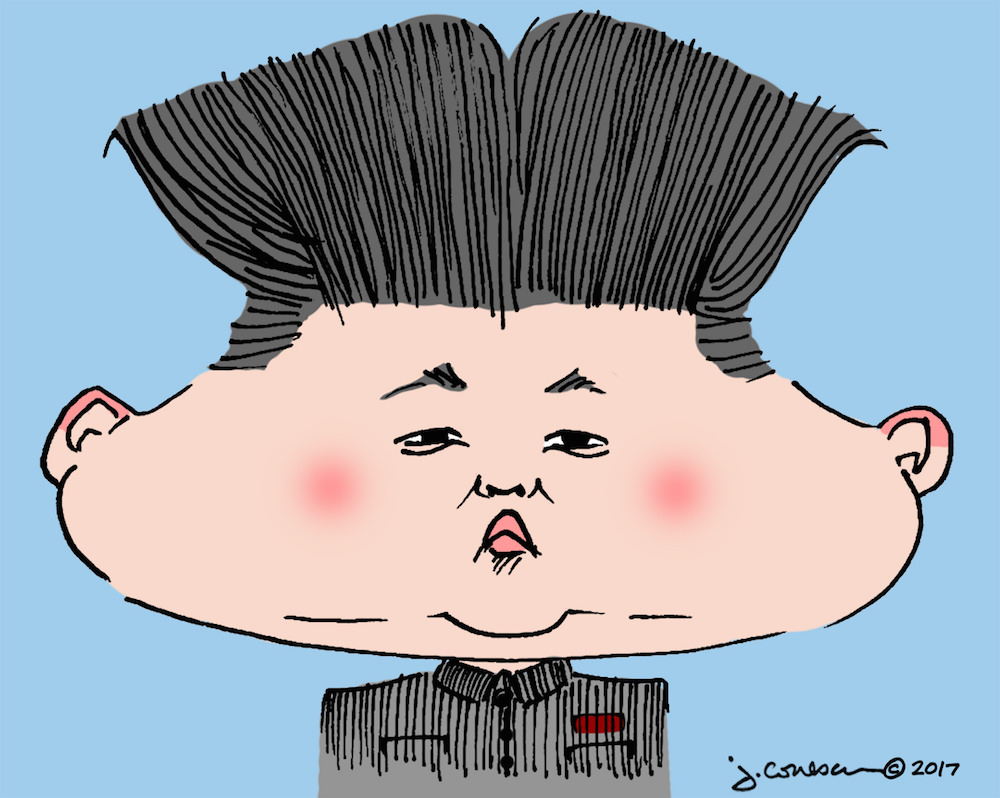 I did over half of my Air Force hitch in USAF Security Service, the USAF branch of the National Security Agency. It was our job to hoover up radio traffic from the other side of the Iron Curtain and near the battlefields of the proxy wars. Then we had to translate the untreated sludge and prepare reports that the generals could hand to the civilians running the show.

The Pueblo, that Navy vessel that got grabbed by North Korea in 1968, was part of the Navy branch of NSA. It was putting the Big Ear on North Korea.

The USAF had some really wonderful assignments on the translation and report writing side — Hawaii, Germany, England — and some less wonderful assignments on the Big Ear side. There was a listening station in Alaska reachable only by dog sled or snowmobile, one in Japan that was so high up and isolated that it was iced in part of the year, and the assignment I drew to a little listening post north of Da Nang so close to the DMZ you could reach across and pull Uncle Ho’s beard.

Nobody, I am told, would trust Trump
with anything classified.

I’ve still got pals in the business and I got the transcript you are about to see from an NSA source. There is only one side of the conversation because I’m told all the classified stuff is on the other side. Even though the email that brought this went through two levels of encryption I know of, she, I mean he, was worried about getting busted and so only forwarded Donald John Trump’s remarks. Nobody, I am told, would trust Trump with anything classified.

Herewith, the Washington half of the conversation:

Little Rocket Man? Dotard here. We need to talk about these military exercises that have you all bent out of shape, and you and I need to steer around that guy with the funny mustache. I can’t fire Yosemite Sam so soon. He’s a good man, fantastic man, incredible expert, incredible. I love John Bolton, but if I can ignore that ‘stache you and I can steer around him, right? We are the bosses.

You know we do those joint exercises every year, right?

Well, you’re right to find them threatening. Threatening you is the point.

Or maybe I should say threatening you back?

The point of this fantastic summit you were threatening to call off was to dial back threat levels. So I had to call it off before you did.

Sure, if you wanna get after it before we’re face to face, I’m OK with that… but you have to give me something in return to show that gang of pussies in the State Department.

This summit is an amazing idea, amazing, and I’m sure a fantastic guy like you wouldn’t want to mess it up.

To be ‘tough’ is now to send an ugly tweet.

Honestly, Rocket, I need you to notice that I’ve changed the definition of toughness over on my side. To be “tough” is now to send an ugly tweet. Under the Democrats, tough was using the U.S. Navy to police sanction busters or having our long-range bombers test the edges of your air space while you guess if they are carrying nukes. Which kind of tough would you rather deal with?

No, I’m not calling you that rabbit in the Avengers movie. Amazing movie, amazing — but that character is a raccoon.

And I gave you the name “Rocket” first.

Oh. I didn’t know you had been a fan for that long.

OK, maybe the raccoon got the name first, but did you notice at the end of the movie half of the Avengers blew away like dried leaves? But not Rocket. That’s because they are going to need a star pilot in the sequel to get everybody back together. That story is fantastic, but it won’t work without Rocket. He’s more important than Thor.

Yes, you look a lot like Thor.
People say that to me all the time.

Yes, you look a lot like Thor. People say that to me all the time. 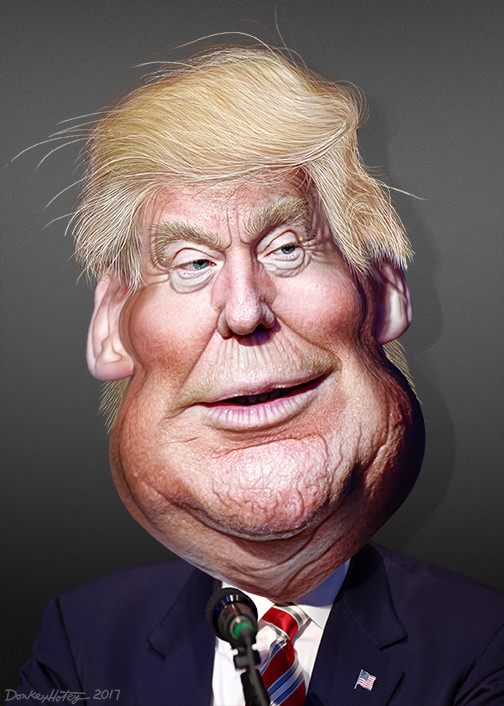 Let’s get back to why I’m calling. If we call off our talk-talk because of something that’s been going on since before you took power or because of Yosemite Sam, then we both lose this fantastic chance to prove our leadership. You’re still surrounded by old guys who don’t respect you. They’re all haters and losers.

I just passed the one-year anniversary of a witch hunt by people who don’t understand the kind of leadership you and Vlad offer. I got these Deep State cowboys and you got your generals. You need to protect your style and I need to join you and Vlad among the great leaders. Neither one of us can afford to back off.

So how about this?

You use your superb fantastic media to bring your amazing people in on what we are doing?

You can just order your TV to
broadcast the truth.

You don’t have the fake news problem I have. You can just order your TV to broadcast the truth. I can sell it to my wimpy haters and losers as my achievement, as if I’ve brought that damned First Amendment crap to your country — but we both know you can jerk it back by killing a couple of editors.

Yes, that control is amazing. Your fantastic leadership is way superior to mine in handling the media.

Yeah, since Andy Breitbart died, all I have are Matt Drudge and Sean Hannity. I can’t even trust Rush anymore.

We’ve got a fantastic thing going here. You are doing stuff your old generals told you couldn’t be done. Maybe you won’t have to kill any more of them.

Oh, I didn’t realize you needed personal target practice. You have plenty of losers to spare, don’t you? If you don’t, I can send you some of my losers. I’m up to my ass in losers.

Me? I get a lot out of this terrific thing of ours. I’m showing those pissant morons who claim you have to know history to do foreign policy. All it takes is a natural talent for making deals and a terrific guy like you on the other side.

Let’s keep this amazing summit idea rolling and next year it will be Rocket Man and Dotard meeting in Oslo to celebrate the golden age of Twitter diplomacy. We don’t need so many diplomats, so those programs at Georgetown and Stanford and Harvard will be cut way back, but the few students left will be studying us. Maybe at community colleges, too.

You and me, Rocket, you and me.

1 Response to Steve Russell :
Half of an NSA intercept