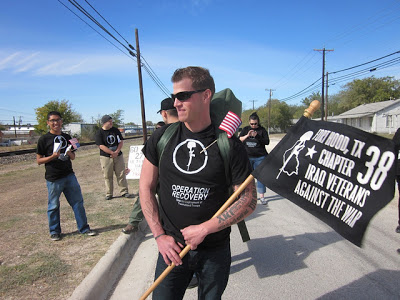 Representatives of IVAW and Under the Hood Cafe marched in the Killeen Veterans Day Parade. Photo by Susan Van Haitsma / The Rag Blog.
The burdens of war:
Anti-war GI’s on Veterans Day

KILLEEN, Texas — Usually Veterans Day bums me out big time. War is the worst human invention I know. Sacrificing the lives of young adults to “protect my way of life” is false and backward. I don’t know how to thank veterans for their sincere motivation to help the world when consequences of their roles as soldiers have been so harmful to the world and to themselves.

This Veterans Day, I had an opportunity to reconcile these sentiments in the heart of Texas, in the small town that contains the largest military base in the world.

Staff and volunteers with Under The Hood, the GI Rights Center and Café in Killeen, Texas, teamed with members of the Ft. Hood chapter of Iraq Veterans Against the War (IVAW) to march in the Killeen Veterans Day Parade, and they invited supporters to join them. Several of us drove up from Austin to take part.

The parade entry was designed to promote IVAW’s Operation Recovery project, a campaign for service members’ right to heal. The campaign is calling for increased health services for traumatized troops instead of continued deployments. Surely this is a reasonable demand.

We civilian supporters walked with the soldiers, carrying an Operation Recovery banner and distributing fliers to the parade audience about Operation Recovery and Under The Hood. We weren’t sure how we would be received by the crowd lining the parade route, but even with red, white and blue everywhere, people were overwhelmingly receptive.

As the parade wound its way through Killeen’s modest downtown streets, we passed deserted storefronts and saw many signs of economic struggle. War does not profit the warrior.

A press release about our parade entry was issued just before we walked the few blocks from Under The Hood, across the railroad tracks to the parade lineup. A local ABC-TV affiliate responded, and a reporter came to the café after the parade. Iraq war vets, Kyle and Curtis, gave excellent interviews for a good report that ran on the evening news and the KXXV-TV home page.

After the interviews, we hung around the café and talked, readying things for the evening’s special Veterans Day poetry event hosted by the phenomenal Killeen poetry slam group. My feelings about the day’s events seemed to find expression in the poems I heard that night. Truths were spoken about military life, death and injury, separation and reconciliation, love and pain. We were drawn together: soldier and civilian, gay and straight, youngadults and older ones.

Check out www.underthehoodcafe.org to find out more about Under The Hood, and go to www.operationrecoverycampaign.org to register your support for service members’ right to heal. 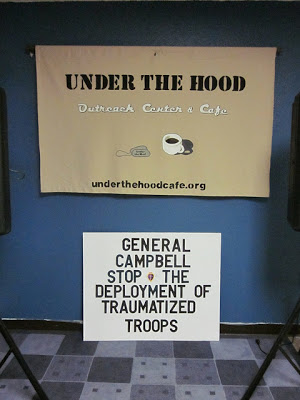 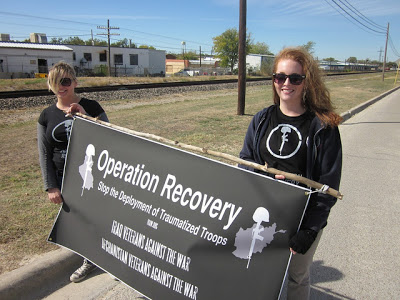 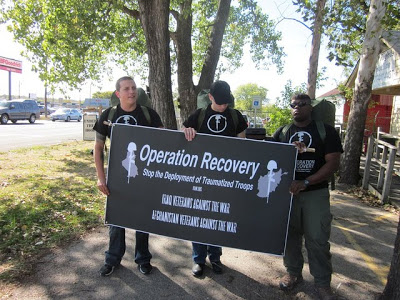 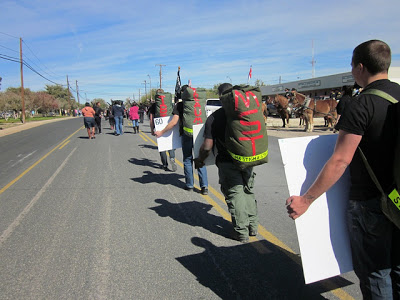 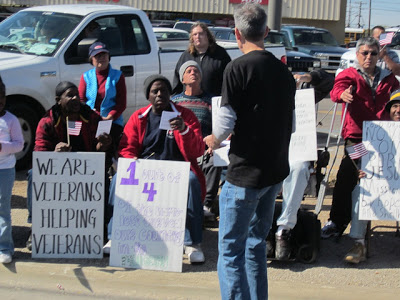 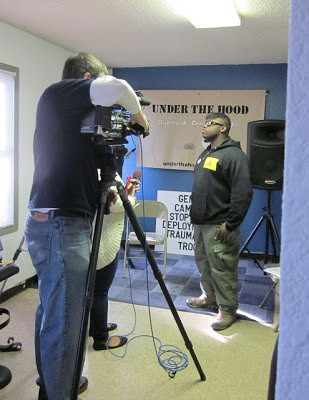 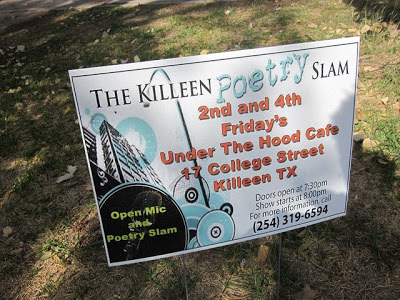 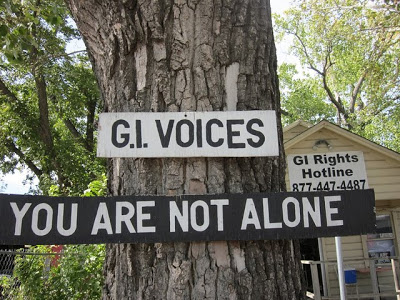 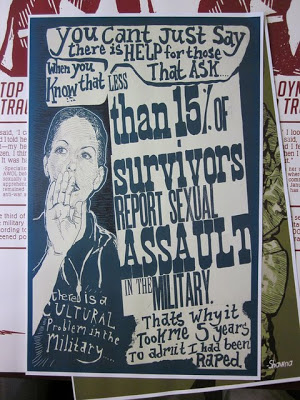