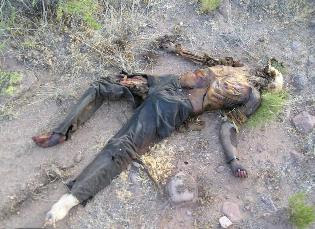 A Story of U.S. Immigration In An Age of Global Apartheid
By Ben Terrall, August 14, 2008

In his 2001 book, Operation Gatekeeper: The Rise of the ‘Illegal Alien’ and the Remaking of the U.S.-Mexico Boundary (Routledge), Joseph Nevins focused on the Clinton Administration’s initiatives to heighten security at the U.S.-Mexico border.

That book showed how the alleged goal of reducing immigration to the U.S. by pushing potential migrants from “urban corridors” to remote regions only made the crossing more dangerous, and thus contributed to more needless deaths of poor Mexicans and Central Americans. It also made clear that previous to the 1970s, travel between Mexico and the U.S. was not a national issue.

Nevins’s new book, Dying to Live: A Story of U.S. Immigration In An Age of Global Apartheid (City Lights Publishers, 2008), continues his earlier examination of border policies, but personalizes its analysis by looking at the tragic story of one hard-working family man, Julio Cesar Gallegos, who died with five other men and one young woman in 1998 in Southern California’s Imperial Valley Desert.

Julio, although technically “illegal,” had been living and working in East Los Angeles since 1993. A family emergency drew Julio back to his hometown in central Mexico; he was attempting to return from there to his L.A.-based wife, a U.S. citizen, and their young son, when he and his traveling companions expired. When his body was found it was so mummified it appeared to be charred.

Dying to Live interweaves meticulously documented history of Mexican immigration to the U.S. with the story of the Gallegos family’s struggles. Nevins presents a record of racist legal and extra-legal harassment of Mexicans in the U.S., and stresses that territory which became part of ten states (Texas, Arizona, New Mexico, Oklahoma, Wyoming, Colorado, Kansas, Utah, Nevada, and California) was incorporated into the U.S. only after Washington attacked and occupied Mexico City.

Nevins lays bare the overheated demonization of foreigners that has dominated U.S. politics since the September 11, 2001 Al Qaeda attacks. Among the more disturbing quotes cited is a 2006 statement from Congressman Tom Tancredo of Colorado (who ran for the 2008 Republican presidential nomination): “Many who come across the border are workers. But among them are people coming to kill you and me and your children.”

The reality is that the people being killed are poor Latino travelers. Since the mid-1990s, more than 5,000 migrant corpses have been recovered from the U.S.-Mexico borderlands.

Contrary to the impression fostered by Fox News, these people were not coming to the U.S. out of spite. They were fleeing an economic arrangement that had betrayed them. While the Clinton-backed North American Free Trade Agreement (NAFTA) was marketed in the 1990s as a pro-growth treaty that would “lift all boats,” time has shown that profits NAFTA generated for big business did not trickle down to poor and middle-class people on either side of the border.

In a recent interview, Nevins cited a Carnegie Endowment for International Peace study which found that “between the years 1994 and 2002, about 1.3 million Mexican farmers or farm laborers had been displaced by a trade deficit that had been brought about most significantly by NAFTA.”

Nevins asked, “Where do these people go? Well, they might try to go to Mexican cities, but the promise of NAFTA to greatly increase industrialization in Mexico never materialized. To the extent it materialized anywhere, it was in the border regions, but it didn’t materialize sufficiently. And at the same time, of course, many of these maquiladoras, the factories, are moving to China, so they end up coming to places like New York City, Oakland, California or rural areas of Wisconsin.”

Nevins’s text is complemented by Mizue Aizeki’s powerful photos, which emphasize the basic humanity of poor people targeted by xenophobic U.S. border militarization policies. This book is the perfect antidote to the mantras of hate heard round the clock on right wing AM radio. It artfully shows the importance of solidarity with poor populations who are paying the price for corporate profiteering in the age of NAFTA and other such misleadingly-labeled “free trade” agreements.

2 Responses to The Age of Global Apartheid, Courtesy Uncle Sam