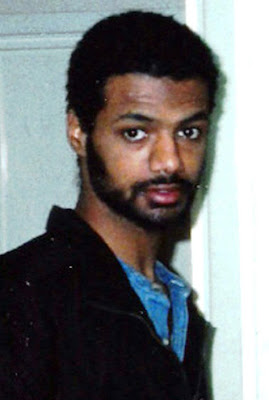 A FLURRY of letters between the British Foreign Office and the US State Department has revealed that Washington did threaten to withdraw intelligence-sharing with Britain if documents related to the alleged torture of a British terrorism detainee in Guantanamo Bay were made public.

The High Court in London said on Wednesday the Foreign Office had refused to allow the torture documents to be revealed because of a “threat” from Washington to stop sharing intelligence with Britain.

The US warning, related to the case of British detainee Binyam Mohamed, was promptly denied by British Foreign Secretary David Miliband, who insisted that there had been no threat from the US to “break off intelligence co-operation”.

But on Thursday night British broadcaster Channel 4 revealed that a letter dated August 21, 2008, from the US State Department, stated the consequences if a British court published American documents on the capture and interrogation of Mohamed.

“I write with respect to proceedings … regarding Mr Binyam Mohamed,” the letter said. “We note the classified documents identified in your letters of June 16 and August 1, 2008, to the acting general counsel of the Department of Defence … the public disclosure of these documents or of the information contained therein is likely to result in serious damage to US national security and could harm … intelligence information sharing arrangements between our two governments.”

Channel 4 revealed that a week later the State Department wrote again to the Foreign Office to make clear the consequences if British courts released the paperwork detailing allegations of torture by US and British intelligence services.

“To the extent the UK proceedings are currently aimed at ensuring that the documents at issue will be before the convening authority before she makes her referral decision, this development further demonstrates the relief sought through these proceedings has been otherwise accomplished and no further action by the court is required,” the letter said.

“Ordering the disclosure of the US intelligence information now would have only the marginal effects of serious and lasting damage to the US-UK intelligence sharing relationship, and thus the national security of the UK …”

The threat has sparked an angry reaction in London after Lord Justice John Thomas and Mr Justice Lloyd Jones told the court lawyers for Mr Miliband had made clear the threat represented too great a risk to national security to be ignored.

The court was also told that Mr Mohamed’s lawyers had tested the new administration of President Barack Obama and that the warning stood.

British newspapers highlighted the hypocrisy of the statement, particularly as it emerged just 24 hours after US Secretary of State Hillary Clinton made much of the “special relationship” between the two countries.

The judges’ statements reveal that top-secret documents that form the linchpin of the case argue “torture or cruel, inhuman or degrading treatment”. In an echo of the Australian case brought by Mamdouh Habib, the paperwork suggests the presence of a British intelligence official at the time Mr Mohamed alleged he was tortured.

Mr Mohamed was born in Ethiopia and sought political asylum in Britain in 1994. He was granted leave to remain, but was captured in Pakistan in 2002 attempting to re-enter the UK on a false British passport.

He was passed to the Americans and was held incommunicado, first in Pakistan and then in a series of secret locations for more than two years. He has alleged he was subject to “extraordinary rendition to Morocco where torture continued in a severe form”.

Between May and September 2004, Mr Mohamed confessed to an involvement with al-Qaeda and plotting terrorist attacks, leading to his being charged with terrorist crimes, including a plot to detonate a dirty bomb. These charges were dropped.