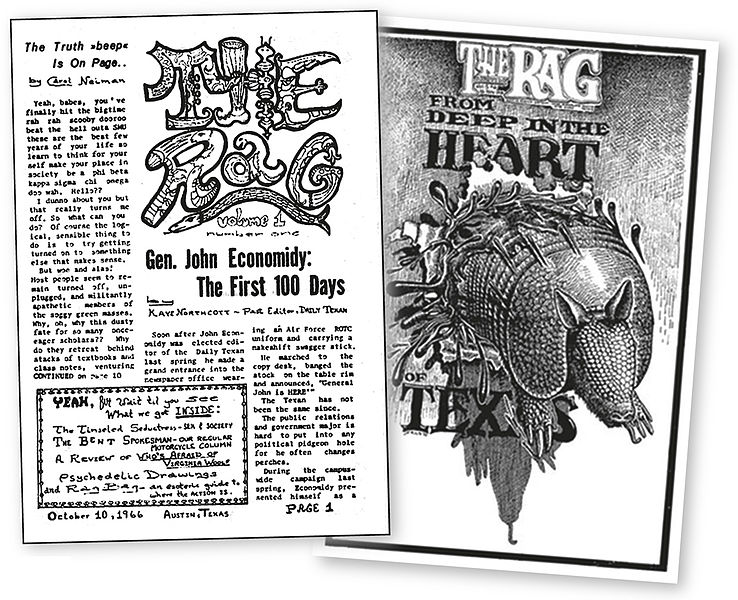 The Rag, Austin’s weekly tabloid underground newspaper, published 380 editions from 1966 to 1977. Noted for its unique blend of New Left politics and Sixties alternative culture, The Rag was among the earliest and most influential of the Sixties-era underground newspapers; it was the first in the South and the first to grow directly out of an activist and counterculture community. 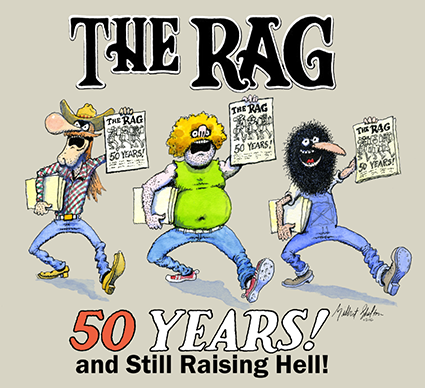 The Rag also eschewed the traditional top-down editorial structure, with the staff making decisions democratically.  Its volunteer staffers’ writing and activism were at the heart of the civil rights, anti-war, student power, women’s liberation, LGBT rights, and labor movements of the Sixties and seventies. They covered Austin city politics and chronicled the emergence of the Texas counterculture and the Austin music scene.

And The Rag is the first of the Sixties underground papers to be reborn into the Internet age with the influential progressive news magazine, The Rag Blog, and the syndicated Rag Radio program, both of which have wide followings as they carry on the Rag’s storied tradition. 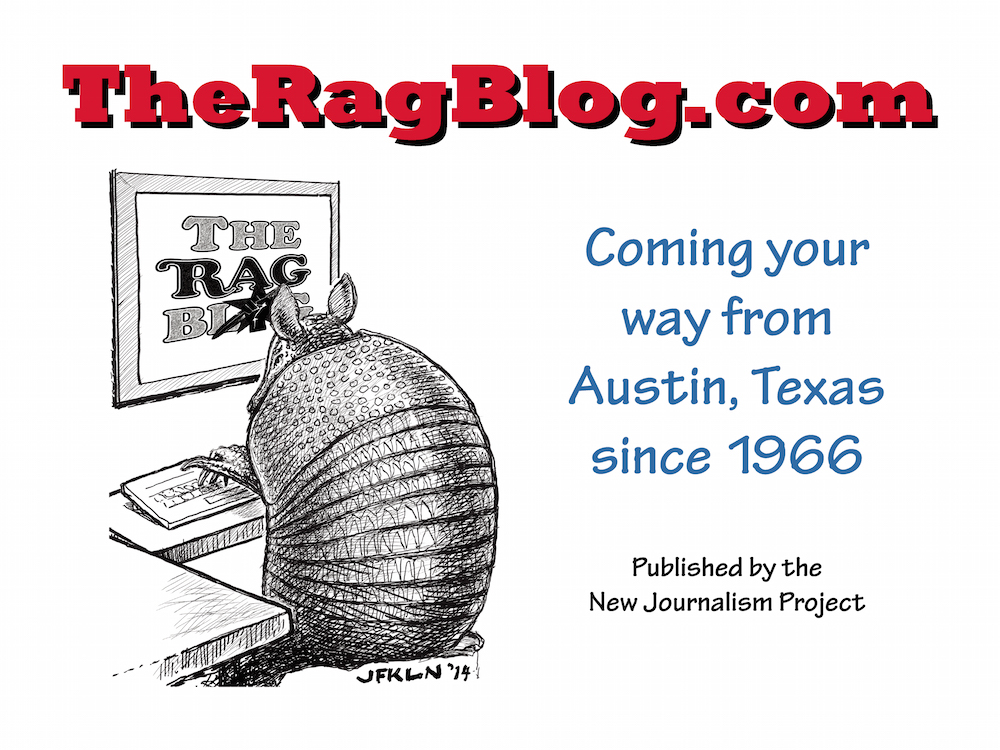 Over the four days in October, publications, panel discussions, exhibitions, informal gatherings, and music concerts will document and interpret The Rag’s impact on Austin’s subsequent history, compare the different media strategies employed by the Rag staff and the community activists of today, and introduce a book and e-book containing approximately 100 of the paper’s most compelling articles, plus artwork created by iconic Texas artists like Gilbert Shelton and Jim Franklin that originally appeared in The Rag from 1966 to 1977.  The book will also include a series of essays written for the occasion by former staffers.

Our 50th Anniversary Celebration will kick off by revisiting the remarkable Gentle Thursday happenings that The Rag helped organize in the late Sixties, and will include a reunion of the dozens of volunteers who published this newspaper; the world premiere screening of The Rag: Austin’s Underground Press 1966-1977, a film by Peoples History in Texas, and a public presentation of a newly-digitalized archive of The Rag’s 380 issues that will be available to future historians, teachers, students, and researchers.

There will also be a concert featuring Austin musicians who were key players in the early years of the Austin music scene. Appropriately, the concert will take place at Eddie Wilson’s Threadgill’s South, near the former site of the legendary Armadillo World Headquarters that opened in 1970 and was also owned and operated by famed music impresario and restaurateur Wilson — who has noted that The Rag “holds a major place in Austin’s political and cultural history.”

To communicate with the Rag Reunion Organizing Committee: reunion@theragblog.com.

11 Responses to Thorne Dreyer and Alice Embree :
The Rag: 50 years of cutting-edge journalism