On Rag Radio, Craig McDonald says the Perry case is about ‘coercion and abuse of power,’ and that only the Texas media has gotten the story right. 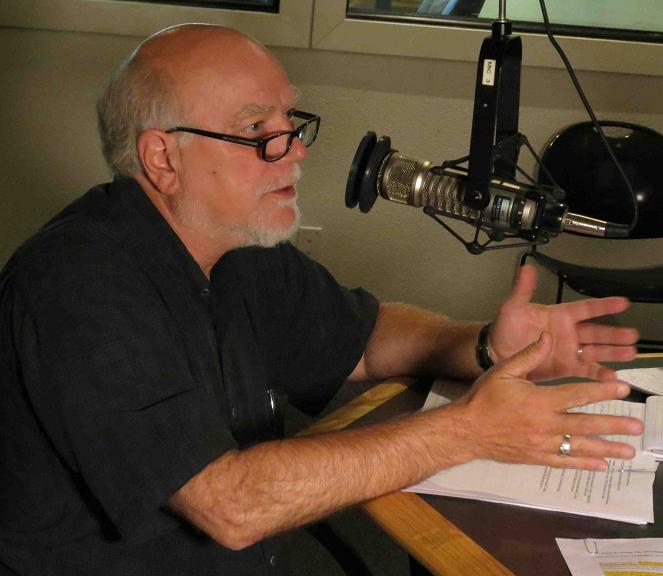 Craig McDonald on Rag Radio in the studios of Austin’s KOOP-FM, September 5, 2014. Photos by Roger Baker / The Rag Blog.

Texas public interest crusader Craig McDonald, once cited by Rolling Stone magazine as among the nation’s top “Renegades, Mavericks and Troublemakers,” is our guest on Rag Radio.

McDonald is the founder and director of Texans for Public Justice (TPJ), the public interest anti-corruption nonprofit whose complaint against Texas Governor Rick Perry led to a felony indictment charging Perry with “coercion of a public servant and misuse of official capacity.” The group also filed the 2005 criminal complaint against House Majority leader Tom Delay that resulted in several felony convictions and, ultimately, DeLay’s resignation.

Download the podcast of our September 5, 2014 Rag Radio interview with Craig McDonald here — or listen to it here:

On the show, Craig McDonald discusses the widespread misinformation about the Rick Perry indictment in press coverage of the story. Much of the national media, including liberal media sources, “jumped on a bandwagon from the very get-go,” according to McDonald, saying “that this is overreaching, that we’re ‘criminalizing politics,'” calling it a “political vendetta, a witch hunt against Rick Perry.”

In fact, Craig McDonald told the Rag Radio audience, “there has been no Democrat who has touched this investigation or moved it forward. It has all been done by Republican judges and Republican prosecutors.”

“One judge was a Rick Perry appointee,” he says, and the “special prosecutor worked under George W. Bush.” “We filed our complaint with the Travis County District Attorney, a Democratic office,” McDonald adds, “but they did the proper thing and recused themselves instantly.”

“To say that it’s ‘payback from those liberals in Travis County’ doesn’t have an ounce of truth in it.”

McDonald directs us to TPJ’s fact-checking page that debunks much of the misinformation about the Rick Perry indictment.

Addressing charges that the indictment is a direct attack on Perry’s constitutional veto powers, McDonald says it was never about the veto per se. “We actually filed our complaint prior to his vetoing [funding for] the Public Integrity Unit.” “It was about coercion and abuse of power,” he says. It was about Perry “holding the veto over [Austin DA] Rosemary Lehmberg’s head if she didn’t step down.”

On the other hand, Craog McDonald points out, “the Texas media has pretty much gotten the story right. The Dallas Morning News — which historically is not exactly a liberal newspaper — got it right from the start.” “One reason,” he adds, “is that a lot of those people have respect for our work. We’ve filed a number of criminal complaints against politicians, and we have never filed a frivolous one.” 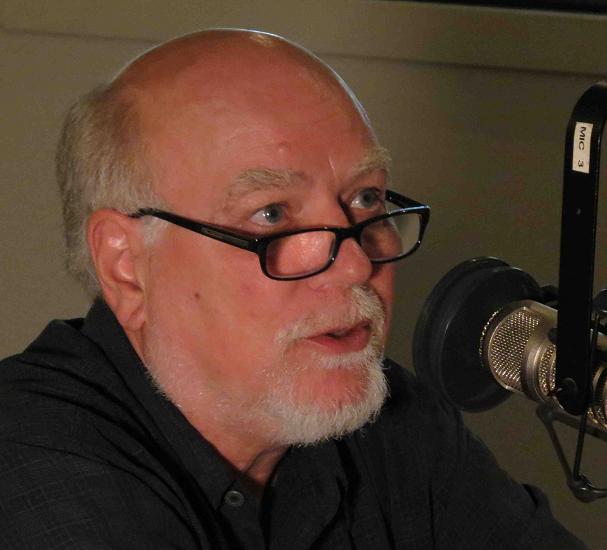 McDonald tells the Rag Radio listeners that, since filing the complaint against Perry, the organization has been targeted with a barrage of vitriolic attacks, including death threats, reams of hate mail, and threats of retaliation against the group’s donors.

On the show, McDonald also addresses the status and history of the Tom DeLay case. McDonald was the lead prosecution witness at the trial, and he and the organization continue to be involved in the ongoing legal process.

And he talks about Texans for Public Justice‘s ongoing work, especially its current efforts at researching and publicizing the prospect of “dark money” dominating the 2014 elections.

In its own words, NJP is “a nonpartisan group that tracks the influence of money and corporate power in Texas politics.” The organization has published hundreds of reports and articles detailing campaign finance practices and lobbying activities in Texas and has filed dozens of complaints against elected officials, both Republicans and Democrats.

In 2005, Rolling Stone magazine named Craig McDonald one of the nation’s top “Renegades, Mavericks and Troublemakers.” They tagged him the “DeLay Slayer.”

McDonald is a former director of Public Citizen, the Washington-based consumer advocacy organization founded by Ralph Nader, and of the Center for a New Democracy. He began his public-interest work in 1977 as a community organizer in his hometown of Grand Rapids, Michigan. Craig has apppeared on leading media outlets including 60 Minutes, Nightline, Bill Moyers’ Now, The New York Times, and The Washington Post.