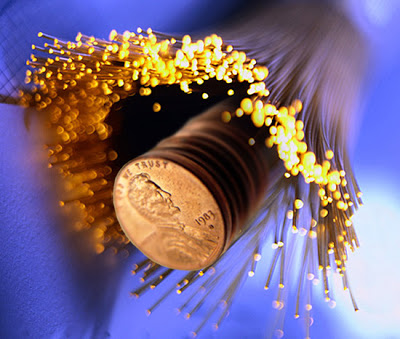 Austin is not a city that takes its broadband lightly. It’s home to supercomputers, digital media studios and online gaming companies. Thanks to that, it’s now a microcosm for a battle against consumption-based broadband attempts around the country.

When it comes to trialing its metered broadband service, Time Warner Cable’s choice to do so in the tech-savvy city of Austin, Texas, was no accident. And residents may not be able to do much about it.

According to TWC spokesman Jeff Simmermon, Austin’s dedication to all things digital was precisely why it was chosen as one of four cities where the company plans to trial consumption-based broadband plans, which range from 5 GB to 40 GB per month (TWC says it has plans for a 100 GB-per-month tier as well). “Austin is a passionate and tech-savvy city, and the spirit that we’re approaching this (metered broadband) test with is that if it’s going to work, it has to work in a tech-savvy market where the use patterns are different,” he told me.

So far, Austin isn’t impressed, but since the local cable franchise it grants only deals with video, there may not be much it can do. Chip Rosenthal, one of seven commissioners on the City of Austin’s Technology and Telecommunications Commission (a strictly advisory body), hopes that concerned citizens will show up at the meeting it’s holding at City Hall this Wednesday and talk about metered broadband. He wants to get the metered bandwidth issue added to the agenda of the commission’s May meeting as well.

But local efforts aside, Rosenthal says Austin will have to take a national approach, either through Congress and the Federal Communications Commission, or through a lawsuit to prevent or influence the deployment of metered broadband. “The city has much greater national influence than you or I as individuals, ” Rosenthal said.

He’s right, but for those wanting to express their individual disdain, here’s an online petition put forth by a local citizen. As for the city, it’s encouraging to note that within two days of the story breaking, two of the city’s mayoral candidates issued statements questioning such caps [Lee Leffingwell and Brewster McCraken]. One noted that downloading the first season of my hometown’s favorite TV show, “Friday Night Lights,” would require almost 31 GB and would subsequently put people in danger of violating the current top-tier cap of 40 GB. “Friday Night Lights” isn’t just about Texas football, it’s also shot in town, and an important showcase for film production here in Austin.

Austin is not a city that takes its broadband lightly. It’s home to supercomputers, digital media studios and online gaming companies. Thanks to that, it’s now a microcosm for a battle against consumption-based broadband attempts around the country. If metered broadband works in Austin, then it can work anywhere — even in your hometown.

This entry was posted in RagBlog and tagged Austin, Broadband, Internet, Technology. Bookmark the permalink.