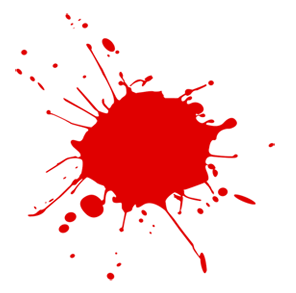 Micah Zenko writes in the Council Special Report that the Pentagon and CIA use the term “bug splat” in referring to their civilian collateral damage methodology. The acronym MALE is employed to describe “medium altitude long-endurance” drone technologies of the future.

The report concludes that of 3,000 killed in drone attacks so far, “the vast majority were neither al Qaeda nor Taliban leaders,” a major difference from the low-to-zero civilian casualty estimates by the Obama administration, including newly-recommended CIA chief John Brennan.

Congress comes in for sharp criticism for its failure over the past 10 years to hold a single public hearing on any aspect of the so-called non-battlefield targeted killings. Staffs of the foreign affairs committees “have little understanding of how drone strikes are conducted within the countries for which they are responsible for exercising oversight.”

Judiciary committees are “repeatedly denied access to the June 2010 Office of Legal Counsel memorandum that presented the analysis of the legal basis” for the drone killing of U.S. citizen Anwar al-Awlaki in Yemen in September 2011.

A citizen call for congressional hearings could trigger a response as the new legislative session gets underway in Washington next month. President Obama himself, in an October interview with Jon Stewart, called on Congress to offer “new legal architecture” in order to “rein in” the growing powers of the executive branch in the drone age. The CFR report is likely to shape the terms of the debate ahead.

The report credits protests by human rights and peace advocates and journalists for causing a “major risk” of operational restrictions on drones, and draws parallels with the widespread questioning that undermined the Bush-era torture policies and warrantless wiretapping.

“The current trajectory of U.S. drone strike policies is unsustainable,” the report flatly concludes. Public pressure combined with international condemnation will cause the decline of the program unless there are both reform and confidence-building measures.

The report warns that U.S. policies are setting off a dangerous drone arms race. “Without reform from within, drones risk becoming an unregulated, unaccountable vehicle for states to deploy lethal force with impunity.”

Public opinion surveys show a declining support for the drone policy from 83 percent to 62 percent just between February and June 2012, the period when President Obama initiated his “conversation” about the policy. Local protests have risen against drones as the Afghanistan war has been “winding down.” A colorful, large-scale protest against drones is expected to occur during the Obama inauguration.

The peace protesters have an institutional ally in the absence of support from Congress — the powerful lobby for counterinsurgency, which opposes drone strikes as counterproductive without advisers and troops on the ground to win over “hearts and mind.” One member of the advisory committee on the CFR report was Gen. Stanley McChrystal, who embodied the counterinsurgency program in Afghanistan until forced into retirement.

In an interview last week, McChrystal cautioned that drones create widespread hatred on “a visceral level.” The Long War Journal representing the counter-insurgency advocates, and the New American Foundation, representing national security “centrists,” have been in the forefront of questioning the efficacy of the administration’s policies for this reason.

As 2013 begins, the return of an Imperial Presidency is a definite specter over the Obama administration. Not only is the drones policy under challenge, but the rules of Special-Ops killings and detention, the launching of cyber-war, and the return of the CIA to the business of running cover armies are examples of militarism without checks and balances.

The CFR report says, but cannot confirm, for example, that the CIA directs a paramilitary force of 3,000 Pashtun mercenaries on the Pakistan-Afghanistan border. Congressional oversight is failing, according to the report, and the War Powers Act of 1973 is simply obsolete for the era of modern warfare with its waning emphasis on ground troops.

As even the president has acknowledged, “I think creating a legal structure, processes, with oversight checks on how we use unmanned weapons is going to be a challenge for me and for my successors for some time to come.” (Bowden, Mark. The Finish) Coupled with his comment to Stewart, that is as close as possible to an admission by a president that his government is operating outside the constitutional structure.

It is hard to expect serious reform from the same administrative elites who have depended on the War on Terror’s enabling framework for a decade. Obama may lead us towards a “conversation” but solutions will have to come from Congress at the insistence of the public and media. That is how the War Powers Act became law in 1973, at the insistence of Congress, the media and the peace movement.

No president, from Nixon to Obama, has ever accepted its constitutionality, though sometimes abiding by its requirements — because they believe the law infringes on the power of the presidential office to make war. That is why the public and Congress will be required to reform the current policies, or the future will become far more secret than the past.