Tom Hayden : Sherrod, Obama, and the Strength of Roots 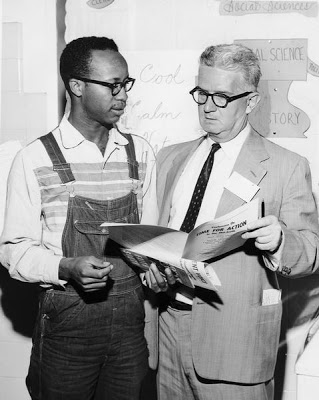 Charles Sherrod and Carl Braden (a civil rights legend, along with his wife Anne), in 1963. Photo from Wisconsin Historical Images.

The media have been silent about Shirley Sherrod’s husband, Charles Sherrod, a real hero to many of us in the ’60s for his key role as a leader in SNCC in building an INTER-RACIAL civil rights movement. Charlie left SNCC when Stokely Carmichael took it over, expelled white folks, and adopted “black power” as its ideology, in order to continue building a black-and-white movement in Georgia. The notion that Charlie’s wife could have been guilty of what’s being called “reverse racism” against whites is therefore doubly ludicrous. Some of us who knew Charlie back when, however, haven’t forgotten his shining example.

Remembering the struggle in rural Georgia:
Sherrod, Obama, and the strength of roots

See ‘Using Race to Smear Obama,’ by Eugene Robinson, Below.

How would members of the Obama administration have reacted to racist pressure from the Deep South in the early 60s? Would they have fired Justice Department civil rights monitors who antagonized hard-line segregationists?

For those of us with long memories, this is one of the key questions posed by the firing of Shirley Sherrod in a fit of official overreaction to the shameful right-wing blogger Andrew Breitbart. It is true that the administration reversed course quickly after the true story was revealed, but that the Obama administration can be spooked so easily by Glenn Beck and FOX News raises a serious question: if they are so tough on national defense, drugs, and crime, where is their resolve against the deceitful attack dogs of the right?

My introduction to virulent southern racism came in 1961 when I ventured to Albany, Georgia, first to write an article about the Deep South organizing done by the Student Nonviolent Coordinating Committee (SNCC) and, second, to become a freedom rider on a train to Albany that December.

It was then I met, and came to admire, a brave young civil rights worker named Charles Sherrod, whom everyone in the movement simply called “Sherrod.” Albany was a segregated town near Plains, Georgia, and the home of Hamilton Jordan who went on to become Jimmy Carter’s chief of staff. Sherrod was the kind of front-line young militant who eventually brought about the New South of Carter, Bill Clinton, and Al Gore, among others. Sherrod had to face violence, and the possibility of death, every day in his effort to mobilize young people and their parents against the suffocation of fear. 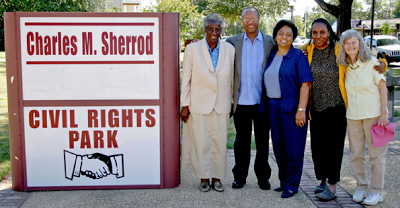 Shirley Sherrod (Center) with Charles Sherrod (to her left) at the Charles Sherrod Civil Rights Park in Albany, Georgia in 2006. Photo from Rural Development.
Sherrod, and his equally committed wife Shirley, made a conscious decision to stay in rural Georgia long after the voting rights laws were passed and the national media departed. I left Albany after my two brief and harrowing experiences in 1961, and never returned until I spoke at a commemoration of the Albany civil rights movement a few years ago. The Sherrods were still there. She was engaged in programs supporting rural farmers, while he had served on the city council and was a minister in a nearby state prison. There were 500 people at the event, the stalwarts of the past.

So Shirley Sherrod’s life cannot be reduced by a dishonest and amoral right-wing blogger into a few seconds of videotape 25 years old. She is one of many thousands who had the force of character to face racist abuse, and seemingly immovable state power, when they were demonized and disenfranchised. They were the trees standing by the water, and they would not be moved. They tried to bring their morality to politics, not accept the politics of Machiavelli.

Our leaders today could learn from this strength of long ago. In fairness, government officials and leaders of large organizations, who are beneficiaries of the Southern civil rights legacy, have institutional reputations to protect. They should avoid needlessly provoking the right, and have every right to pick their fights intelligently.

But years of battering from the right have bred a defensive anxiety in the ranks of too many Democratic liberals. They flinch before they fight. It’s almost as if they internalize the right-wing refrain that they are weak, tea-sipping elitists. They give far greater consideration to conservatives, militarists, and bankers who rarely vote for them than to the millions of activists in social movements who actually made their power possible.

This is a moment when roots should be remembered, recovered from oblivion and venerated, not airbrushed out of history and polished resumes.

[A political activist for more than four decades, Tom Hayden is director of the Peace and Justice Resource Center. A founder of SDS and a former California State Senator, Hayden is the author of The Long Sixties (Paradigm, 2009).] 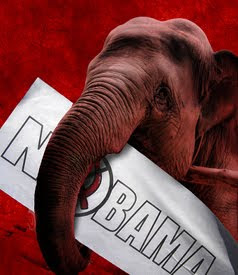 WASHINGTON — After the Shirley Sherrod episode, there’s no longer any need to mince words: A cynical right-wing propaganda machine is peddling the poisonous fiction that when African-Americans or other minorities reach positions of power, they seek some kind of revenge against whites.

A few of the purveyors of this bigoted nonsense might actually believe it. Most of them, however, are merely seeking political gain by inviting white voters to question the motives and good faith of the nation’s first African-American president. This is really about tearing Barack Obama down.

Sherrod, until Monday an official with the Department of Agriculture, was supposed to be mere collateral damage. Andrew Breitbart, a smarmy provocateur who often speaks at tea party rallies, posted on his website a video snippet of a speech that Sherrod, who is African-American, gave to a NAACP meeting earlier this year. In it, Sherrod seemed to boast of having withheld from a white farmer some measure of aid that she would have given to a black farmer.

It looked like a clear case of black racism in action. Within hours, Agriculture Secretary Tom Vilsack had forced her to resign. The NAACP, under attack from the right for having denounced racism in the tea party movement, issued a statement blasting Sherrod and condemning her attitude as unacceptable.

But Breitbart had overstepped. The full video of Sherrod’s speech showed she wasn’t bragging about being a racist, she was telling what amounted to a parable about prejudice and reconciliation. For one thing, the incident happened in 1986 when she was working for a nonprofit, long before she joined the Obama administration. For another, she helped that white man and his family save their farm, and they became friends. Through him, she said, she learned to look past race toward our common humanity. 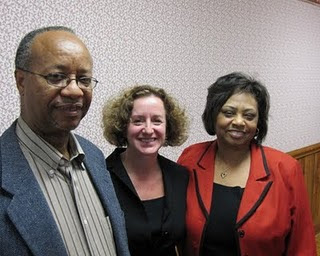 Shirley Sherrod, then a former board member of the Farmers Legal Action Group (flag), with husband Charles and retiring board member Betty Bailey, were honored at a FLAG dinner in 2009. Photo from Agricultural Law.
In effect, she was telling the story of America’s struggle with race, but with the roles reversed. For hundreds of years, black people were enslaved, oppressed and discriminated against by whites — until the civil rights movement gave us all a path toward redemption.

With the Obama presidency, though, has come a flurry of charges — from the likes of Breitbart but also from more substantial conservative figures — about alleged incidences of racial discrimination against whites by blacks and other minorities. Recall, for example, the way Obama’s critics had a fit when he offered an opinion about the confrontation between Harvard professor Henry Louis Gates Jr. and a white police officer. Remember the over-the-top reaction when it was learned that Justice Sonia Sotomayor had once talked about how being a “wise Latina” might affect her thinking.

Newt Gingrich called Sotomayor a racist. He was lightning-quick to call Sherrod a racist, too. I’d suggest that the former House speaker consider switching to decaf, but I think he knows exactly what he’s doing.

These allegations of anti-white racism are being deliberately hyped and exaggerated because they are designed to make whites fearful. It won’t work with most people, of course, but it works with some — enough, perhaps, to help erode Obama’s political standing and damage his party’s prospects at the polls.

Before Sherrod, the cause célèbre of the “You Must Fear Obama” campaign involved something called the New Black Panther Party. Never heard of it? That’s because it’s a tiny group that exists mainly in the fevered imaginations of its few members. Also in the alternate reality of Fox News: One of the network’s hosts has devoted more than three hours of air time in recent weeks to the grave threat posed by the NBPP. Actually, I suspect that this excess is at least partly an attempt by a relatively obscure anchor to boost her own notoriety.

The Sherrod case has fully exposed the right-wing campaign to use racial fear to destroy Obama’s presidency, and I hope the effect is to finally stiffen some spines in the administration. The way to deal with bullies is to confront them, not run away. Yet Sherrod was fired before even being allowed to tell her side of the story.

She said the official who carried out the execution explained that she had to resign immediately because the story was going to be on Glenn Beck’s show that evening. Ironically, Beck was the only Fox host who, upon hearing the rest of Sherrod’s speech, promptly called for her to be reinstated. On Wednesday, Vilsack offered to rehire her.

Shirley Sherrod stuck to her principles and stood her ground. I hope the White House learns a lesson.

1 Response to Tom Hayden : Sherrod, Obama, and the Strength of Roots