A Cacophony of Inanity 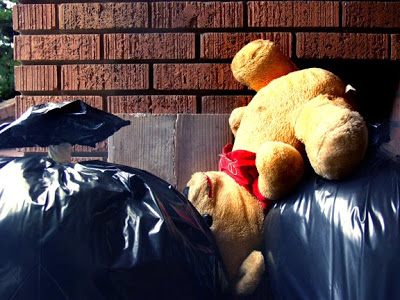 Here in this crumbling empire once known as the American Republic, here in a nation that, at present, for all practical purposes, only produces Cheetos and killer drones, whose architecture is being winnowed down to thriving rural meth houses and foreclosed upon suburban mchouses, whose corrupt corporate culture has bequeathed upon our suffering planet dying oceans and the hyper-caffeinated tsunami of Red Bull Capitalism — the essential question confronts us — how does one retain (not retail) one’s humanity amid the catastrophic machinery and inane accouterment of our age?

Out of painful truth, beauty is born. But, antithetical to the orthodoxies of consumer capitalism, there are no shortcuts.

According to legend, Faust sold his soul for a glimpse of eternal beauty and the hidden knowledge of the world. Sadly, we’ve done likewise (but worse, pathetically) for a glimpse of Paris Hilton’s privileged (but hardly gated and guarded) cooter.

Here, now, sprawled upon the detritus of our dignity, we are confronted by the exponential dynamics of decay known as the U.S. Presidential Election cycle. In this, all three corporate candidates are of little use to us.

Although all three have done very well for themselves by the present and prevailing arrangement known as Disaster Capitalism.

What motivation do they have to change the system by which they’ve thrived? McCain, Clinton, and Obama must serve the interests of the corrupt corporate class — or else they would be marginalized.

Paradoxically, as we have witnessed, as of late, if they make even the most minute rumblings to the contrary — as for example, blundering into a steaming pile of the obvious such as the observation that the battered laboring class of the nation might be embittered by their lot — they risk political immolation by being labeled an elitist.

Of course, Obama is an elitist. (As are Clinton and McCain.)

This entry was posted in RagBlog and tagged Existential Angst, Presidential Campaign. Bookmark the permalink.