A Great Day for John McCain 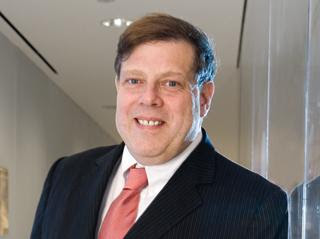 Here are two important articles discussing the Democratic presidential race and especially the destructive turn the Hillary Clinton campaign has taken, much of it under the direction of Mark Penn. These pieces put current events in a little perspective.

Hillary’s rallying cry has been, “I will Survive.” But, with her campaign’s recent divisive tactics, and her insistance on continuing to the convention in defiance of all known laws of mathematics, even if it means the virtual destruction of the party, one can only hope that the lone “survivor” won’t be John McCain.

The race for the Democratic nomination now lurches on to what is already being billed as the next major battleground in Pennsylvania on April 22, and any Democrat with any memory of kindred blood lettings in the past should shiver as history begins to repeat itself. After eight disastrous years of Bush, with a candidate like John McCain, who says he knows nothing the economy and thinks the US will be in Iraq for the next 100 years, almost the only way any Democratic nominee can lose the presidential face off in the fall with be a protracted internecine battle, ultimately decided by the Democratic convention in the last week of August.

The press is blaring tidings of a great Clinton comeback in Ohio and Texas last night, both states in which she had twenty point leads in late February. But in terms of delegates Obama is ahead by what appears to be an insurmountable margin. The only way Hillary Clinton can win the nomination is to savage Obama with calumnies, bloodying him to a point where the Clintons can make the case to the super delegates in the convention that in a race against McCain Obama has already been fatally wounded.

It’s a course to which the Clinton campaign is now totally committed, exactly along the lines advocated by Mark Penn, Hillary’s pollster and chief strategist. Penn’s policy has been the antithesis of any grand coalition of the kind put together by Roosevelt in the 1930s. Already in South Carolina the Clinton campaign was willing to throw the black vote overboard. In Texas Clinton deliberately exploited Hispanic-black animosities.

Obama has plenty to be rueful about. He managed the astounding feat of being on the defensive in Ohio about trade, at the hands of a Clinton. The history of the late 1980s and 1990s was the Clintons at the head of the Democratic Leadership Council, arguing that the free trade agreements were essential to America’s future. Ohio, devastated by job flight was treated to the spectacle of the Obama campaign failing on this very issue, because Obama shrank from making the full case against what Clinton did to working people in the 1990s. He could have slaughtered the Clinton record on Hillary’s disastrous effort at health care reform, on the trade agreements, on the welfare bill, on the well- documented fact that the people who did well in the Clinton era were the rich. He was too innately cautious to play the populist card and he paid the price.

The adulatory press coverage that Obama enjoyed throughout February took the edge of his campaign and left it flatfooted when Hillary had the effrontery to claim that Obama was the one who had to do the explaibing on NAFTA. Obama was similarly slow to counter Hillary’s decision to play the national security card, telling the voters that the American people would be safe in either her on John McCain’s hands but not those of the young senator.

If Obama could not swiftly counter by pointing out that Clinton bought the Bush line on the war hook, line and sinker, doing no independent checking of her own, then his prospects of standing up to McCain don’t look too rosy. A campaign has to be ready to throw mud and there’s mud by the barrow load for Obama to throw at Clinton but in the end she was the one who put him on the defensive.

In 1968 the antiwar forces came to the convention in Chicago fired with the sense that their candidates, Eugene McCarthy and Bobby Kennedy, had crushed Hubert in the primaries. But just as Richard Daley’s police battered the protesters, so too did the party machine crush the antiwar forces and force Hubert Humphrey down their throats inside the convention hall. Humphrey was never able to reunite the fractured party and lost to Richard Nixon.

In 1972 the party bosses never accepted George McGovern, who finally accepted the nomination at three am in Miami and was sabotage by the Democrats and the AFL-CIO and crushed by Nixon in the fall.

Not learning from this, the Democrats saw Teddy Kennedy launch an insurgency against Jimmy Carter in 1980 which spluttered all the way to the convention, where Kennedy refused to concede and drew blood from Carter until the bitter end. A weakened Carter went down before Reagan in a terrible rout for the Democrats.

The Clintons have never been confused their own political fortunes with those of the Democratic Party. In 1996 and 1998 Bill Clinton refused to release campaign surpluses from his own war chest to help elect Democrats to the House and the Senate. Obama’s campaign has most certainly rallied blacks and the young to the Democratic Party. These new recruits will surely melt away as they see the party machine grind the politics of hope in the dirt.

McCain couldn’t have hoped for a better day.

From David Hamilton / The Rag Blog

The campaign press corps missed what may have been the most important comment in the Feb. 26 debate – when Hillary Clinton reminded women that their chance of electing the first female president was slipping away.

“You know, obviously, I am thrilled to be running to be the first woman president, which I think would be a sea change in our country and around the world, and would give enormous… [applause] … you know, enormous hope and, you know, a real challenge to the way things have been done and who gets to do them and what the rules are,” she said in the debate.

The impact of this appeal to women to rally around one of their own – combined with well-coordinated negative attacks on Barack Obama – worked wonders in the March 4 contests, much like a similar strategy helped Clinton overcome a surprise loss in Iowa with a rebound victory in New Hampshire.

Sen. Clinton has vowed not to play the gender card – sometimes even as she was playing it – but it may represent the strongest suit in her political deck. In Ohio, in particular, she used it to reestablish her electoral dominance among middle-aged and older white women.

On March 4, Clinton won Ohio, Texas and Rhode Island, while Obama carried only Vermont. But what was striking – especially about the Ohio exit polls – was how Clinton solidified her hold on white women and trounced her black male rival among white voters in all but the youngest demographic group.

Overall in Ohio, white women went for Clinton by 67 percent to 31 percent, but the numbers were surely even higher among older white women when one looks at the rejection of Obama among white voters 30-years-old and over.

So, at least for now, the Clinton campaign strategy has achieved two key goals – to play the gender card in a positive way to unite white women behind Hillary and to play the race card in a negative way to “ghetto-ize” Obama as the “black candidate” who is somehow unsettling to whites.

By defining Obama more by his race, the Clinton campaign also gained an important wedge issue that helped drive Hispanic voters to Clinton’s side, a development that proved important in Texas. [See CNN’s Texas exit poll.]

In addition, the Clinton campaign’s sub-rosa attempts to dirty up Obama by planting negative stories about him in friendly media outlets – as well as “working the refs” by insisting that the press corps needed to be more critical of Obama – contributed to Clinton’s success by helping to generate more critical coverage of the Illinois senator.

While the Clinton strategy finally seems to be clicking, it has alarmed some Democratic leaders who now view this summer’s convention in Denver as likely to be a showdown between two bitterly divided camps.

Hillary Clinton has made clear she will insist on the nomination even if she trails in elected delegates, and Obama’s side is sure to be furious if the “establishment” rips the prize away from its candidate. Whoever emerges the bloodied victor will face a daunting task of reuniting the party and defeating Republican John McCain in November.

The Democrats’ descent into “identity politics” was always a danger for a party with two trailblazing candidates representing the first serious chance for a black or a woman to be elected president. But the slippery slope largely was avoided prior to the Iowa caucuses.

Obama shunned overt references to race, instead stressing his appeal as a candidate who could bring unity to the country. Clinton slid into gender appeal only on occasion, like when she was confronting criticism for a controversial vote on declaring Iran’s Revolutionary Guard a “global terrorist organization.”

On Nov. 1, 2007, after a bruising Democratic debate against male rivals, Clinton returned to her alma mater, Wellesley College, and declared that “in so many ways, this all women’s college prepared me to compete in the all boys’ club of presidential politics.”

But it was only after Obama stunned Clinton with a decisive victory in the Iowa caucuses that she laid down the gender card in spades.

In New Hampshire, Clinton presented herself as an embattled woman facing unfair treatment. On Jan. 7, a day before the primary, her voice cracked when responding to a question about how she managed to hold up.

“It’s not easy, it’s not easy,” Clinton responded slowly in a softer voice than she normally uses. “I couldn’t do it if I did not passionately believe it was the right thing to do. It’s very personal to me.”

As her eyes grew moist, she added, “It’s about our country, it’s about our kids’ future.” Her wet-eyed moment – a woman daring to show her vulnerable side – immediately became a campaign turning point.