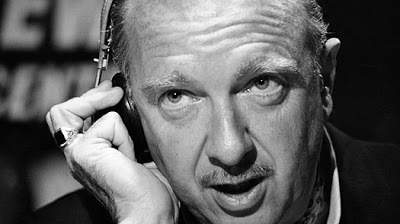 The Iraq war’s chief New York Times cheerleader has reversed field on Afghanistan. Does it mean there will be no escalation?

In early 1968, after the devastating Tet Offense, CBS News anchor Walter Cronkite pronounced the Vietnam War unwinnable. Lyndon Johnson knew he had “lost middle America” and soon declined to run for a second term. The war dragged on for seven more hellish years. But the hearts and minds of the American public had been lost.

Tom Friedman is no Walter Cronkite. His Times column is influential in certain circles, but has nowhere near the nationally unifying force as Cronkite’s evening broadcasts.

On the other hand, his admonition to “Don’t Build Up” in Afghanistan indicates that the Pentagon PR blitzkrieg demanding more troops has failed in key corporate circles.

Friedman’s arguments are both strategic and monetary. “We simply do not have the Afghan partners, the NATO allies, the domestic support, the financial resources or the national interest to justify an enlarged and prolonged nation-building effort in Afghanistan,” he warns.

Ceding (finally!) the inability of the United States to dictate to countries that don’t like us, Friedman manages to make the whole argument without mentioning Vietnam. He never even hints at the possibility that the US might not actually have the RIGHT to interfere in the politics of other nations.

But in this case he says the military’s plan to pour troops into “stabilizing” Afghanistan “is a 20-year project at best, and we can’t afford it.”

This stunning admission comes alongside Friedman’s signature assertion that “we are the world. A strong, healthy and self-confident America is what holds the world together and on a decent path.”

What he fears is that “a long slow bleed in Afghanistan” could doom the United States, and thus the planet. “Shrinking down in Afghanistan will create new threats,” he concedes. “But expanding there will too. I’d rather deal with the new threats with a stronger America.”

Above all, we “desperately need nation-building at home.”

Thomas Friedman is nothing if not a megaphone for the corporate elite. He supports atomic power and consistently pumps global trade agreements, U.S. military adventurism and top-down decision-making in ways that can draw howls of outrage with a single smarmy sentence.

His Times cohort Roger Cohen has been selling the war as hard as he can. Puff pieces on hawk General Stanley McChrystal’s global campaign to build military support for a massive escalation have been filling the Times’s pages for weeks now. It recently concocted a non-story about the “impatience” of the military brass awaiting tens of thousands of new troops. It gave front page billing to McChrystal’s completely inappropriate campaigning with NATO commanders who love McChrystal’s demand for more troops but likely won’t be sending more of their own any time soon.

It’s impossible to assign tangible value to Friedman’s loss of faith in escalation. But those of us hoping to avoid a catastrophic dive off the Afghani abyss have expected nothing but grief from this mainstay of the Iraqi catastrophe.

That a key cheerleader for that war is now waving his editorial pompoms for de-escalation can only be good. Let’s make sure the White House gets the message.