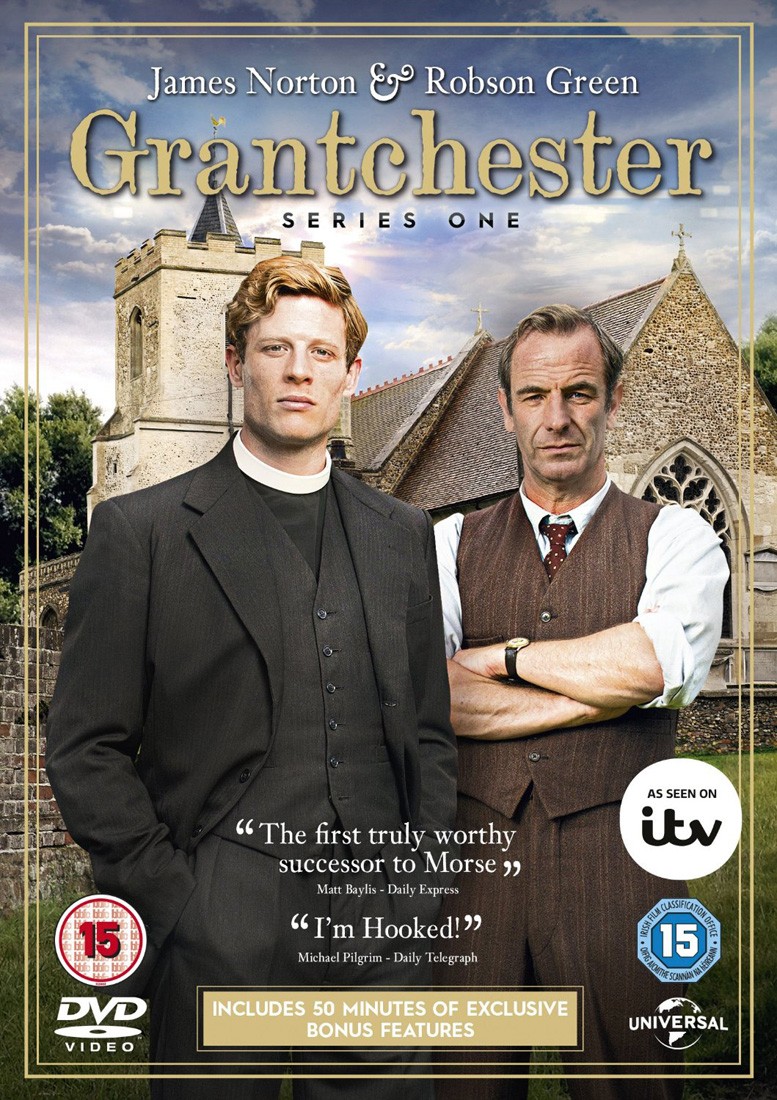 Grantchester is yet again one of those smart, well-made, excellently performed British procedural cop shows, this one set in the small Cambridgeshire village of the same name, back in 1953. James Norton stars as Anglican priest (and former Scots Guards officer) Sidney Chambers who develops a sideline in sleuthing, with the initially reluctant help of Detective Inspector Geordie Keating (the always wonderful Robson Green). The series is based on The Grantchester Mysteries collections of short stories, written by James Runcie. His father was a WWII tank commander and later the Archbishop of Canterbury.

Grantchester was created by Daisy Coulam who wrote all the episodes and has also penned 27 episodes of East Enders, 14 episodes of Casualty and episodes of Holby City and Death in Paradise.

The first episode was generally well-received by the critics. Michael Pilgrim of The Daily Telegraph wrote: “Delightfully neat and economical of plot, it’s Clue with cassocks and just enough noir for the modern palate: Victoria sponge with a tablespoon of battery acid.”

Robson Green is one of Britain’s finest TV actors. He has been nominated for 11 major awards, winning three as Best Actor in Touching Evil, Reckless, and Soldier, Soldier. He was great in one of my all-time favorite series Wire in the Blood.

Another of my favorite Brit performers, Kacey Ainsworth, plays Keating’s wife Cathy. (I recall vividly how she won five awards from 2002-2005 as Little Mo, the shy, horribly abused and raped wife of a vicious, drunken Scottish laborer on EastEnders. We folk of many nations stood and cheered when he died in a fire.)

The rest of the fine cast includes Moven Christie as an heiress who breaks Sidney’s heart, Pheline Roggan as a German widow who reassembles the pieces, Al Weaver as his naïve and unworldly curate, Tessa Peake-Jones as his religious and bossy housekeeper, and the always estimable Pip Torrens as the father of his unobtainable lady-love.

In addition to a cornucopia of killings, Grantchester deals with illegal homosexual activities, potentially fatal childhood illness, old murders covered up by police, Soviet spies, and the arrest of Sidney on charges of illegal sexual activity. And that doesn’t include the four episodes we don’t know about yet.

1 Response to Alan Waldman :
TELEVISION | In the Brit mystery series ‘Grantchester’ a vicar and a village cop solve numerous murders and other crimes