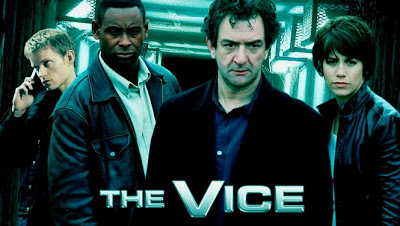 From 1999 to 2003, Ken Stott headed a strong cast as a police inspector battling prostitution, pornography, and other sex crimes.

Chappel and his team (David Harewood, Marc Warren, Rosie Marcel and Caroline Catz) often find themselves struggling to maintain normalcy in their personal lives as their work takes a toll on them.

Twenty-one gripping episodes aired between 1999 and 2003. Many are available on DVD and YouTube and three episodes are coming to Netflix. Here is an episode in which Chappel goes undercover in a prison to discover the ringleaders of a prostitution racket pimping young women to inmates and guards.

Stott was nominated for two major British awards and the show was up for “Best Drama Series.” The program frequently blurs the line of the team staying on the right side of the law, as almost every member of it at different points submits briefly or permanently to the temptations of either sex, drugs, money, or honey traps — sometimes with drastic consequences.

The fine guest cast included Tim McInnerny (all four Blackadder series), Eddie Marsan (now in Ray Donovan, won nine of his10 awards and six noms for Happy-Go-Lucky), Philip Jackson (Poirot) and Corin Redgrave (A Man for all Seasons and 41 other films and series).

The Vice is exceptionally well produced, directed, and acted. I enjoyed it immensely.