The racist and sexist roots of the Electoral College. 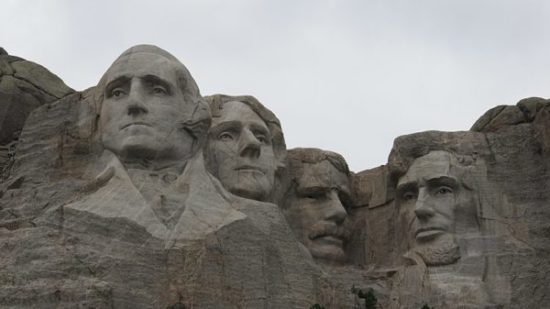 AUSTIN — Perhaps it is obvious, but it bears repeating. The Founding Fathers were men. They envisioned a democracy run by “free, white men.” The first U.S. Census in 1790 spells it out by revealing how the categories were delineated and not delineated:

The original blueprint was this: 21% of the 3.9 million inhabitants could participate in democracy by voting. As we head for the polls, we must remember that democracy in the U.S. has always been defined by the struggle to expand (or suppress) participation in that democracy.

In U.S. presidential elections, we have always lived with an aberration. The Electoral College was there from the beginning. It prohibited direct democracy and based outcomes on the number of Congressional representatives each state is allocated by population as shown in the Census. With its early design, the Electoral College was a handmaiden to slavery because it favored slaveholders, particularly those in Virginia.

In 1790, Virginia had the largest population by far.

A Virginian, James Madison proposed a compromise, that slaves would count as 3/5 of a person for the purpose of allocating Electoral votes. It was enshrined in the Constitution, with a careful wording that did not mention slavery, just “other Persons:”

Representatives and direct Taxes shall be apportioned among the several States which may be included within this Union, according to their respective Numbers, which shall be determined by adding to the whole Number of free Persons, including those bound to Service for a Term of Years, and excluding Indians not taxed, three fifths of all other Persons.

As a result of this compromise with slavery, Virginia made off like a bandit. Slave-holding Virginians were presidents for 32 of the first 36 years. John Adams was the exception.

The Electoral College grabs our attention every four years and then fades from view. Recent articles and opinion pieces have decried the institution this election cycle. The Electoral College and its practice of winner-take-all is the reason we have “swing states.” In the calculus of pollsters and campaign staff, six states matter and 44 do not.

Each presidential cycle people tune in to the impact of this bizarre, but resilient relic.

Each presidential cycle, people tune in to the impact of this bizarre, but resilient relic. Then, people forget. Changing the system is deemed impossible.

The Electoral College means only a few states are “in play.” For those living in 44 states, presumably “not in play,” we are told to focus on “swing states.” People I know, who claim that they are small “d” democrats, frequently say, “My vote doesn’t matter because I live in ______.” Whether they live in Texas or California, they use the same refrain. The blind acceptance of this situation as normal is appalling to me. I want to recite names of people for whom the vote mattered so much they died for it.

A surprising number of people don’t know much at all about the Electoral College, how the numbers are allocated, and why we ended up this way. Those that know a little say it would be impossible to change because it would require a Constitutional Amendment, although other solutions are available. Those that live in rural areas say that it bolsters their representation, although the states with small, largely rural populations each have two Senators that serve that purpose.

People are alarmed by one thing. The Electoral College allows a candidate to win the presidency who did not prevail in the popular vote. For most people, that seems undemocratic. In five elections — 1825, 1876, 1888, 2000 and 2016, the popular vote winner did not become president.

In 2000, the decision of a Supreme Court came in to play.

In 2000, the decision of a Supreme Court came in to play. Gore conceded. Bush prevailed. In 2016, we know what happened. But, we don’t know much at all about a pivotal election in 1876. The Civil War had ended. The North prevailed. Lincoln, a Republican, had been assassinated. Reconstruction had re-arranged power in the South.

In my segregated elementary school in Texas, I was taught this narrative: Reconstruction was corrupt and full of carpetbaggers. I never heard that during Reconstruction there were 22 Black members of the House of Representatives and two Black senators. It was in recent years that I learned of another narrative by reading Ta-Nehisi Coates’ We Were Eight Years in Power.

Reconstruction was a successful exercise of democracy, enfranchising Black men, and resulting in policies that benefited many working class Southerners. Coates argues that it was the success that ran counter to the white supremacist ideology. Coates also argues that it was, in fact, Obama’s success as president that rattled the white supremacist ideologues. We can see this in Trump’s attack on everything Obama. Perhaps most poignant during a pandemic is Trump’s unrelenting attack on the Affordable Care Act.

In 1876, the most contentious Electoral College showdown in U.S. history took place.

In 1876, during Reconstruction, the most contentious Electoral College showdown in U.S. history took place. Interestingly, we must go through the looking glass of history to understand the labels. Democrats prevailed with Samuel J. Tilden of New York winning the popular vote against Republican candidate, Rutherford B. Hayes, a compromise candidate from Ohio. The election had the largest turnout among eligible voters (all men) ever recorded, 81.8%. That is almost unimaginable.

Tilden won 184 electoral votes to Hayes’ 165. Twenty votes were in dispute from four states, Florida, Louisiana, South Carolina, and Oregon. How was it resolved?
It was resolved through a compromise that disenfranchised Black voters for generations.

The Compromise of 1877 awarded all 20 electoral votes to Hayes. In return, the Democrats in the South got to put an end to Reconstruction. The Republicans agreed to withdraw federal troops from the South, ceding power to Democratic “Redeemers” who represented the Southern oligarchy. They went to work immediately to disenfranchise Black voters using all the legal apparatus of Jim Crow and the paramilitary violence of the White League, virtually putting an end to Black participation in democracy in Southern states.

It may be tempting to examine the more familiar historical record of the contested 2000 election when 537 votes in Florida, replete with hanging ballot chads and a controversial Supreme Court opinion, delivered George W. Bush the presidency.

We must grapple with the legacy of slavery and the lasting damage of Jim Crow.

But, we are grappling with more than what it means to have a democratic election in 2020. We must grapple with the legacy of slavery and the lasting damage of Jim Crow. We need to understand that democracy matters and Black Lives Matter.

Our national history with slavery was never taught to us as history, especially in Southern states. These days, I find myself unlearning what I was taught. It seems appropriate to examine the 1876 Electoral College dispute. The eventual outcome hinged on a compromise that changed the trajectory of democracy in Southern states.

Women’s suffrage matters as well. It took more than a century before we were allowed to participate. There, too, I’ve had to relearn history. As the 19th amendment became a hard -fought ratification battle in the South, votes for women were championed by some as the antidote to votes by Blacks and uneducated immigrants.

Our history in this country is rarely taught with an eye to true reconciliation. If we make it through November, maybe we can all unlearn some lessons and then learn how to make this a “more perfect union.”