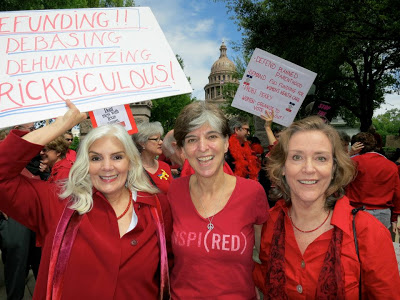 “Reproductive health care for well over a hundred thousand women in Texas has just been revoked by the state legislature. They were egged on by the hapless Rick Perry in a move so dunderheaded and thick with ignorance that his performance in the presidential primaries looks studious and reasoned by comparison.” — Actress Beth Broderick, a participant in the ‘Seeing Red’ demonstrations at the Texas State Capitol, writing at The Huffington Post.

“What the heck’s happening with our poor country?!” she asked. “Who knew that in 2012 in the USA we would be fighting about contraception and basic women’s health?”

Marcia Ball said she would be in front of the Texas State Capitol on consecutive Tuesdays, March 6, 13, and 20, to protest the “Texas Taliban’s war on women.” Marcia Ball also wanted to honor Marie Colvin, the reporter who recently died in Syria, and Molly Ivins, the Texas writer who mastered the art of lampooning “Governor Goodhair” Rick Perry before the nation was treated to Perry’s self-lampooning performance in primary debates.

“Spread the word,” Marcia Ball said. And indeed the word spread. A couple hundred people showed up in red shirts on March 6, and footage of the event aired on Rachel Maddow’s MSNBC show. On March 13, a group showed up at the noon hour and then swelled the ranks of a “Don’t Mess With Texas Women” rally later in the day. About 800 were present at the rally that featured Cecile Richards of Planned Parenthood and singers Ball, Carolyn Wonderland, Jimmy Dale Gilmore, and Colin Gilmore. 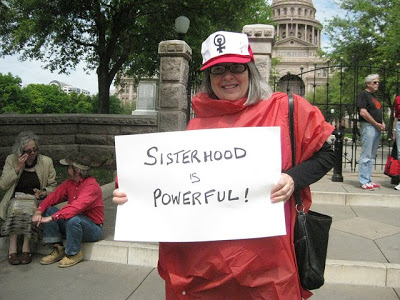 The all-out conservative assault on Planned Parenthood and its many health services seems to be the “straw that broke the camel’s back” for women. We’ve become sadly accustomed to the mounting restrictions on abortions. The Republican-controlled Texas Legislature approved an abortion bill in its last session similar to the one now in effect in Virginia, requiring physicians to provide a sonogram before performing an abortion.

But the war on access — particularly low-income access — to contraception, pap smears, and mammograms is new conservative ground. Add to this mix the inflammatory statements of certain radio blowhards equating the use of contraception to prima facie evidence of sluthood, and we’re “seeing red.”

Although Marcia Ball will be touring and can’t be present next Tuesday, March 27, the sea of red shirts that she provoked doesn’t seem inclined to stay home.

[Alice Embree is a long-time Austin activist, organizer, and member of the Texas State Employees Union. A former staff member of underground papers, The Rag in Austin and RAT in New York, and a veteran of SDS and the women’s liberation movement, she is now active with CodePink Austin and Under the Hood Café. Embree is a contributing editor to The Rag Blog and is treasurer of the New Journalism Project. Read more articles by Alice Embree on The Rag Blog.]

Sign the “Seeing Red” petition to “Save Women’s Health Care in Texas,” at change.org. 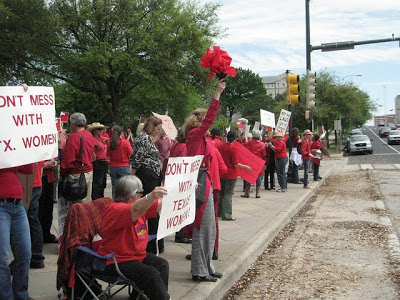 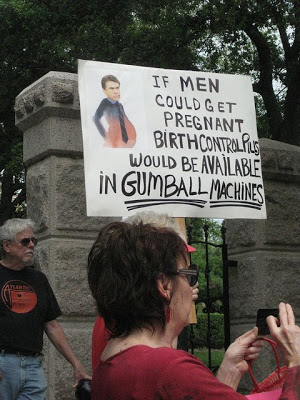 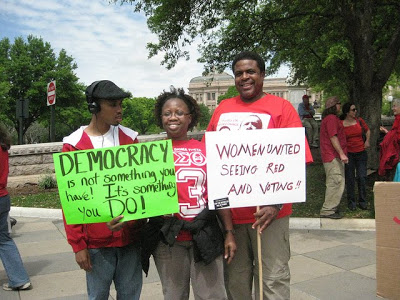 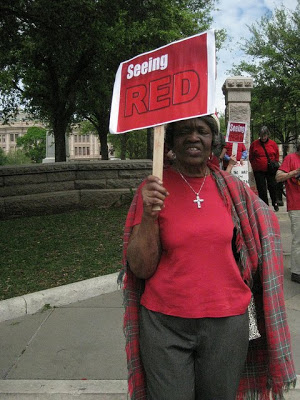 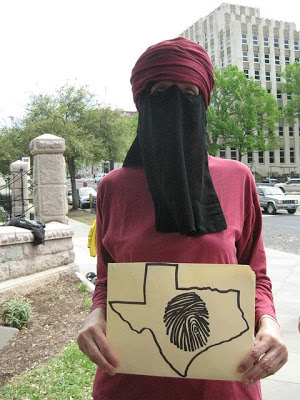 3 Responses to Alice Embree : Women are ‘Seeing Red’ in Texas