This impressive new volume is the work of Carla Barringer Rabinowitz. 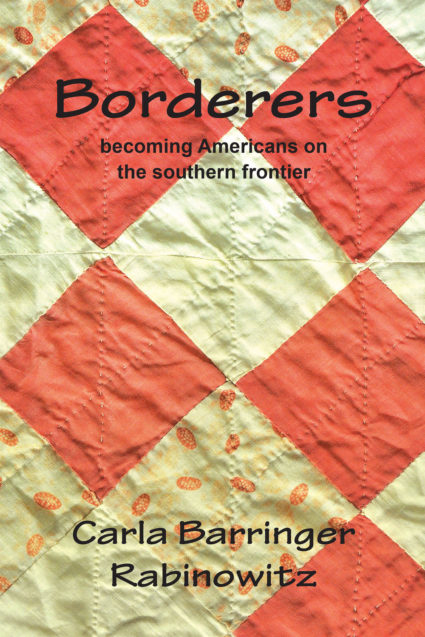 ROYALSTON, Mass. — Borderers: Becoming Americans on the Southern Frontier is the title and subtitle of an impressive new book written by Carla Barringer Rabinowitz, a friend and neighbor here in rural Massachusetts.

When I first saw this 493-page tome, I wondered if borderers is a real word, or a word she invented. Of course, I looked it up, and here’s what the dictionary says: “a person who lives in a border area, especially the border between England and Scotland.”

Fair enough; it’s a real word. For now, however, forget about England and Scotland. Carla defines borderers as the “the first permanent settlers in an area newly opened to Europeans,” and she goes on to muse about the variety of social and cultural borders that they also occupied between the north and south of the United States.

We read in this book about people and events in parts of Virginia, North Carolina, Tennessee, Missouri, and Arkansas. These are the places where Carla dug up facts about some of her ancestors, including her great-great-grandfather, Thomas Drew, who became governor of Arkansas and later served as a regional Superintendent of Indian Affairs.

If your family name is Drew or Bettis, you could be related to Carla.

If your family name is Drew or Bettis, you could be related to Carla. These family names go back to the Colonial era. Among the intriguing aspects of this book is the way that race (or ethnicity) as well as religion play a role in the evolution of these Americans, who are, in the big picture, like so many other Americans.

Also playing a role is the land itself — sometimes beautiful fields and mountains, sometimes threatening terrain and mysterious swamps. These borderers were people often on the move. 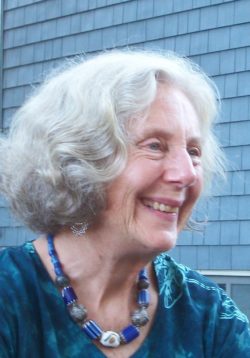 Members of any Lodge of Freemasons will find it fascinating the way Masonic brotherhood played a role in the economics and politics of early American life. Members of any Baptist church, who may or may not know the history of their denomination, can read about the impact of Baptists on the freedom of religion clause in our Bill of Rights. For example, long before the Baptists based in the U.S. southern and border states became committed to racial segregation, there was a time when Blacks and whites worshipped together. Quakers were another important religious group, advocating against slavery early on.

Interracial romance, sex, and marriage happened a lot in those barely-settled communities.

Interracial romance, sex, and marriage all happened a lot in those barely-settled communities that started with nothing but wilderness and nerve. Mixed-race relationships are increasingly more common in the United States, but they are nothing new. Much of the narrative in this book explores this topic and how people got along in some instances, but not always. Historical documents quoted in the book note the category of “free people of color.” People went from slave to free and sometimes back again — and some people of color even owned slaves. Both wives and mistresses are included in the narrative. Native Americans were a constant presence, sometimes with collaboration and intimacy, sometimes hatred and violence.

Political conflict affected Carla’s ancestors. During and after the Revolutionary War, there was animosity between patriots and those loyal to the British crown, even outright war in North Carolina. This made me think about how far away these people were from the battles of Lexington and Concord when news traveled at a snail’s pace. An elite emerged, along with an oppressed underclass — and always hard work by both men and women, except for the very wealthy few.

Because of my longstanding personal relationship with the author, I spent time not just reading the text but envisioning Carla doing the work that enabled her to write this book. She traveled to the region of the borderers several times. On one occasion, people in Pocahontas, Arkansas, aware of her research, invited her to be a guest speaker for the 150th anniversary of the town’s founding by her ancestors. In July 2018, with the book mostly completed, Carla and her husband Phil went to Kansas City, Missouri, to attend a family reunion with about a hundred of the African-American descendants of Carla’s great-grandfather and his enslaved mistress. Reunion organizers had been following Carla’s book creation and invited her to give a talk.

Carla’s intellectual fortitude is impressive, and it’s reflected in pages of footnotes and a bibliography of nearly a hundred books. Her acknowledgements included librarians, clerks and judges in various states, reflecting her travels to seek help from local people who had personal insights as well as significant documents to share. I like picturing my friend in a place far away from our town, perusing deeds, wills, financial documents and more to obtain not only facts but the emotions associated with jealousy, greed, racism, hunger, danger, sickness and violence.

Her adventure reminded me that genealogy enthusiasts from near and far have come to our region looking for facts about their ancestors. Town clerks and librarians in all of our area towns, as well as local historians like Dick Chaisson and J.R. Greene, have experienced people with the same enthusiasm and curiosity that took over much of Carla’s life as she did her research over 17 years. This sort of thing is happening nationwide, even around the globe.

There is something very moving, like a clarion call, about the way that Carla ends her book, focusing on the issue of immigration and stating “The process of becoming Americans is an ongoing one, and it is not finished yet… At times — perhaps even today — the communities and institutions that bind us together have appeared to be crumbling under the pressure of our rampant individualism. But up till now, the long-term movement has always been forward, in the direction of a more just society and a more inclusive nation. That this progress will continue is the American hope.”

Borderers, published by Haley’s of Athol, Mass., is available at amazon.com and from local booksellers.