Amy Goodman : Take Me to Your Climate Leader 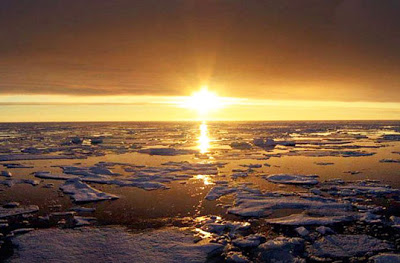 In a freshly released report on Tuesday, the World Meteorological Organization (WMO) stated that 2000-2009 was the warmest decade ever on record. While the WMO has warned the world about this dire situation before, this new analysis further confirms the urgency and need for us to take action. The agency’s findings arrived in time to counteract the scrutiny of global warming deniers who have been increasingly more vocal as the COP15 conference to fight the effects of climate change commenced in Copenhagen. — inhabitat

Take me to your climate leader:
Activism in Copenhagen

COPENHAGEN — “Politicians talk, leaders act” read the sign outside the Bella Center in Copenhagen on the opening day of the United Nations climate summit. Inside the convention center, the official delegations from 192 countries, hundreds of NGOs (nongovernmental organizations)—an estimated 15,000 people in all — are engaging in two weeks of meetings aiming for a global agreement to stave off catastrophic global climate change. Five thousand journalists are covering the event.

Outside, Copenhagen has been transformed into a vibrant, global hub of climate-change activism, forums and protest planning. In one square, an ice sculpture of a polar bear melts day by day, and an open-air exhibit of towering photos displays “100 places to remember that will disappear.”

While the U.S. Environmental Protection Agency this week designated carbon dioxide as a threat to health, President Barack Obama has said that there will not be a binding agreement from this summit. Many see the U.S. as a key obstacle to it and are seizing the opportunity to assert a leadership role in what environmental writer and activist Bill McKibben has described as “the most important diplomatic gathering in the world’s history.” At stake are not only the rules that will govern entire economies, driven for well more than a century by fossil fuels, but the very existence of some nations and cultures, from the tropics to the arctic.

The Republic of Maldives, an island nation in the Indian Ocean, sent 15-year-old Mohamed Axam Maumoon as a climate ambassador. After attending the Children’s Climate Forum, he told me, “We are living at the very edge… because our country is so fragile, only protected by the natural barriers, such as the coral reefs and the white sandy beaches.”

Most of the 200 inhabited islands of the Maldives are at most 3 feet above sea level, and projected sea-level rises would inundate his country. Even at his age, Axam comprehends the enormousness of the threat he and his country face, and starkly frames the question he poses to people in the industrialized world: “Would you commit murder, even while we are begging for mercy and begging for you to stop what you’re doing, change your ways and let our children see the future that we want to build for them?”

Farther north, in Arctic Village, Alaska, indigenous people are fighting to survive. Sarah James is an elder and a chair member of the Gwich’in Steering Committee. I met her this week at Copenhagen’s Klimaforum09, dubbed “The People’s Summit,” where she told me: “Climate change, global warming is real in the Arctic. There’s a lot of erosion, because permafrost is melting… And last summer, there was a fire all summer long, no visibility. Last spring, 20 villages got flooded along the Yukon. Sixty villages within the Yukon area never got their fish.”

Emerging economies like China and India are growing rapidly and are becoming top-tier carbon emitters, yet none approaches the per capita emission levels of the United States. With just 4 percent of the world’s population, the U.S. produces about a quarter of the world’s greenhouse gases. The model for the past century has been clear: If you want to escape poverty, grow your economy by industrializing with fossil fuels as your main source of energy. Yet the wealthy nations have not been willing to pay for the environmental damage they have caused, or significantly change the way they operate.

Author Ross Gelbspan says poverty is at the root of the problem: Take care of poverty, and humanity can solve the climate crisis. He says retooling the planet for a green economy can be the largest jobs program in history, can create more equality among nations, and is necessary, immediately, to avoid catastrophe.

Tuesday, between sessions at the Bella Center, in the cafe area packed with thousands, a group of activists dressed as space aliens, in white spacesuits and with green skin and goggles, walked in. “Take us to your climate leaders!” they demanded. “Show us your binding treaty!” In the rarified diplomatic atmosphere of the summit, such antics stand out. But the calls from the developing world, both inside and outside the summit, to cut emissions and to compensate countries, from Africa to Asia and Latin America, for the devastating effects of global warming they did not cause are no laughing matter.

Protesters are planning confrontations as more than 100 world leaders descend on Copenhagen next week. The battle cry at the Klimaforum09 is “Mobilize, Resist, Transform.” The people are leading, while the politicians talk.

[Amy Goodman is the host of Democracy Now!, a daily international TV/radio news hour airing on more than 800 stations in North America. She is the author of Breaking the Sound Barrier, recently released in paperback and now a New York Times best-seller. Denis Moynihan contributed research to this column.]

6 Responses to Amy Goodman : Take Me to Your Climate Leader