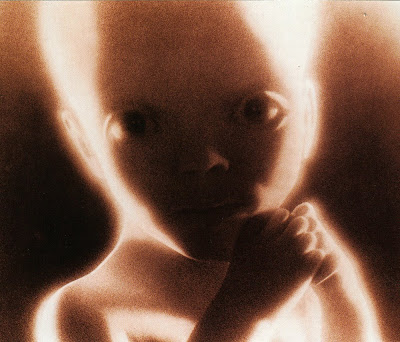 Arthur C. Clarke, a writer whose seamless blend of scientific expertise and poetic imagination helped usher in the space age, died early Wednesday in Colombo, Sri Lanka, where he had lived since 1956. He was 90.

From his detailed forecast of telecommunications satellites in 1945, more than a decade before the first orbital rocket flight, to his co-creation, with the director Stanley Kubrick, of the classic science fiction film “2001: A Space Odyssey,” Mr. Clarke was both prophet and promoter of the idea that humanity’s destiny lay beyond the confines of Earth.

Other early advocates of a space program argued that it would pay for itself by jump-starting new technology. Mr. Clarke set his sights higher. Paraphrasing William James, he suggested that exploring the solar system could serve as the “moral equivalent” of war, giving an outlet to energies that might otherwise lead to nuclear holocaust.

Mr. Clarke’s influence on public attitudes toward space was acknowledged by American astronauts and Russian cosmonauts, by scientists like the astronomer Carl Sagan and by movie and television producers. Gene Roddenberry credited Mr. Clarke’s writings with giving him courage to pursue his “Star Trek” project in the face of indifference, even ridicule, from television executives.

In his later years, after settling in Ceylon (now Sri Lanka), Mr. Clarke continued to bask in worldwide acclaim as both a scientific sage and the pre-eminent science fiction writer of the 20th century. In 1998, he was knighted by Queen Elizabeth II.

He played down his success in foretelling a globe-spanning network of communication satellites. “No one can predict the future,” he always maintained.

But as a science fiction writer, he couldn’t resist drawing up timelines for what he called “possible futures.” Far from displaying uncanny prescience, these conjectures mainly demonstrated his lifelong, and often disappointed, optimism about the peaceful uses of technology — from his calculation in 1945 that atomic-fueled rockets could be no more than 20 years away to his conviction in 1999 that “clean, safe power” from “cold fusion” would be commercially available in the first years of the new millennium.

Mr. Clarke was well aware of the importance of his role as science spokesman to the general population: “Most technological achievements were preceded by people writing and imagining them,” he noted. “I’m sure we would not have had men on the Moon,” he added, if it had not been for H.G. Wells and Jules Verne. “I’m rather proud of the fact that I know several astronauts who became astronauts through reading my books.”

Arthur Charles Clarke was born on Dec. 16, 1917, in the seaside town of Minehead, Somerset, England. His father was a farmer; his mother a post office telegrapher. The eldest of four children, he was educated as a scholarship student at a secondary school in the nearby town of Taunton. He remembered a number of incidents in early childhood that awakened his scientific imagination: exploratory rambles along the Somerset shoreline, with its “wonderland of rock pools;” a card from a pack of cigarettes that his father showed him, with a picture of a dinosaur; the gift of a Meccano set, a British construction toy similar to the Erector sets sold in the United States.

He also spent time “mapping the Moon” through a telescope he constructed himself out of “a cardboard tube and a couple of lenses.” But the formative event of his childhood was his discovery, at age 13 — the year his father died — of a copy of “Astounding Stories of Super-Science,” then the leading American science fiction magazine. He found its mix of boyish adventure and far-out (sometimes bogus) science intoxicating.

While still in school, Mr. Clarke joined the newly formed British Interplanetary Society, a small band of sci-fi enthusiasts who held the controversial view that space travel was not only possible but could be achieved in the not-so-distant future. In 1937, a year after he moved to London to take a civil service job, he began writing his first science fiction novel, a story of the far, far future that was later published as “Against the Fall of Night” (1953). 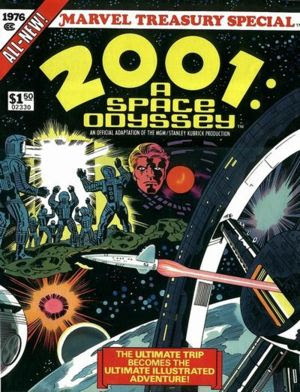 Mr. Clarke spent World War II as an officer in the Royal Air Force. In 1943 he was assigned to work with a team of American scientist-engineers who had developed the first radar-controlled system for landing airplanes in bad weather. That experience led to Mr. Clarke’s only non-science fiction novel, “Glide Path” (1963). More important, it led in 1945 to a technical paper, published in the British journal “Wireless World,” establishing the feasibility of artificial satellites as relay stations for Earth-based communications.

The meat of the paper was a series of diagrams and equations showing that “space stations” parked in a circular orbit roughly 22,240 miles above the equator would exactly match the Earth’s rotation period of 24 hours. In such an orbit, a satellite would remain above the same spot on the ground, providing a “stationary” target for transmitted signals, which could then be retransmitted to wide swaths of territory below. This so-called geostationary orbit has been officially designated the Clarke Orbit by the International Astronomical Union.

Decades later, Mr. Clarke called his “Wireless World” paper “the most important thing I ever wrote.” In a wry piece entitled, “A Short Pre-History of Comsats, Or: How I Lost a Billion Dollars in My Spare Time,” he claimed that a lawyer had dissuaded him from applying for a patent. The lawyer, he said, thought the notion of relaying signals from space was too far-fetched to be taken seriously.

But Mr. Clarke also acknowledged that nothing in his paper — from the notion of artificial satellites to the mathematics of the geostationary orbit — was new. His chief contribution was to clarify and publicize an idea whose time had almost come — a feat of consciousness-raising that he would continue to excel at throughout his career.

The year 1945 also saw the launch of Mr. Clarke’s career as a fiction writer. He sold a short story called “Rescue Party” to the same magazine — now re-titled Astounding Science Fiction — that had captured his imagination 15 years earlier.

For the next two years, Mr. Clarke attended Kings College, London, on the British equivalent of a G.I. Bill scholarship, graduating in 1948 with first-class honors in physics and mathematics. But he continued to write and sell stories, and after a stint as assistant editor at the scientific journal Physics Abstracts, he decided he could support himself as a freelance writer. Success came quickly. His primer on space flight, “The Exploration of Space,” was a Book-of-the-Month Club selection in 1951

Over the next two decades, he wrote a series of nonfiction bestsellers as well as his best-known novels, including “Childhood’s End” (1953) and “2001: A Space Odyssey” (1968). For a scientifically trained writer whose optimism about technology seemed boundless, Mr. Clarke delighted in confronting his characters with obstacles they could not overcome without help from forces beyond their comprehension.

In “Childhood’s End,” a race of aliens who happen to look like devils imposes peace on an Earth torn by cold war tensions. But the aliens’ real mission is to prepare humanity for the next stage of evolution. In an ending that is both heartbreakingly poignant and literally earth-shattering, Mr. Clarke suggests that mankind can escape its suicidal tendencies only by ceasing to be human.

“There was nothing left of Earth,” he wrote. “It had nourished them, through the fierce moments of their inconceivable metamorphosis, as the food stored in a grain of wheat feeds the infant plant while it climbs toward the Sun.”

The cold war also forms the backdrop for “2001.” Its genesis was a short story called “The Sentinel,” first published in a science fiction magazine in 1951. It tells of an alien artifact found on the Moon, a little crystalline pyramid that explorers from Earth destroy while trying to open. One explorer realizes that the artifact was a kind of fail-safe beacon; in silencing it, human beings have signaled their existence to its far-off creators.

This entry was posted in RagBlog and tagged Books, Philosophy, Science. Bookmark the permalink.