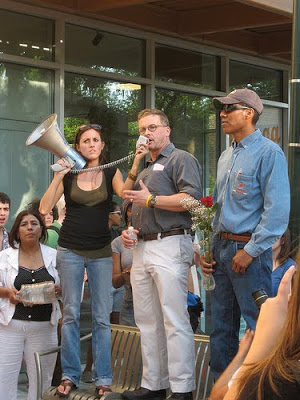 “Three of my co-workers were killed, and the rest of us are still owed our money. When is it enough?” said Gumercindo Rodriquez, who performed plaster work at 21 Rio and Gables Park Plaza. Gumercindo, along with two dozen other workers are owed over $120,000 in wages by a Dallas-based contractor, GMI (Greater Metroplex Interiors).

Protesters focused attention on Gables Park Plaza, a high-end condo on the north side of Town Lake in Austin. At that site, wages have gone unpaid. Later, demonstrators moved into the West Campus where 21 Rio has also refused to pay final wages. It was at this luxury high rise that three workers died last summer when faulty scaffolding collapsed.

A recent study by the Workers Defense Project and the University of Texas found that workers who are denied payment are most likely not to receive appropriate safety training or equipment. The report also found that Texas leads the nation in construction deaths, with a worker dying every 2.5 days in the state and that Austin construction workers have a one in five chance of not being paid their wages.

The issue of immigrant rights has once again captured media attention as debate heats up over Arizona’s recent draconian legislation. “Show me your papers or go to jail” is an approach that collapses civil liberties.

In this atmosphere, the organizing work of the Workers Defense Project brings humanity back into the discourse. The plaster and stucco of luxury condos depended on immigrant labor. For the workers who toiled 70-hour work weeks, six days a week, without rest breaks or overtime pay, the human issue is simply to be paid for their work. For the three men who lost their lives at 21 Rio, the human issue is a safe working environment.

The protestors remembered those who died at 21 Rio by calling out their names.

Want an antidote to the Arizona law? Here are three things you can do: 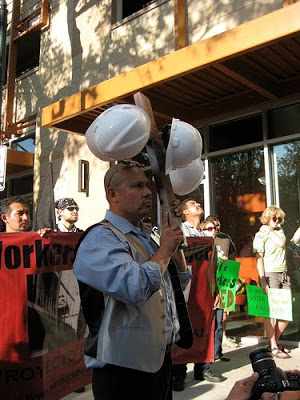 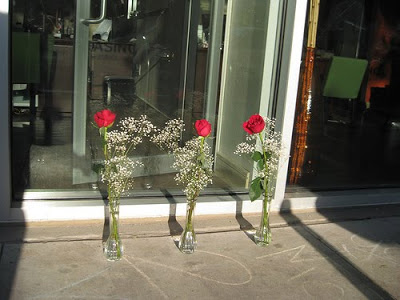 1 Response to Austin Construction Workers : ‘No los Vamos a Olvidar’