Before it’s Too Late : Save the World’s Fish 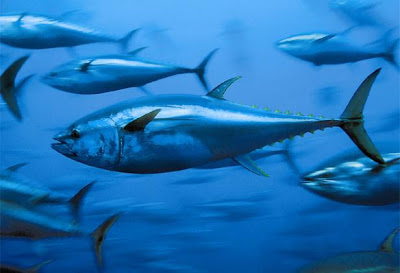 More than four fifths of people support the introduction of a nature reserve in our seas to protect stocks of fish, according to a survey published today on World Oceans Day.

The documentary, by journalist Charles Clover, claims that industrial fishing is emptying the seas of fish, destroying the livelihoods of poor fishermen in places such as Africa and killing wildlife accidentally caught in the process.

And as fisheries ministers are accused of failing to tackle the problems, demand for species such as blue fin tuna, including from top restaurant Nobu, is driving the species closer to the brink of extinction than the white rhino, say campaigners.

The film has been described as the equivalent of Al Gore’s An Inconvenient Truth for fishing, and is being backed by a wide range of green groups including Greenpeace, WWF and the Wildlife Trusts, and retailers such as Waitrose.

Meanwhile, actress Greta Scacchi is launching her own initiative to help save the world’s fish stocks.

She is working with London-based Japanese restaurant Soseki and photographer Rankin to take images of celebrities holding fish for a poster campaign.

Scacchi, who starred in White Mischief in 1988, said: “The first round of images are very striking – weird, witty, very saucy and some sensual.

“I have always made environmental issues a priority but recently I have been alerted to the urgency and importance of the effect of over-fishing.

“Nothing prepared me for the impact of Charles Clover’s documentary. I came out of the screening shaken by the gravity of the situation.”

The campaign will be launched at a celebrity party tonight at Soseki, opposite the Gherkin in the City of London.

A survey by the Co-operative, asking customers to vote at the tills on the chip and pin consuls, found that 83 per cent of the 360,000 people polled were in favour of highly protected marine reserves.

According to the retailer, evidence shows an increase of some 446 per cent in the amount of sealife found in reserves where fishing is banned compared to unprotected areas, while the benefits spill over into nearby waters – boosting productivity for fishermen.

Some scientists have warned that globally, without action to bring in marine reserves and stop the most destructive forms of fishing, the world’s fisheries could all collapse by 2048.

As The End Of The Line was released, Mr Clover warned overfishing of the world’s oceans ranked beside climate change as one of the biggest problems facing humans this century.

Mr Clover said: “The issue of overfishing isn’t just something for the most junior minister in the cabinet and EU – it’s one of the world’s most important problems and it’s the big problem on 70% of the Earth’s surface.”

“The world needs to understand over-fishing ranks up there beside climate change, human overpopulation and food security as one of the four big problems facing the present century.

“We’re going to have to start managing large abundant fish populations for healthy oceans, rather than hunting down the last fish and then moving onto the next species.”

The RSPB said that in addition to damaging fish stocks, industrial fishing was killing at least 300,000 birds a year, and threatening 18 out of 22 species of albatross with extinction.

The Co-op and Marine Conservation Society are backing calls for some 30% of the UK’s seas to be included in a network of highly protected marine reserves under the Marine Bill which comes before the Commons this week.

MCS director Dr Simon Brockington said: “Our seas have taken a battering over the last century, but they may be amazingly forgiving.

“By offering much needed protection to important areas of our seas now, we could still ensure a diverse and productive future”.

Dr Helen Phillips, chief executive of the Government’s conservation agency Natural England, said the Marine Bill would “provide a once in a lifetime opportunity to rescue this incredibly precious resource from additional harm, to recover its fish stocks and to help the fishing industry move towards a more sustainable footing for the future”.

She added: “As the End of the Line shows, this level of protection cannot come quickly enough if we are to avert an environmental disaster on an unprecedented scale.”

But industry body Seafish urged the Government to acknowledge the role of British fishermen in the Marine Bill for their contribution to the economy, leading the way globally on sustainability and ensuring food supplies in a world of growing food insecurity.

This entry was posted in RagBlog and tagged Environment, Fishing, Marine Life, Oceans. Bookmark the permalink.