Beverly Baker Moore :
Finding some happiness nearby South By

There may have been insanity downtown but my friendly neighborhood venues were rife with talent all day and all evening all week. 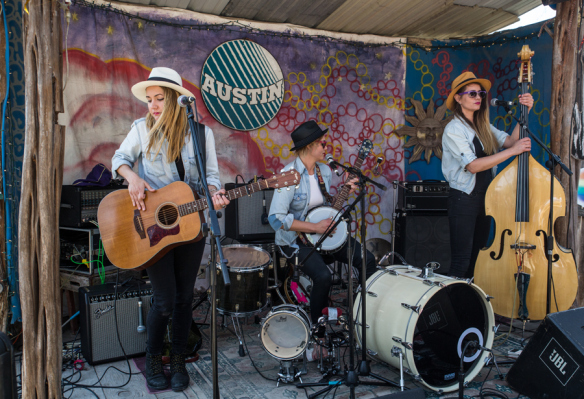 AUSTIN, Texas — South By Southwest (or South By, as we’re supposed to be affectionately calling it now), has come and gone again. It’s one of the noisier demonstrations of the over-the-top success of the Austin growth machine.

During the festival itself the hype would have one believe it’s everywhere, but it’s not. A friend called to check on us the day after the car careened through the crowd downtown to make sure we hadn’t been run over. We appreciated the concern but of course we didn’t get run over… we know better than to go anywhere near downtown during a hipster invasion.

A lot of people cope with the South By onslaught by laying in supplies and hiding out. But after too much time spent in stress and worry over the other Austin problems brought on by the backroom machinations of those who line their pockets with sprawl, I think I deserve a little fun. The trick is playing with the carnival without stepping in it too deep. After all, there is madness in the middle, but there are friends on the fringe… and music everywhere. 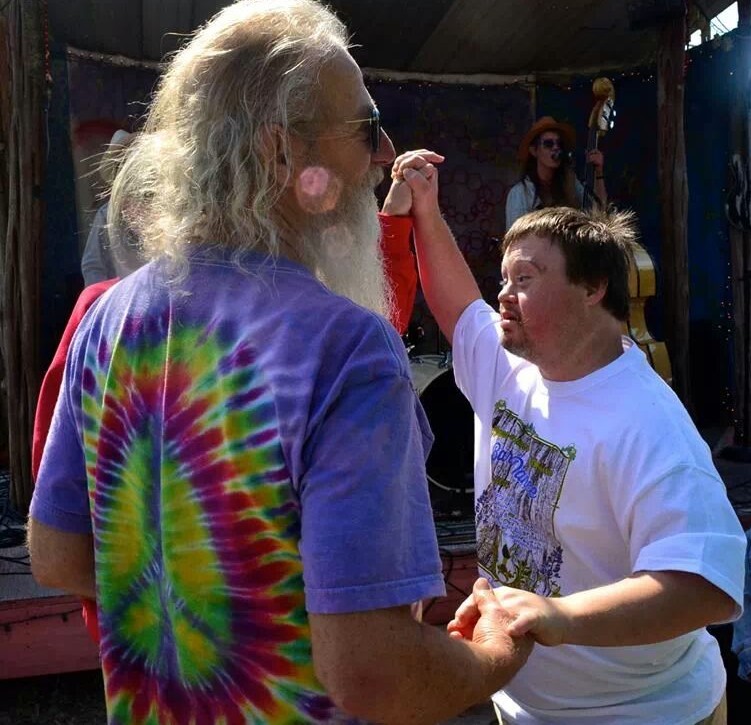 Maybe in the beginning South By was a gathering of industry insiders who came to experience the Austin scene, connect with the musicians, and perchance help some of those musicians, and later filmmakers, launch their careers.

These days it mostly looks like a logo-infested mishmash of Who’s Who and Who’s Who wannabes.

If that is still true of this event, it’s only true for a few. These days it mostly looks like a logo-infested mishmash of Who’s Who and Who’s Who wannabes crowding into event centers, clogging venues, and wandering crowded downtown streets in a seeming attempt to see if they can be commercialized to death.

There may have been insanity downtown but my friendly neighborhood venues were rife with talent all day and all evening all week. South Austin haunts like El Mercado, Maria’s Taco Xpress, and Leeann Atherton’s Full Moon Barn Dance.

[Beverly Baker Moore, an Austin-based writer, teacher, and activist, is a contributing editor to The Rag Blog.]