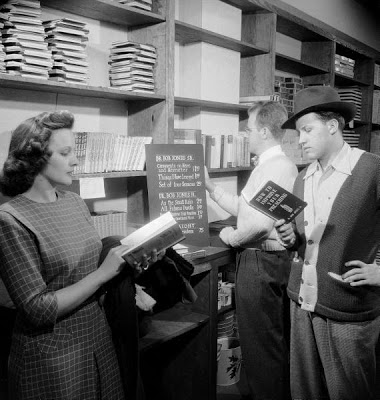 ‘Finally, BJ University has issued a half-hearted apology for their racist past. They blame their own disgustingly well documented racism on a social “ethos”…’

World religions, right down to localized fundamental religious schools like Bob Jones University in South Carolina, follow what they call the “local ethos” to justify dogmatic religious statements and teachings. Damning faith-based broadsides like the ones from BJ University are always also attributed to some biblical scriptural quote.

But now, finally, BJ University has issued a half-hearted apology for their racist past. They blame their own disgustingly well documented racism on a social “ethos” rather than simply having done the right thing from the beginning. At least it is an admission that what liberals of the day were telling them 30 years ago was, and still is, correct.

Bob Jones U. apologizes for racial past

GREENVILLE, S.C.– Bob Jones University, a fundamentalist Christian school in South Carolina, has apologized for its “racially hurtful” past policies.

In a statement posted on its Web site, the university blamed its policies on the “segregationist ethos” of the United States.

“Consequently, for far too long, we allowed institutional policies regarding race to be shaped more directly by that ethos than by the principles and precepts of the Scriptures,” the statement said. “We conformed to the culture rather than provide a clear Christian counterpoint to it.”

Interracial dating and marriage was banned until 2000, a policy the administration justified based on a commandment given Moses against the mixing of unlike things. That became an issue during the presidential campaign when George W. Bush spoke on the campus.

And to further understand BJU: The clothes make the man.

BJU bases its dress codes for men and women on the application of the principles of modesty, gender distinction, appropriateness and distinction from the world. ….

Brand Restrictions. Abercrombie & Fitch and its subsidiary Hollister have shown an unusual degree of antagonism to the name of Christ and an unusual display of wickedness in their promotions. In protest, articles displaying their logos are not acceptable to be worn, carried, or displayed (even if covered or masked in some way).

Go here for a dark chuckle.

See much difference in BJU and a strict Islamic Madrassa? Read this student expectation extract:

“Students are challenged to develop Christlikeness that is evidenced in consistent Christian character. To help each student to grow in Christlikeness, BJU has a reasonable, just, and firm disciplinary system.

Loyalty to Christ results in separated living. Dishonesty, lewdness, sensual behavior, adultery, homosexuality, sexual perversion of any kind, pornography, illegal use of drugs, and drunkenness all are clearly condemned by God’s Word and prohibited here. Further, we believe that biblical principles preclude gambling, dancing, and the beverage use of alcohol.

We want students to have wholesome social opportunities in a setting that provides accountability for biblical requirements of purity. It is with this in mind that we chaperon campus activities where men and women students are present and require a chaperon when students date or interact in a mixed group off campus.”

And to think, some of us went to UT in Austin when we could have been socially neutered and made brain dead in South Carolina!