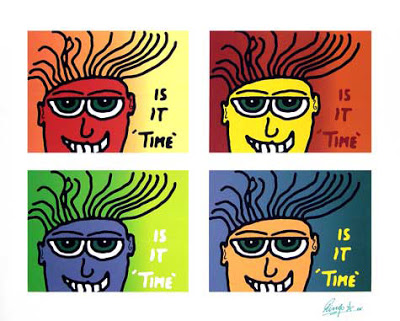 When Senator John McCain serenaded reporters last April with his “Bomb Bomb Iran,” I had to wonder. Was this a taste of his aging flyboy humor? Or was he telling us what to expect should he ever become president? We may never find out. If Vice President Dick Cheney has his way, he will beat McCain to the punch, possibly as soon as late May, after President George W. Bush returns from celebrating the 60th anniversary of Israel’s creation.

The evidence is surprisingly public, though in several bits and pieces that fit together like a jigsaw. I hope that I’m wrong in how I’ve put the puzzle together, but here’s how it looks to me.

On February 25 of this year, Cheney made a surprise visit to the Sultanate of Oman, a longtime military ally just across the Strait of Hormuz from Iran. He had come, an Omani official told The Associated Press, “to discuss regional security issues, including the US standoff with Iran over its nuclear program.”

A little over three weeks later, Cheney returned to Oman as part of a ten-day visit to several countries in the region, including Israel, Turkey and Saudi Arabia. While in Oman, he gave an interview to Martha Raddatz of ABC News. “Can you foresee any point where military action would be taken?” Raddatz asked. Cheney tried to downplay the question, but Raddatz persisted, asking specifically about the National Intelligence Estimate (NIE), which concluded that Iran had shut down its nuclear arms program five years ago.

Cheney read the NIE differently. The Iranians definitely had a program to develop a nuclear warhead, which they apparently stopped in 2003, he insisted. “We don’t know whether or not they’ve restarted.” Cheney emphasized that the Iranians were continuing with their uranium enrichment, which – he said – would give them the fissile material to make nuclear weapons. He offered no evidence that the Iranian program would or could produce the highly enriched uranium they would need to make a bomb.

“VP: Iran May Have Resumed Weapon Program,” the headlines ran. “Cheney: Iran might be next US target.” The Israeli web site DEBKA added that Cheney was specifically talking about possible US military action in the region to shut down Iran’s nuclear program.

Punctuating Cheney’s remarks, the US Navy continues to build up its forces in the region, which now include two nuclear aircraft carriers and strike groups capable of attacking Iran or defending against missile attacks from Iran. America’s military brass are also chiming in. The Pentagon is considering “potential military courses of action” against Iran, warns the nation’s top military officer – Adm. Michael Mullen, chairman of the Joint Chiefs of Staff. “It would be a mistake to think that we are out of combat capability.”

Mullen presented his threat, he said, as a response to Iranian support for Iraqi militias fighting US forces, as well as their support for Hamas, Hezbollah and the Taliban in Afghanistan. He also repeated as fact Dick Cheney’s belief that Iran was pursuing nuclear weapons. Mullen raised all this the day after the CIA reported to Congress that North Korea had supplied Syria with a nuclear reactor, which an Israeli air strike had destroyed last September. Mullen’s timing added weight to his threat and raised the question of what role Israelis might play in an airstrike on Iran.

Cheney himself touched on the question when he returned from his ten-day trip. In an interview with neo-conservative journalist Hugh Hewitt, he mentioned the widely reported threats that Iranian President Mahmoud Ahmadinejad has made against Israel. “I know the Israelis well enough, and I was just there a couple of weeks ago, to know there isn’t any way they’re prepared to ignore those kinds of statements coming out of Tehran,” said Cheney. “They have to take them seriously, given their history. And I think they perceive the possibility of an Iran armed with nuclear weapons as a fundamental threat to the very survival of the state of Israel.”

What exactly would the Israelis do? Cheney refused to say. But an Israeli airstrike against Iran would prove far more difficult than the strike against Syria, and the Israelis would likely need American help in clearing the airspace over Iraq, guaranteeing non-interference from Saudi and other Arab air forces, sharing satellite intelligence, blinding Iranian radar, and possibly refueling the Israeli planes. The Israelis would, of course, use long-range F-15s and bunker-buster bombs that the US supplied, while the Iranians have announced that they will respond to any attack as coming from both Israel and the United States. With all this in mind, Cheney might well want the Israelis to make the first strike, and when the Iranians try to retaliate, American forces could intervene “in self-defense” and “defense of our ally Israel.”

To be sure, others have previously predicted American and Israeli airstrikes against Iran, and those strikes never happened. Hopefully, my parsing of the tea leaves will fail as well, either because of intervening events or a decision by Bush not to press ahead. But Cheney has clearly started the war drums beating, and unless Congress shows far more gumption than it has on Iraq, I would not plan a late spring or summer trip to Iran or anywhere else in the Middle East or Persian Gulf.