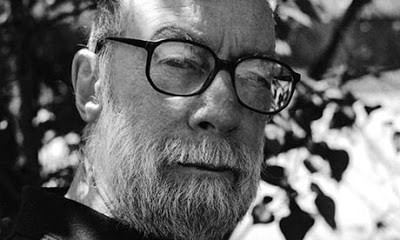 Born of a working class family in Akron, Ohio, Carl Oglesby grew to become an influential radical activist, writer, and thinker from the 1960’s until the time of his death in September of this year. Elected President of Students for a Democratic Society (SDS) in 1965, Oglesby, a gifted orator, gave one of the more memorable speeches against the Vietnam War at a massive March on Washington Rally in November 1965.

He was the author of many books, notably Containment and Change, The New Left Reader, Who Killed JFK?, and his last published work in 2008, his memoir, Ravens in The Storm. An accomplished musician, he composed and sang his own songs on two recorded albums, Carl Oglesby (1969) and Going to Damascus (1971).

Carl died of cancer on September 13, 2011, and a memorial celebration in his honor was held in Cambridge, Massachusetts, on November 4.

Somewhere, call it heaven, the spirit of Carl Oglesby managed to occupy the entire outskirts of paradise on a brilliantly cool and crystal clear night in Cambridge, Massachusetts. Here, in Harvard Square’s Old Cambridge Baptist Church, just a few blocks from where he once lived, some 150 or so old friends, lovers, family, colleagues, and admirers gathered to remember a man.

Befitting Carl, the talks were long, sometimes very long. Some read from Carl’s early plays, some from his speeches and published writing.

Bob Katz, an early collaborator with Carl on the Assassination Information Bureau, recalled a trip with Carl to Boulder in the early 1970s. The two had come for an alternative media conference and during one of the many breaks in the conference they took a long hike with some of us Boulder folks into the mountains. Carl suddenly vanished as the sun disappeared behind the Rockies and just as some began to worry about what had happened to him, the familiar lilting sound of a flute filtered down through the trees. “He could still be there even when he wasn’t,” Bob thought, “much as he is here tonight even when he isn’t.“

Did you know there were over 15,000 pages of Carl’s FBI files compiled? Neither did I, but apparently that’s what Attorney Jim Lesar found in plying free Carl’s files under the Freedom of Information Act. Carl also has appeals pending concerning the JFK assassination, and the case of the World War II Nazi spy, General Reinhard Gehlen, who apparently continued to operate his Nazi spy ring with American complicity after the war. Carl’s partner, Barbara Webster, and his three children will now become plaintiffs in the still-pending suits.

Todd Gitlin remembered how Carl occupied SDS, all of SDS, during the period of its rapid growth from relative obscurity, and Alan Haber recounted how he and Carl had discussed a 50th SDS reunion commemorating the Port Huron statement.

Perhaps most touching and real, however, were the remembrances of Carl’s children — Aron, Caleb, and Shay. Only perhaps in the immediate aftermath of death, at that tipping point before the gossips of history carve their initials on what comes to be regarded as unquestioned fact, does the full measure of a life get a brief chance to be heard — and then, usually, only by those who came to know the whole person including the missing pieces.

Families and loved ones are often the best at this. And this night was no exception. Shay Oglesby-Smith performed a musical tribute to her dad, a rephrasing of “My Favorite Things,” sung a cappella and with hauntingly beautiful lyrics that only one of Carl’s daughters could pen.

Aron shared a hidden side of her dad that maybe, “if only subconsciously,” sought to inhabit the role of the tragic hero, trying “to do impossible things he thought were right.”

Caleb’s family slides showed Carl as a young boy, as an actor portraying the Earl of Kent in Shakespeare’s King Lear, as a gifted musician and songwriter, and simply, as Carl the man — the skinny man in his early 30’s tightly gripping his kids in his arms, the fiery bearded long-haired man giving razor-edged speeches, the dapper tuxedoed man at Caleb and Shay’s wedding, the beaming tender man posing proudly with his new grandchild.

Carl Oglesby the actor, the musician, the playwright, the radical activist, the father, and the man, was 76 years old.

[Bruce Goldberg is a former SDS organizer and friend of Carl Oglesby.]