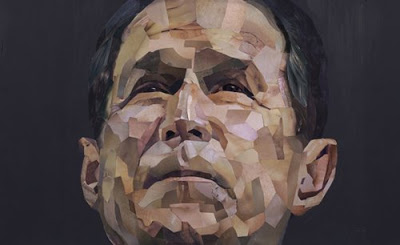 Hugh’s List of Bush scandals: ‘Most are breaches of the public trust, many violations of Bush’s Oath of Office. The rest are crimes and War Crimes.’

Any American who has a simmering anger after eight years of George W. Bush as president will want to bookmark the links below to a web site simply titled:

A progressive named Hugh started making a list of Bush scandals in late 2006. A blog, firedoglake, provided its initial exposure. Firedoglake loves challenges, so Hugh didn’t even have to ask for help. The first entries were very brief. One site remembers,

Hugh edited each entry by adding enough information so that even a mainstream media reporter would understand what event or action the entry implied or recognized. All of these entries – there are finally 400 – are worse than a president getting a hummer from another adult under the Oval Office desk. Most are breaches of the public trust, many violations of Bush’s Oath of Office. The rest are crimes and War Crimes.

Hugh’s List is a Creative Commons Attribution-Noncommercial 3.0 site. We are offering our readership free access to this scholarly and unique undertaking.

The Table of Contents itself is breathtaking:

Here is a brief excerpt from the first paragraph of the last entry.

Of the 2922 days Bush was President he spent all or part of 1,020 of them on vacation (35% of his time in office). This includes 487 days at Camp David, 490 at his ranch in Crawford, and 43 days at his family’s compound in Kennebunkport. If there is one word which typifies this and Bush, it is AWOL. The man has been AWOL his whole life. You have only to look at his academic career or his lack of it. […]

But the blame does not belong to him. It never does with an AWOL man. No, it belongs with us who, as a nation, for 8 years took a vacation from ourselves and our responsibilities. We had not just an AWOL President with Bush but an AWOL age. Now Bush is gone, as AWOL as ever, and we are left to deal with his legacies.