Posted on September 3, 2020 by Thorne Dreyer

This novel demonstrates that readers are in the able hands
of a noir master. 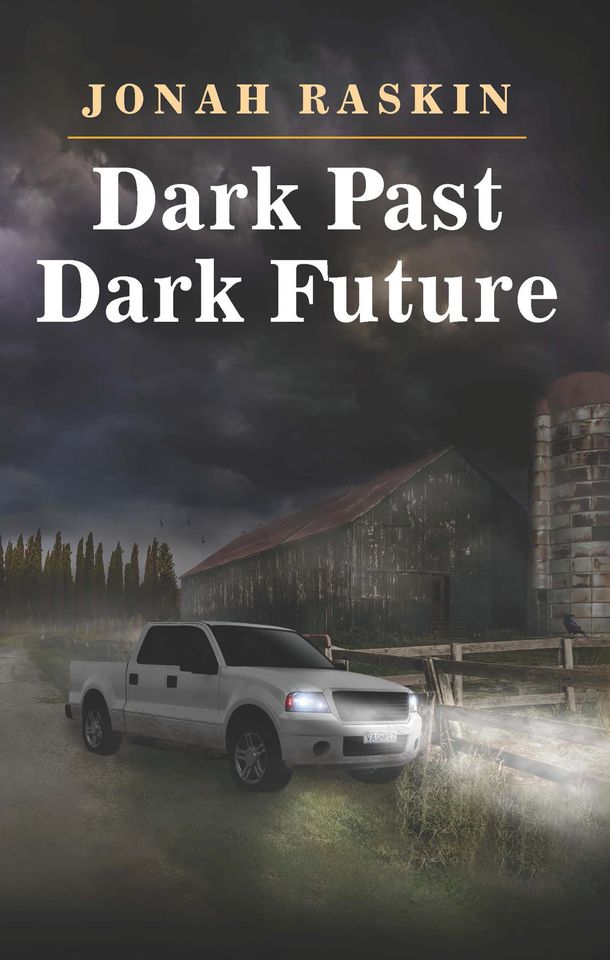 Raskin, prolific author of numerous works, brings not only his passion for film noir and the works of such authors as Dashiell Hammett and other luminaries of the darkness, but his down and dirty knowledge of the Sonoma Valley.  It serves as a springboard for this worthy fictionalized “Valley,” as he brings Tioga into her latest web of danger which is filled with a cast of characters as mysterious and duplicitous as one might hope for and expect — in a world of drugs, ego and, disturbingly, the grim specter of sexual violence.

Raskin shows that when it comes to the past, there’s always more where that came from.  Tioga’s multiple cases around the Valley — in the life of a work-a-day ace detective at times violent and banal — bring past and present together in an unexpected mix that tears the veneer of civility off the grandeur of the region and plummets the reader into the seedy underbelly of “Valley” life and the various characters that inhabit its, often, sunlit shadows.

It is a testament to Raskin’s engagement with both the place and its place in time.

His intimate knowledge of the Sonoma Valley, and the current shared reality of the world, brings aspects of the “ripped from the headlines” portions of the novel’s plot into the heart of the book that makes it both timely and terrifying. It is a testament to Raskin’s engagement with both the place and its place in time — however fictionalized.

Some will likely find segments of the book quite disturbing. If they did not find them so that would, likely, be reason for concern. In an unusual opening for a murder mystery, the author writes a note to the reader that contains the contact information for the National Sexual Violence Resource Center. Not only is this a helpful connection for those who may be in danger, but it’s also a demonstration that while certain passages of the book are quite explicit and some contain an underlying theme of abuse, the author is not using these in an exploitative way, but as a means to explore these vitally important aspects of the global abuse of women.

However, despite the darkness, Raskin reminds us that there is always some sliver of light. And that light is the central character of the book: Tioga Vignetta. She’s tough, tender, and at times as brutal as the world around her. Readers will want to follow Tioga into the heart of the matter in the tradition of all great fictional detectives.

The brilliantly stylized writing of the book deserves
special mention.

The brilliantly stylized writing of the book deserves special mention.

Early on, Raskin is able to achieve a tonal quality that demonstrates that readers are in the able hands of a noir master. It is obvious that Raskin has taken a lifelong love of the genre and imbued it into the writing style of the books in the Tioga series – most notably, perhaps, in his latest work. While readers who enjoy a good mystery will find themselves in for a compelling — and sometimes highly disturbing — journey, those with a passion for the tone, pacing, and dialogue reminiscent of the greatest of noir will feel right at home.

In a particularly trenchant passage where Tioga finds herself in a fix, Raskin brings the reader to a place “where the dark past lived eternally, where fathers had murdered their sons, where daughters had destroyed their mothers, where animals had been slaughtered and humans drank their blood. Perhaps the ghoul would burn her as a witch and watch her go up in flames. If only her death meant something. That’s what she wanted. Not to live forever, but to die accepting the onrush of the inevitable.”

And just like the grittiness of noir, this is a book I liked to feel in my hands, to bend the pages to return to chapters out of the sheer pleasure of experiencing the wording and feel of the book — like one might return to a favorite noir film. It is the visceral physicality of the story that Raskin brings to the reader. The grim reality of a work of fiction that, disturbingly, mirrors too many aspects of our dark world.

As for Tioga herself — like Sam Spade and others — one can imagine that many adventures may lie in store for her and that she may save many lives and solve many mysteries both in “The Valley” and beyond. I, for one, hope to meet Tioga Vignetta again. Only time will tell what the dark future will bring.