Campaign Finance : Will the Supremes Dance on Democracy’s Corpse? 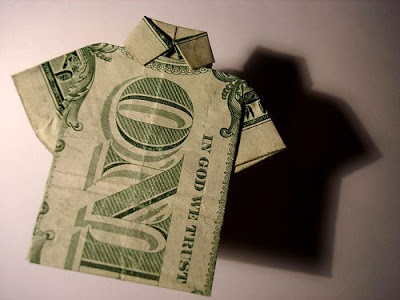 The Court may be poised to shred a century of judicial and legislative attempts to preserve even a semblance of restraint on how Big Money buys laws and legal decisions.

The Four Courtsmen of the Apocalypse are poised to finally bury American democracy in corporate money. The most powerful institution in human history — the global corporation — may soon take definitive possession of our electoral process.

It could happen very soon.

While America agonizes over health care, energy and war, Justices John Roberts, Antonin Scalia, Sam Alito and Clarence Thomas could make it all moot. They may now have the fifth Supreme Court vote they need to open the final floodgates on corporate spending in political campaigns.

In short, the Court may be poised to shred a century of judicial and legislative attempts to preserve even a semblance of restraint on how Big Money buys laws and legal decisions. The ensuing tsumani of corporate cash could turn every election hence into a series of virtual slave auctions, with victory guaranteed only to those candidates who most effectively grovel at the feet of the best-heeled lobbyists.

Not that this is so different from what we have now. The barriers against cash dominating our elections have already proven amazingly ineffective.

But a century ago, corporations were barred from directly contributing to political campaigns. The courts have upheld many of the key requirements.

Meanwhile the barons of Big Money have metastasized into all-powerful electoral juggernauts. The sum total of all these laws, right up to the recently riddled McCain-Feingold mandates, has been to force the corporations to hire a few extra lawyers, accountants and talk show bloviators to run interference for them.

Even that may be too much for the Court’s corporate core. John Roberts’ Supremes may now be fast-tracking a decision on CITIZENS UNITED v. FEDERAL ELECTION COMMISSION, centered on a corporate-financed campaign film attacking Hillary Clinton. According to the Washington Post’s account of oral arguments, “a majority of the court seemed impatient with an increasingly complicated federal scheme intended to curb the role of corporations, unions and special interest groups in elections.”

Former solicitor general Theodore B. Olson, who in 2000 “persuaded” the Court to stop a recount of votes in Florida and put George W. Bush in the White House, said such laws “smothered” the First Amendment and “criminalized” free speech.

The conservative Gang of Four has already been joined by Anthony Kennedy, the Court’s swing voter, in signaling the likely overturn of two previous decisions upholding laws that ban direct corporate spending in elections. 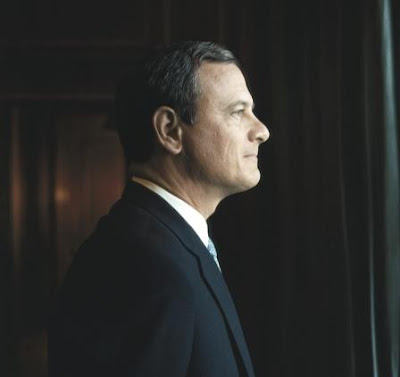 Chief Justice John Roberts: Breach of faith?
When he was confirmed as the Court’s Chief, Roberts promised Congress he would be loathe to overturn major legal precedents. But the signals of betrayal now seem so clear that Senators John McCain and Russell Feingold have issued personal statements warning Roberts that a radical assault on campaign finance laws would be considered a breach of faith with the Congress that confirmed him.

Liberal Justice Ruth Bader Ginsburg did assert during oral arguments that “a corporation, after all, is not endowed by its creator with inalienable rights.”

But since the 1880s the courts have generally granted corporations human rights with no human responsibilities. Thom Hartmann (UNEQUAL PROTECTION) and Ted Nace (GANGS OF AMERICA) have shown with infuriating detail how corporate lawyers twisted the 14th Amendment, designed to protect the rights of freed slaves, into a legal weapon used to bludgeon the democratic process into submission.

Civil libertarians like Floyd Abrams and the American Civil Liberties Union have somehow argued that depriving these mega-conglomerations of cash and greed their “right” to buy elections might somehow impinge on the First Amendment.

But the contradiction between human rights and corporate power is at the core of the cancer now killing our democracy. As early as 1815 Thomas Jefferson joined Tom Paine in warning against the power of “the moneyed aristocracy.” In 1863 sometime railroad lawyer Abraham Lincoln compared the evils of corporate power with those of slavery. By the late 1870s Rutherford B. Hayes, himself the beneficiary of a stolen election, mourned a government “of, by and for the corporations.”

The original U.S. corporations — there were six at the time of the Revolution — were chartered by the states, and restricted as to what kinds of business they might do and where. After the Civil War, those restrictions were erased. As Richard Grossman and the Project on Corporate Law & Democracy have shown, the elastic nature of the corporate charter has birthed a mutant institution whose unrestrained money and power has transformed the planet.

Simply put, globalized corporations, operating solely for profit, have become the most dominant institutions in human history, transcending ancient emperors, feudal lords, monarchs, dictators and even the church in their wealth, reach and ability to dominate all avenues of economic and cultural life.

The Roberts Court now seems intent on disposing of the feeble, flimsy McCain-Feingold campaign finance law as well as the 1990 AUSTIN decision that upheld a state law barring corporations from spending to defeat a specific candidate.

Scalia, Kennedy and Thomas all voted to overturn McCain-Feingold in 2003, and nobody doubts Roberts and Alito will join them now. The only question seems centered on how broad the erasure will be. This, after all, is a “conservative” wing whose intellectual leader, Antonin Scalia, recently argued that wrongly convicted citizens can be put to death even if new evidence confirms their innocence.

Should our worst fears be realized, the torrent of cash into the electoral process could sweep all else before it. With five corporations controlling the major media and all members of the courts, Congress and the Executive at the mercy of corporate largess, who will heed the people?

“We don’t put our First Amendment rights in the hands of Federal Election Commission bureaucrats,” Roberts said in the oral arguments.

Instead he may put ALL our rights in the hands of a board room barony whose global reach and financial dominance are without precedent.

At this point, only an irreversible ban on ALL private campaign money — corporate or otherwise — might save the ability of our common citizenry to be heard. Those small pockets where public financing and enforceable restrictions have been tried DO work.

A rewrite of all corporate charters must ban political activity and demand strict accountability for what they do to their workers, the natural environment and the common good.

It was the property of the world’s first global corporation — the East India Tea Company — that our revolutionary ancestors pitched into Boston Harbor. Without a revolution to now obliterate corporate personhood and the “right” to buy elections, we might just as well throw in the illusion of a free government.

This imminent, much-feared Court decision on campaign finance is likely to make the issue of corporate money versus real democracy as clear as it’s ever been.

[Harvey Wasserman’s History of the United States is at www.harveywasserman.com, along with Solartopia! Our Green-Powered Earth. This article was also posted at www.freepress.org, where Harvey and Bob Fitrakis will soon write on the monopolization of voting machines.]

5 Responses to Campaign Finance : Will the Supremes Dance on Democracy’s Corpse?