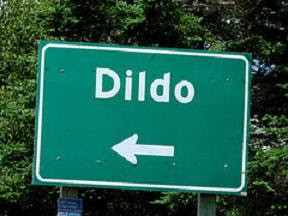 It looks like the 14th Amendment is going to win out over Texas Republican Attorney General Greg Abbott.

The 5th Circuit Court of Appeals has rejected a request by Abbott to have the entire circuit court re-evaluate a ruling made earlier this year that found a Texas law banning the marketing and sales of certain sex toys an unconstitutional violation of the right to privacy under the 14th Amendment. Any appeal would now have to be made and accepted by the United States Supreme Court and there is no word from the AG’s office if they will seek to do so.

Houston Chronicle: Companies that own Dreamer’s and Le Rouge Boutique, which sell the devices in its Austin stores, and the retail distributor Adam & Eve sued in federal court in Austin in 2004 over the constitutionality of the law. They appealed after a federal judge dismissed the suit and said the Constitution did not protect their right to publicly promote such devices.

The appeals court struck down the ban in February, ruling that it violated the right to privacy guaranteed by the 14th Amendment.

I believe that prior to this ruling, certain toys, if owned, had to be considered “educational or instructional” devices.