Climate Bill : Morphing into a Monster? 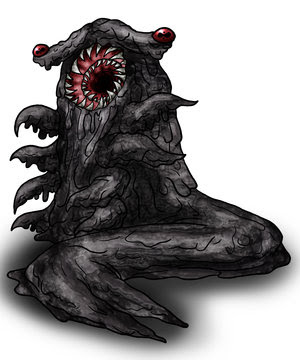 Is the climate bill morphing into an excuse to promote fossil fuels and new nuclear power plants?

Sen. John Kerry’s (D-MA) recent promotion of a pro-nuke/pro-drilling/pro-coal agenda in the name of “climate protection” has been highlighted in a New York Times op ed co-authored with Sen. Lindsay Graham (R-SC). The piece brands nuke power “our single largest contributor of emissions-free power.” It advocates abolishing “cumbersome regulations” so utilities can “secure financing for more plants.” And it wants “serious investment” to “find solutions to our nuclear waste problem.”

Also on the table are vastly expanded permits for off-shore drilling. And Kerry/Graham have talked of making the U.S. “the Saudi Arabia of clean coal” while bringing “new financial incentives for companies that develop carbon capture and sequestration technology.”

If you think pushing nukes, oil wells and coal mines to “prevent global warming” is counter-intuitive, you ain’t seen nothin’ yet.

The give-aways are allegedly meant to attract GOP votes. The joint Kerry/Graham op ed is being billed as a “game changer.”

But even with provisions pushing a hundred new reactors in the U.S. alone, some GOP stalwarts hint they would NEVER vote for a bill that includes cap-and-trade clauses. So is the GOP set to play the same game with climate legislation as it has with health care: prolong negotiations, gut the substance of reform, demand — and GET — untold corporate giveaways, and then oppose the bill anyway?

What thin green substance survives could be limited to a few showpiece handouts for renewables and efficiency, with cap-and-trade as the centerpiece. But many environmentalists argue that cap-and-trade could create yet another costly bureaucracy with little real impact on the climate crisis.

To get real about solving this crisis, Congress should demand — and fund — a definitive national transition to energy efficiency and modernized mass transit. We still waste half the energy we consume. There’s no source of usable juice cheaper and quicker to install than increased efficiency.

Taxes on carbon and other forms of “ancillary” pollution would help if they assess radioactive emissions (from coal as well as nukes), destruction of our oceans,lakes and rivers, removal of mountain tops, creation of nuclear waste, and so on.

Merely axing the subsidies to King CONG (Coal, Oil, Nukes & Gas) and rendering a level playing field for true green energy sources to fairly compete with the old fossil/nukes would take us a long way up the road to Solartopia. A feed-in tariff that rewards renewables for the pollution they avoid would also help.

Without all that, the climate bill’s outright negatives could be huge. Atomic reactors can do little or nothing to bring down carbon emissions. Projected construction costs for new nukes have jumped from $2 billion to $13 billion and counting. Body-blows to the all-but-dead Yucca Mountain nuke waste dump have left the industry, after 50 years, with nothing tangible to do with some 50,000 tons of spent lethal radioactive fuel rods.

And after a half-century, the industry cannot command private construction financing or private liability insurance to cover a catastrophic melt-down or terror attack. Even if reactors could help with greenhouse gas emissions, it would take a trillion dollars or more to make a noticeable dent, and a decade or more for such reactors to begin to come on line.

But the reactor lifeline does not flow through licensing or waste. Because it has failed as a commercial technology, the industry must have massive infusions of cash and loan guarantees. The climate bill’s real damage will be measured by the size and scope of reactor subsidies, if any.

Kerry’s willingness to entertain “clean coal” and new offshore oil drilling as “solutions” for climate chaos staggers the imagination. It seems to signal that King CONG still owns Washington, and that any meaningful Congressional push for green power will demand serious redirection from the grassroots.

But Democrats are desperate for SOMETHING to show at December’s Copenhagen Climate Conference. The question is: how much will they give fossil/nuke Republicans to get a bill — ANY bill — with the world “climate” attached?

“A carbon-free, nuclear-free energy future is within the Senate’s reach,” says Michael Mariotte of the Nuclear Information and Resource Service. “The approach laid out by Kerry and Graham would lead to a climate bill in name only.” NIRS is organizing a national call-in this week. A nationwide series of demonstrations for the environment will take place October 24.

Preserving our ability to survive on this planet demands we phase out fossil fuels and nuclear power, and win a green-powered Earth based solely on renewables and efficiency. Ultimately, we cannot live with less.

[Harvey Wasserman’s Solartopia! Our Green-Powered Earth is at www.solartopia.org. He is senior advisor to the Nuclear Information and Resource Service, and senior editor of www.freepress.org, where this article also appears.]

9 Responses to Climate Bill : Morphing into a Monster?