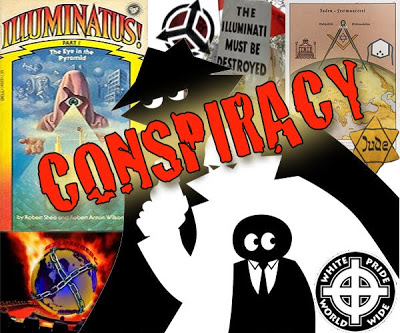 Some time ago a kid I had years earlier been asked to sponsor at an Eagle Scout awards ceremony invited me to his wedding. Call him Stan. He had razor sharp quick wit and an unquenchable interest in everything around him. From a poor background, Stan was a likable young redneck who had managed to earn the merit badges needed to become an Eagle Scout. He clearly had a high IQ which had gone unchallenged for most of his young life.

I was given a map to the location of the wedding. It was far out in the country up north of the coastal Biloxi-Gulfport metro area. I had always marveled at how in less than half an hour one enters thick pine forests and a totally different world, detached from the tourism, golf courses, beaches, and all the glitz of the casinos “down on the coast.”

The wedding at an old settlement church at the end of a gravel road was brief, plain, and functional. The bride’s full skirt helped conceal her pregnancy. The reception was in a large room beneath the church. Women and kids shuttled in bags of chips and other snacks from the cars and trucks outside.

Stan’s new bride poured me a paper cup full of Hawaiian Punch right out of the can as friends and family gathered for the party. Stan introduced me to his father, a rumpled rather dour man in his 40’s. He shook my hand and almost immediately pulled me aside from the others and looked me in the eye conspiratorially and asked what I knew about “the new world order.”

I didn’t know what he was talking about. Stan walked over briskly before I could answer, and trying for a bit of levity, I said, “Stan your father just asked me if I knew about the new world order. I’m not sure, do you know if that order was for here or to go?”

Stan guffawed. His father stiffened and folded his arms across his chest. Stan quickly led me off to meet his mother and other relatives. He rolled his eyes and said, apologetically, “Man, I forgot to tell you about my old man. Just ignore him. He is all off into that kind of stuff.” I had just met my first conspiracy theorist true believer face to face and it was unsettling.

I later would learn the wide range of beliefs in secret societies and evil plans afoot all designed to bring ruin, harm or even imprisonment. British polemicist, Cristopher Hitchens, defines conspiracy theories as the “exhaust fumes of democracy.”

Those who ramble on about the Freemasons, the Tri-Lateral Commission, satanic cults, “the Clinton body count” and of course, the “birthers” are a duke’s mixture of folks whose angst and anger can be traced back some 2,000 years. Early believers felt that a religious, social, or political group or movement would cause a major transformation of society for better or worse, depending on what one was believing. World domination or end of the world… depending.

Early Christian Millenarian groups proclaimed that the current society and its rulers were corrupt, unjust, or otherwise wrong. The Lutherans in about 1520 condemned the Millenarians. Countless new “we are right and you are wrong” cults and sects have been forming ever since, based upon narrowed religious interpretations, politics, pseudo science, and lots of rumor and wild speculation.

America has its own religious sects with their very own prophets, founders and teachings including Mormons, Jehovah’s Witnesses, Scientologists, and Christian Scientists just to name a few. All seem good folks seeking enlightenment, proclaiming peace and goodwill and devotion to good works.

Former Massachusetts Governor, Mitt Romney, as well as U.S. Senators Orrin Hatch and Harry Reid, are among 16 Mormon members of Congress in both houses who wear “sacred underwear” to remind them of a “continuing need for repentance and obedience to God, the need to honor binding covenants voluntarily made in the temple, and the need to cherish and share truth and virtue in our daily living.” Visitors are not allowed into the inner sanctum of their huge temple in Salt Lake city, however.

Extreme fringe groups may claim a loose Christian connection but they also easily mix in hatred, racism, paranoia, and patriotism. Hundreds of obtuse and extremist groups flood the internet with classic conspiracy beliefs including the American Nazi Party, White Power Worldwide, several skinheads groups and deniers of all sorts. On November 18, 1978, a charismatic psychopath, Jim Jones, founder of the conspiracy-based People’s Temple, led his gullible and devoted followers into one of the largest mass suicides in history, convincing 918 people to drink poison-laced Kool-Aid.

But if we dial down the level of these extreme examples of anger, political confusion, misplaced faith and too often, gullible ignorance, we can get a picture of conspiracy-based protests and activity in America today.

We already have a 2012 doomsday prediction and in the news this week, the Michigan Militia, calling themselves “Christian warriors” and training to battle the Antichrist, were planning to kill a police officer then set off roadside bombs to kill policemen who would gather en masse for the funeral. Nine of those folks have just been rounded up and jailed. Prosecutor, U.S. Attorney Barbara McQuade, said of the group, “They fear this ‘new world order’ and they thought that it was their job to fight against government — the federal government in particular.”

Fifteen years ago Stan’s father’s “new world order” beliefs were less militant but probably not too fundamentally different from those of the Michigan Militia “Christian Warriors.” But 15 years ago he and his buddies mostly railed and fumed amongst themselves, reinforcing their beliefs and forming bonds in their churches, clubs, and civic organizations.

Conspiracy believers, who are so easily influenced by rumors, innuendo, and outright lies, are, however, not easily dissuaded from their view of the world, even after the rumors, innuendo, and outright lies have been totally and repeatedly debunked. They cling to those beliefs because it allows them to be members of a group and it sustains a sense of belonging. Intellectual challenges are seen as threats to what they fiercely already know to be the “real truth.”

The USA’s landing on the moon, for example, is still thought to be a hoax, all filmed on a movie set. Fox news even aired “Conspiracy Theory: Did we land on the moon?” Even with moon rocks having been studied by scientists around the world and proclaimed to be of extraterrestrial origin, conspiracy nuts like Bart Sibrel were still out there screaming about the “government coverup.”

Sibrel might have had some sense knocked into him when he confronted Buzz Aldrin in 2002 and called him a “coward and a liar.” Aldrin, 72 years old at the time, socked Sibrel a good one in the jaw.

Today’s conspiracy theorists have what they feel is a rock-solid target with a black president having been elected by “liberal Democrats.” That he is a constitutional scholar, has worked at the grass roots with the poor and disadvantaged after becoming a Harvard educated attorney, and is extremely bright and “motivates the world” is proof enough for them that he is the Antichrist. And others who don’t believe in Antichrist predictions still don’t like him because he is black. Period.

The Tea Party crowd today certainly contains a large percentage of those disaffected supporters from the McCain-Palin rallies where we heard shouts of “kill him!” and other violent epithets against Barack Obama. Obama’s clear victory validated a mandate for change. But the Republican party has pledged to keep Obama from succeeding, no matter the consequences for the country. Many ultra-conservatives have taken his election as a personal insult.

What better way to divert attention from the catastrophic eight years of the Bush-Cheney administration than to fan the flames of discontent with renewed conspiracy theories and tacit encouragement for simmering racism to come out into the open once again. Tea Party extremists were easily whipped up to scream “nigger, kike, fagot, baby killer” at the nation’s Capitol where some actually spit upon elected officials. Republicans stood on the balconies of the Capitol building holding posters egging on the ranting mob below. What a great Tea Party everyone was having!

President Obama and his administration have had the stamina and calm determination to take on the toxic Bush political and financial disasters with unpopular, costly damage control while also moving forward with other badly needed and long ignored major legislation. Obama’s perseverance resulted in beginning historic health care reform legislation.

Applauded by many at home and around the world, this progress has, however, created increased fear and anger among Obama’s detractors rather than generating hope. The clouds of dissent are thickening, as Hitchen’s noted, from “the exhaust fumes of democracy.”

The last thing soured and riled-up conspiracy theorists and simplistic political protesters need is an even darker cloud over them. Perhaps their hot air will disperse their own exhaust fumes and allow some clear light to shine upon them. Or perhaps not.

35 Responses to Conspiracy Theories : Exhaust Fumes from the Angry